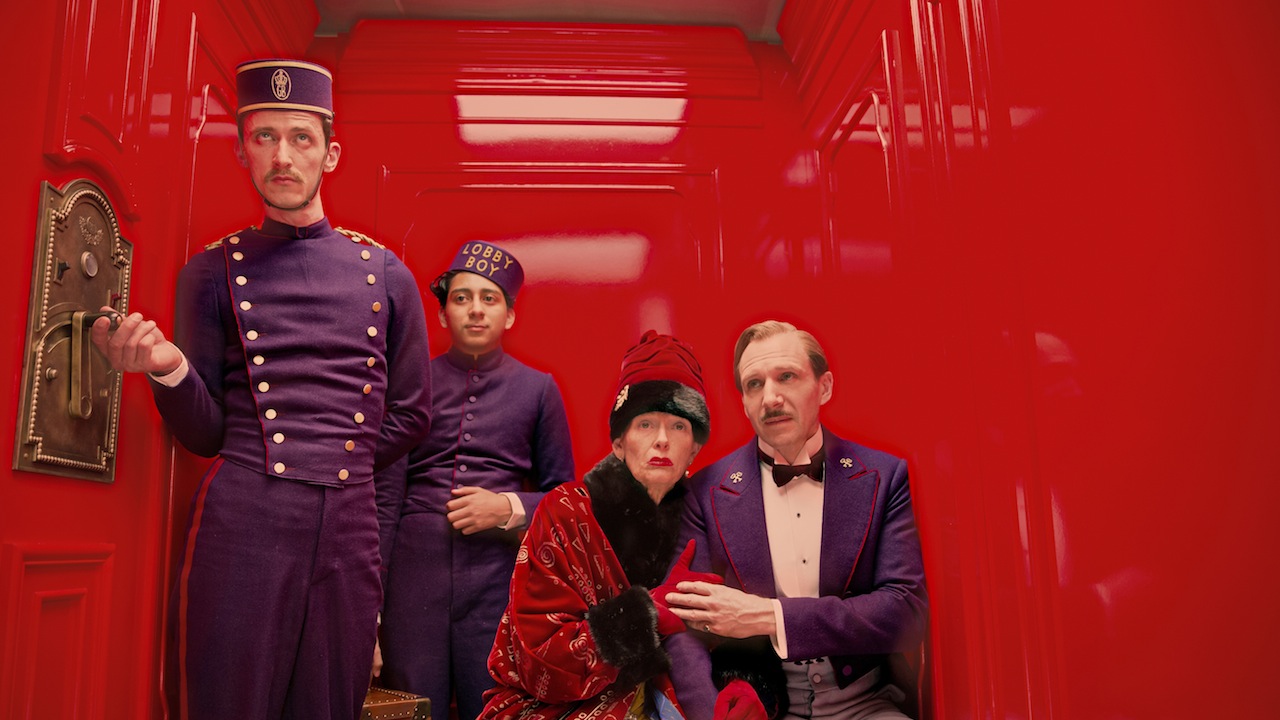 It’s been said that film critics can’t help but love Wes Anderson.  I can’t argue the point since I do in fact love him, or at least the majority of his work.  But in my defense, I was a Wes Anderson fan before I ever dreamed of being an actual film critic.  I saw The Royal Tenenbaums at a very formative time; right after I graduated high school.  I was seventeen, not sure what to do with my life, and experiencing the adult world one impactful bit at a time.  I chose film as a way to define my taste and artistic attitude, having grown up watching movies and always having been a critic at heart.  And so I saw Tenenbaums and it’s still my #1 favorite film of all time.  I began to soak up Anderson’s other films: Bottle Rocket, Rushmore, and Life Aquatic soon after.  In later years I would see Darjeeling Limited, Fantastic Mr. Fox, Moonrise Kingdom, and finally The Grand Budapest Hotel.  With the exception of Darjeeling, none of Anderson’s other films approached Tenenbaum status until now, Grand Budapest being the strongest of his films since I first saw the one that changed my life.

Told in flashback by a man who lived it, the story of the Grand Budapest Hotel is both wildly fantastic and incredibly heartbreaking.  Meet Zero Moustafa, a refugee from a war-torn land who has come to the famous European hotel to begin a better life.  He signs on as Lobby Boy under the respected and enigmatic Mr. Gustave H, the concierge of the hotel and the lifeblood of every event within it.  Gustave takes Zero under his wing, teaching him the secrets of a good hotelier, and becoming his fast friend.  So when one of Gustave’s mistresses dies, leaving behind a great fortune, the pair become blood-brothers & co-conspirators, attempting to win their share of the wealth.  But it won’t be easy.  Dmitri, the evil son of the deceased, wants the entire treasure for himself, threatening anyone who comes between him and what he sees as his rightful inheritance.  Gustave & Zero must survive & connive in order to keep their loot; evading the military, escaping prison, dressing in disguise, falling in love, and ultimately creating a bond between each other that will never break. Wes Anderson is talented beyond belief.  The amount of energy & detail that he puts into his films is unparalleled, crafting every single moment of every single scene with a genius that I’ve never seen before.  How can I help but love his movies?  The music, the colors, the attention to set, the beautifully bizarre characters, and of course the stories that somehow seem so mythical and so relatable at the very same time.  Grand Budapest is just another in a long line of his movies that works on every level.  The story is magical, set in a world of fairy tales on a mountain high above the doldrums of every day life.  The group of oddballs who live in the hotel & surrounding countryside exhibit every aspect of humanity, both positive and negative.  The songs in the background, the expected use of pink, the quirky dialogue, the impeccable comedic timing; it all screams Anderson and I immediately fall in love.  If that makes me a biddable film critic who would rave over anything he put in front of me, then so be it; I’ll take the odds and expect perfection.

But the greatest part of Grand Budapest isn’t the standard Wes Anderson touch.  It isn’t the camera work or the direction, the acting or the music.  No, the piece that makes the film wonderful is the connection between the two main characters, the love shared by Gustave & Zero, and the sadness of knowing that nothing lasts forever.  Tenenbaums worked because it had an emotional depth that is hard to put into words, you can only feel it and sigh.  Darjeeling worked for the same reason, as did Rushmore for that matter.  Anderson lays out his artistic style, brings a story into his world, but allows the characters to speak for themselves.  And that’s exactly what happened in Grand Budapest.  Gustave & Zero become the reason for watching, pushing all other filler aside.  Not that the extra fluff was bad, far from it.  The comedy was intense, the action was surprisingly adult, and all the cameo actors were perfect in their roles.  Willem Dafoe, Harvey Keitel, Bill Murray, Jason Schwartzman, Tilda Swinton, Tom Wilkinson, Owen Wilson, Bob Balaban; everyone had a small part to play and they played it well.  I assume it’s hard to be a director, but Wes Anderson makes it look so easy, pumping out films that are in a league of their own, stories I could turn around and immediately watch again.  The Grand Budapest Hotel is right up there with Anderson’s best work, a must-see for his fans, an artistic masterpiece that can’t be denied.