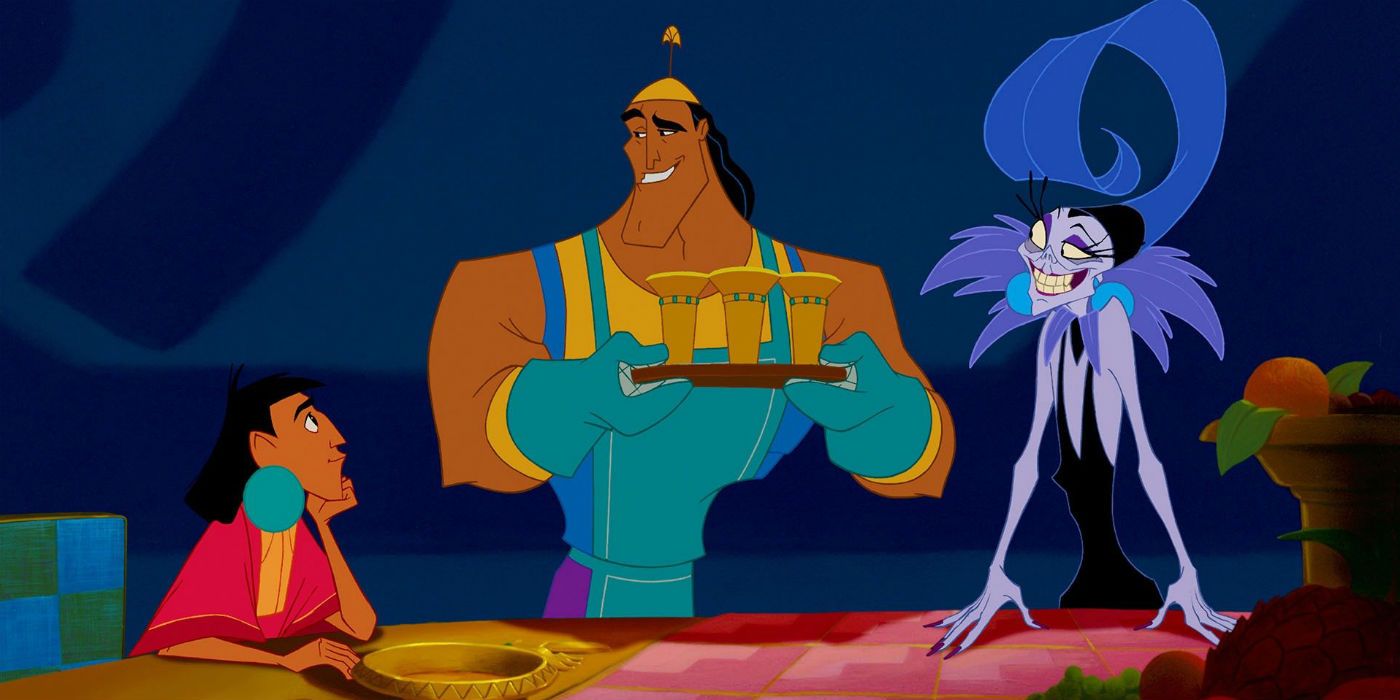 A lesser-known Disney Animation Studios film, The Emperor’s New Groove might help mark the beginning of Disney’s post-Renaissance slump, but it’s also the best among that ill-fated group, and should be considered a comedy classic that gets almost none of the respect it rightfully deserves.  That might all sound a little dramatic for a review of a silly kids’ movie about a talking llama, but I assure you this is a film to be a taken seriously.  Well, no, strike that, it’s goofy as all get out, but, in this case, that’s a good thing, a great thing, and should only help to convince you that TENG is an under-valued gem that only the deepest divers know about and know to love.

Kuzco is the selfish, young emperor of an Incan-like civilization in the mountains, where llamas are tame, jungles are wild, and no one dares throw off their touchy leader’s delicate “groove”.  You make Kuzco mad one time and you’re out on the seat of your pants looking for somewhere else to live, which is the exact situation Yzma finds herself in; the emperor’s chief advisor one day, homeless the next.  But she’s not leaving without a fight, or at least without revenge, and she attempts to poison Kuzco on the eve of her departure.  But instead of dead, he turns into a llama, which is weird, and Yzma becomes empress, which is weirder.  Now the unbearable Kuzco will have to enlist the aid of a commoner named Pacha, who he has already treated poorly, if he ever wants to be ruler, and human, again.  He has a lot to learn about fairness and friendship, but maybe llamas are better at picking up those lessons than people.

That you can buy this DVD for $4 is both a steal and a travesty; some times you see those prices and think “yeah that makes sense”, but I swear to you, in this instance, even Disney doesn’t know what value it has on its hands with this movie.  It’s worth so much more than a few bucks, because it has so much more to give than a few chuckles; there’s real humor here and real heart, if anyone would take the time to notice it.  I first watched this movie with a group of friends when I was a teen, kind of as a joke, but we all just adored it so much, for some inexplicable reason, and now, more recently, I’ve shared it with my kids, who had the same opinion of it as I did.  It’s fun, it’s funny, it’s smart and at the same time ridiculous, it’s a ‘wow’ of a good time, and the fact that no one seems to know about it only fuels my desire to tell people that it exists.  The voices are great: Spade, Goodman, Warburton (who really steals the show), the multi-talented Eartha Kitt, Wendie Malick.  All combined, TENG is a fun-sized bit of charming entertainment that will surprise with quality; how’s that for a ringing endorsement?