Movie Review – The Day After Tomorrow 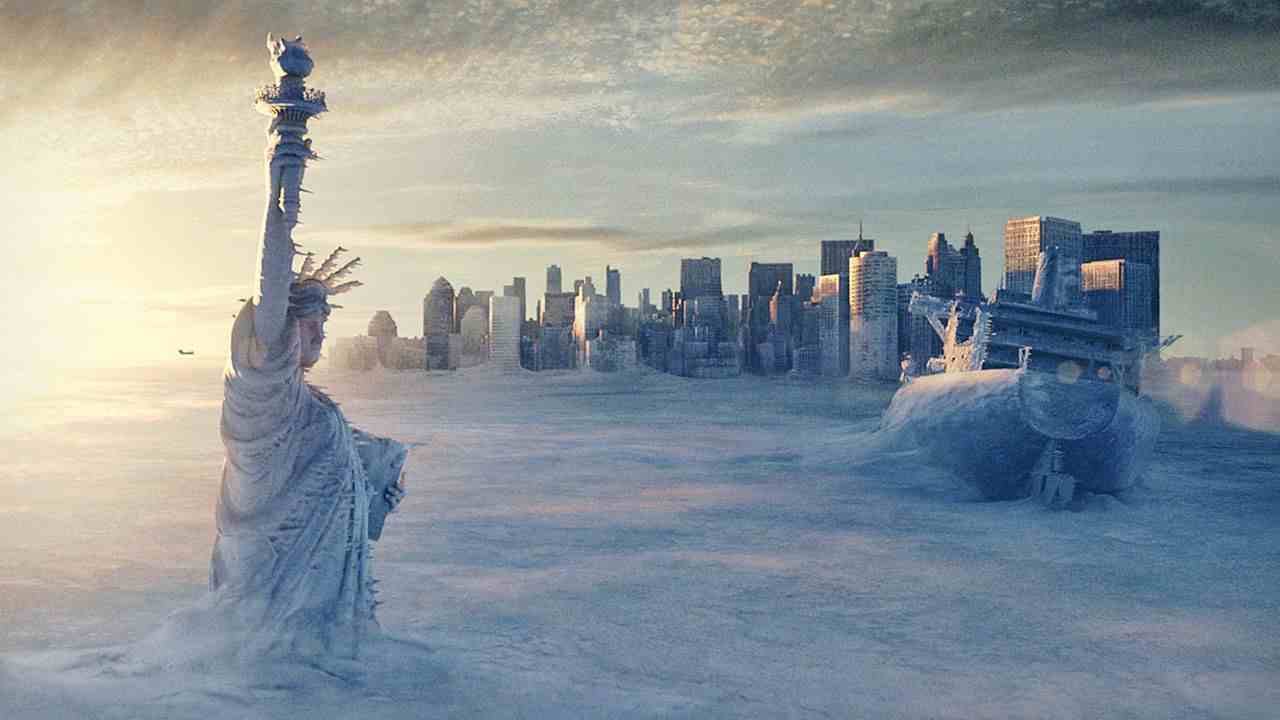 Movie Review – The Day After Tomorrow

I know we like to poke fun at Roland Emmerich, his movies are silly, but I really like The Day After Tomorrow and think it’s a super-solid disaster flick.  There is a long history of terrible disaster movies, end of the world plots, comets and aliens and tidal waves and armageddons galore, but this one stands out as a relatively strong piece of cinema.  Of course it doesn’t compare to top dramas, I understand that, but it fits a slot perfectly, a niche we automatically enjoy, and then does the job better than the rest just because it can.  I think that deserves some respect, and this movie deserves a watch.

Climate scientist Jack Hall has been warning people but they haven’t been listening; global warming is damaging the ice caps, which will change our oceans, which will cause climate shifts that we simply aren’t ready to deal with.  He projects that in some distant future we might enter another ice age, but even he didn’t realize the truth; that it was about to happen now.  A super storm the likes of which the planet has never seen descends upon the earth, and all living things are caught in a freezing blizzard that they might not be able to survive.  Jack’s son, Sam, is trapped in New York City, but if he can hold out, if he can survive the oncoming global disaster, his dad will find him and he will save him; it’s only a question of time, as the world is wracked by the awesome fury of change.

This is just a nice, strong, entertaining disaster movie, and that’s just what Emmerich knows how to develop.  He falters sometimes, but not here; this is his best.  It starts fast, gets us into the action right away, never lets off the gas, and becomes about the journey, the reunion, the survival, not all about the change itself.  There are thrills enough, but the film really comes down to the intensity of the story and the strength of the acting, which are both surprisingly great, and which lend to the success of the film as a whole.  Quaid, Gyllenhaal, Rossum, Ian Holm, Sela Ward, Adrian Lester; the cast kinda works, even Quaid, who we all know is a big cheeseball.  But somehow the film isn’t, until the very end perhaps, but by then I had bought in entirely, and I think you will too.