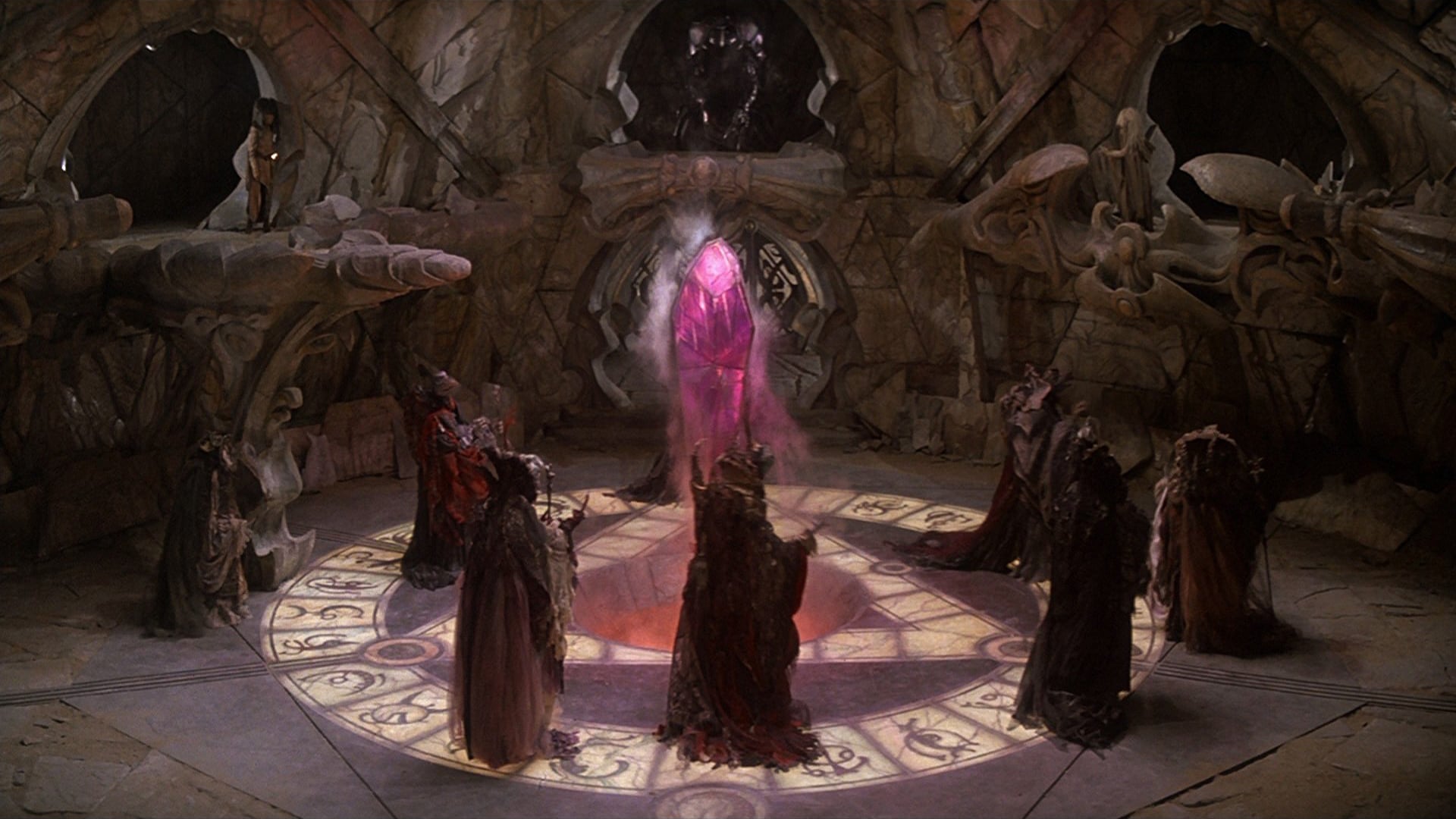 I recently went to a Jim Henson exhibit at a museum and got to see first hand, among other things, the original Gelfling puppets.  It was an awesome experience, and also served to make me yearn to watch The Dark Crystal, the creepy cult classic that Henson brought to life with his patented puppetry.  I was born a year after the film was released in 1982, I’ve seen it multiple times before, but my memories of it were fading; I took the exhibit as a sign that I needed to renew my acquaintance with this strange world.  I also needed to share it with my kids and prepare us all for the upcoming Netflix series, which looks to be quite awesome in its own right.  I’m glad I had the chance for a rewatch, because The Dark Crystal is a wonderfully bizarre way to spend an evening, amid magical creatures that never fail to impress and an epic adventure unlike any we’ve ever seen.

A thousand years ago on a far off planet with three suns, the Dark Crystal, a source of ultimate power, was cracked.  A shard of the Crystal was broken and lost, and two new species of being were released into a world already full of natural creatures and their peaceful companions: the power-hungry Skeksis and the already-ancient Mystics.  The Skeksis drove the Mystics away and began using the Crystal to give themselves near-immortal life, preying upon the creatures of the planet for food and the people of the realm for slaves.  The Mystics were wise and foretold a prophecy; that when the suns converged in a thousand years either the Skeksis would be defeated or they would rule forever, and that a lowly Gelfling would be the one to decide the future of the world.  As that fateful time approaches, Jen, the last of the Gelflings, must find the shard, take it back to the Dark Crystal, and heal the divide, before it’s too late.

One of Henson’s very best and Oz’s first, The Dark Crystal is a cult legend that watches well even after all these years.  The puppets are fantastic, and I had forgotten how many creatures we are introduced to, how different they all look, but how immersive the experience of meeting them can be.  The Gelflings are so cool, as are all their friends, and I even enjoyed the moments they are played by human actors, it only adds to the mystery and the entertainment.  My kids dug it, they’re into this kind of creepy, gloomy, wacky cinema, but I’m sure the style won’t be for everyone, and some children may even be scared, so make that decision for yourself.  But there’s a lot to love here, for whatever age you think appropriate; the music, the sets, the characters, the villains, the magic, the artistry.  Labyrinth gets a lot of attention, and deservedly so, but Dark Crystal might be better quality, and was done without much human support.  Watch before the prequel series comes out so you’re up to speed, and then enjoy the new material, although I don’t know how it can live up to this fantasy gem.