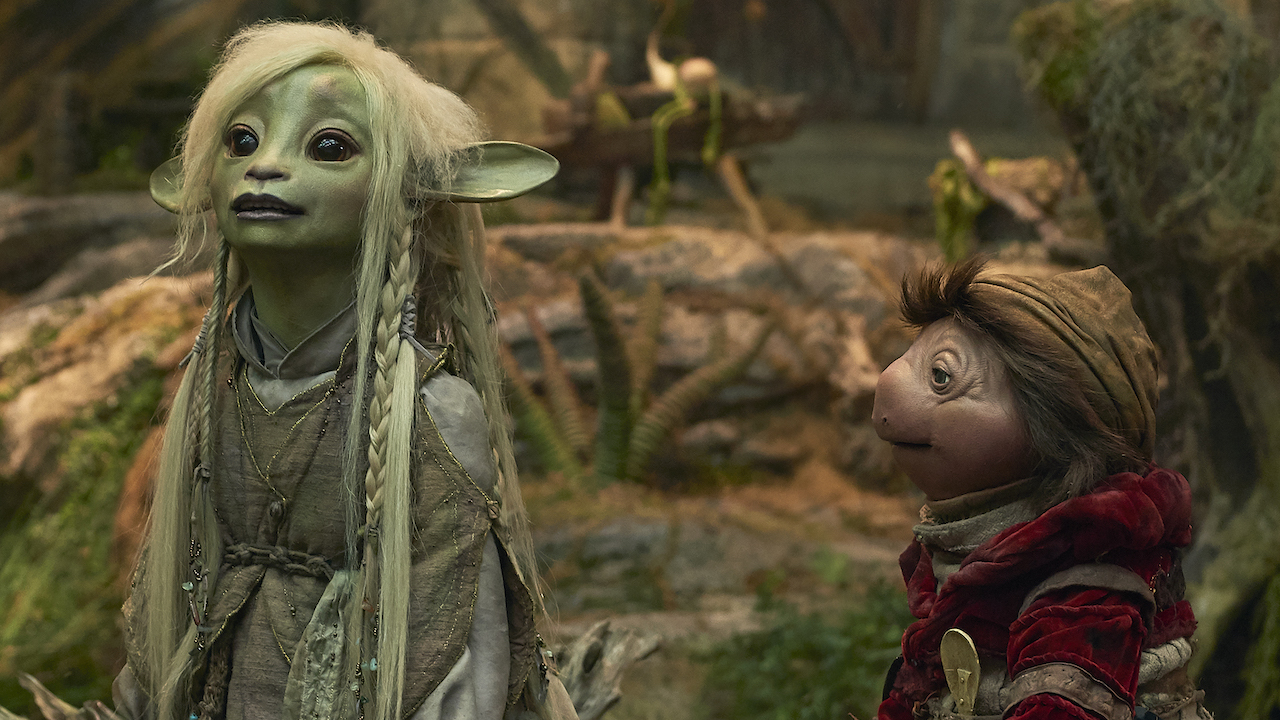 While Age of Resistance is technically a Netflix original television series, I view it more as a limited series; ten hour-long episodes, one epic tale, story over.  It remains to be seen whether we’ll get more from this universe, but for now I’m treating this as a prequel to The Dark Crystal, a peak at more of the world of Thra, and a fleeting chance to experience more of the magic that so enthralled us in the early 80s.  If you are a fan of the cult classic film, you need to see what else there is to witness from this franchise, because it seems like we’ve barely scraped the surface; luckily we get at least this one shot as watching more of what Henson brought to life with his magnificent talent, something of which we’ll never see the equal ever again.

Many years before the last remaining Gelfling, Jen & Kira, took on the evil Skeksis for the fate of their planet, the two species lived together in relative harmony, with the Gelfling tribes as loyal subjects and the Skeksis as god-like overlords.  Only when the Dark Crystal was damaged and a Darkening began to spread across the land did the Gelfling start to grow suspicious of their seemingly immortal leaders, and question how so few could claim to rule so many.  Three Gelfling in particular, from three different clans, along with their companions, led the rebellion that would start the war to rid Thra of the Skeksis threat: Rian, Brea, and Deet.  These heroes would lead the charge, with ancient Mother Aughra as their ally, but they would need the aid of all Gelfling, if they were to stand up to the warped power of the Crystal and the alien mastery of the Skeksis.

I don’t think it’s much of an overstatement to say that Age of Resistance is perhaps the most beautiful show you will ever watch.  Think of the wonderful puppets and sets of Dark Crystal, and then magnify that with the powerful lens of modernity, improve the clarity of every image, bring in the most beautiful colors; we won’t see the like again for some time, if ever.  It’s that stunning, that captivating, and it seems that real, all the while being puppets, all the while convincing us that nothing could look so good outside of a dream.  The story may be a little dodgy, a little hard to follow, somewhat distracting with its constant movement, but the characters somehow make it work anyway: Rian’s resolve, Brea’s courage, Deet’s intelligence, Hup’s heart, Aughra’s wisdom, The Chamberlain’s wile, The Scientist’s malevolence.  It gets a little violent by the end, and the story doesn’t exactly come to a complete close, this isn’t a perfect project, but it’s still something that needs to be seen, because it’s simply that awesome.