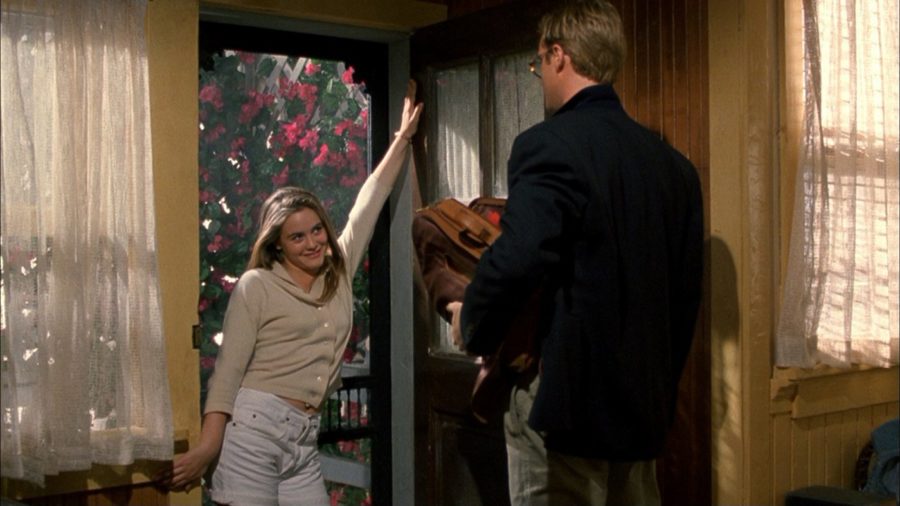 I challenge you to find a movie that is both more 90s and more god-awful than The Crush; I doubt you’ll be able to do it.  For, while there are, I’m sure, plenty of terrible, over-dramatic, pseudo-sexy 90s thrillers out there, The Crush might take the cake, what with its lack of anything good and apparent worship of everything bad.  I might be exaggerating a little, but not by much; even if you want to consider this film to be a cult classic, which I partially do, you still can’t claim that it’s anything but one of the worst things your eyes have ever seen.  It’s what we get for letting Cary Elwes think he’s a leading man in something other than Princess Bride and Alicia Silverstone think she can be anything else but Clueless.

Nick is a journalist, actually the grandson of a famous journalist, who is just getting his foot in the door at a real publication.  His car is beat up, he’ll have to rent a spare room, he hasn’t got much more than the clothes on his back, but the dream is starting to become a reality, if he can only keep writing what people want to read and digging up the stories people want to hear about.  But there’s a problem on the horizon that he simply couldn’t have seen coming; the 14-year-old daughter of the wealthy family he rents a room over the garage from.  Adrian’s a genius, she’s beautiful, she’s manipulative, she’s bored, and she’s got her sights set on Nick, in what starts out as a charming crush but quickly turns dark & deadly.

This was Silverstone’s first film, and, really, other than Clueless, she never would go on to do anything better.  That’s not to say that The Crush is good, only that she might be its best piece, and she might have peaked a little early.  A combination of Lolita and Fatal Attraction (which is an obvious comparison, not an original one), The Crush sends killer 90s vibes our way, from the bitchin’ music to the rad shades, but forgets that we may need a little more than mood to hold us all the way through.  Elwes is the worst actor ever, such a caricature, and Silverstone isn’t much better, especially in her first real try.  The side cast wasn’t much better: Jennifer Rubin, Kurtwood Smith, Amber Benson, TV-quality all.  Speaking of, I guess the VHS version of this film is slightly different than the TV version, and Adrian was once called Darian, the name of the real girl Shapiro based the story on.  But I don’t think this film warrants a deeper dive to compare the two; it’s hardly watchable enough for one round, more a complete joke than a real attempt at cinema, and perhaps in need of being forgotten.