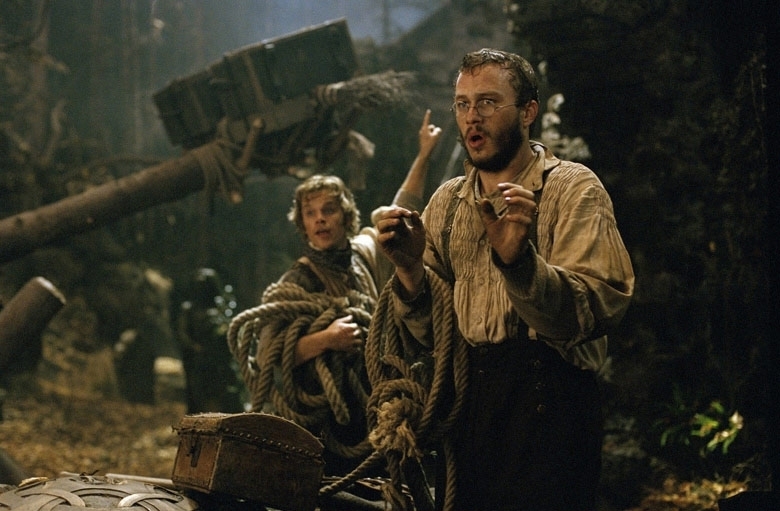 I’ll always adore Terry Gilliam’s work; there is exactly no one who makes movies the wacky way he does.  You can spot his style a mile away, and that’s a good thing, especially in a world of standard films and cutout recipes; Gilliam has a genre all his own.  His older stuff is his best: Holy Grail, Time Bandits, Brazil, The Fisher King, Twelve Monkeys.  But I find his newer stuff a little weird: Fear and Loathing, The Brothers Grimm, The Zero Theorem.  I know, I know, weird is what he does, what he is, and I can love it, but sometimes I can also think it goes too far.  There’s no forgetting his Monty Python work, it looks like Don Quixote might finally, actually become a movie, so the man’s a legend, there’s no arguing that.  But here with Grimm you’ll see some of his lesser work, and you’ll wonder why this movie was ever made.

The Brothers Grimm, who we know as great storytellers, had more modest beginnings and also more sketchy claims to fame.  In this version of their fictional history, the brothers are con men, duping villagers out of their coins by providing ghosts & witches and then defeating them.  They are known throughout Germany for their exploits, but every single one is a farce, a concoction to make themselves rich.  To be fair, elder Will is the evil genius behind the operation, younger Jake simply goes with the flow.  But their luck is about to change for the worse when they are called upon to get rid of an actual poltergeist in a black forest, a wicked force that’s been stealing children for an unholy purpose.

Other than being one of Heath Ledger’s final roles, there is absolutely nothing special about The Brothers Grimm.  Well, I should say that it stills smacks of Gilliam, his style is dumped over every scene, so that’s special in a way, but he needn’t even have made this film, he could have put his talents to better use on a different project.  The old fairy tales pop up all over the place, they’re all retold, it’s clever, but it really isn’t that interesting, and I’m not sure who thought that audiences would flock to see this story.  The stars are there, that’s for sure, but not even the biggest names do very much to produce more than a yawn: Ledger, Damon, Heady, Monica Bellucci, Jonathan Pryce, Peter Stormare.  The accents are silly, the monsters are silly, the plot is silly, the costumes are silly; it’s like Gilliam ran out of original ideas but decided to go ahead with the movie anyway.  It’s not so awful, it’s just not worth much, and you’d be better served watching something else.