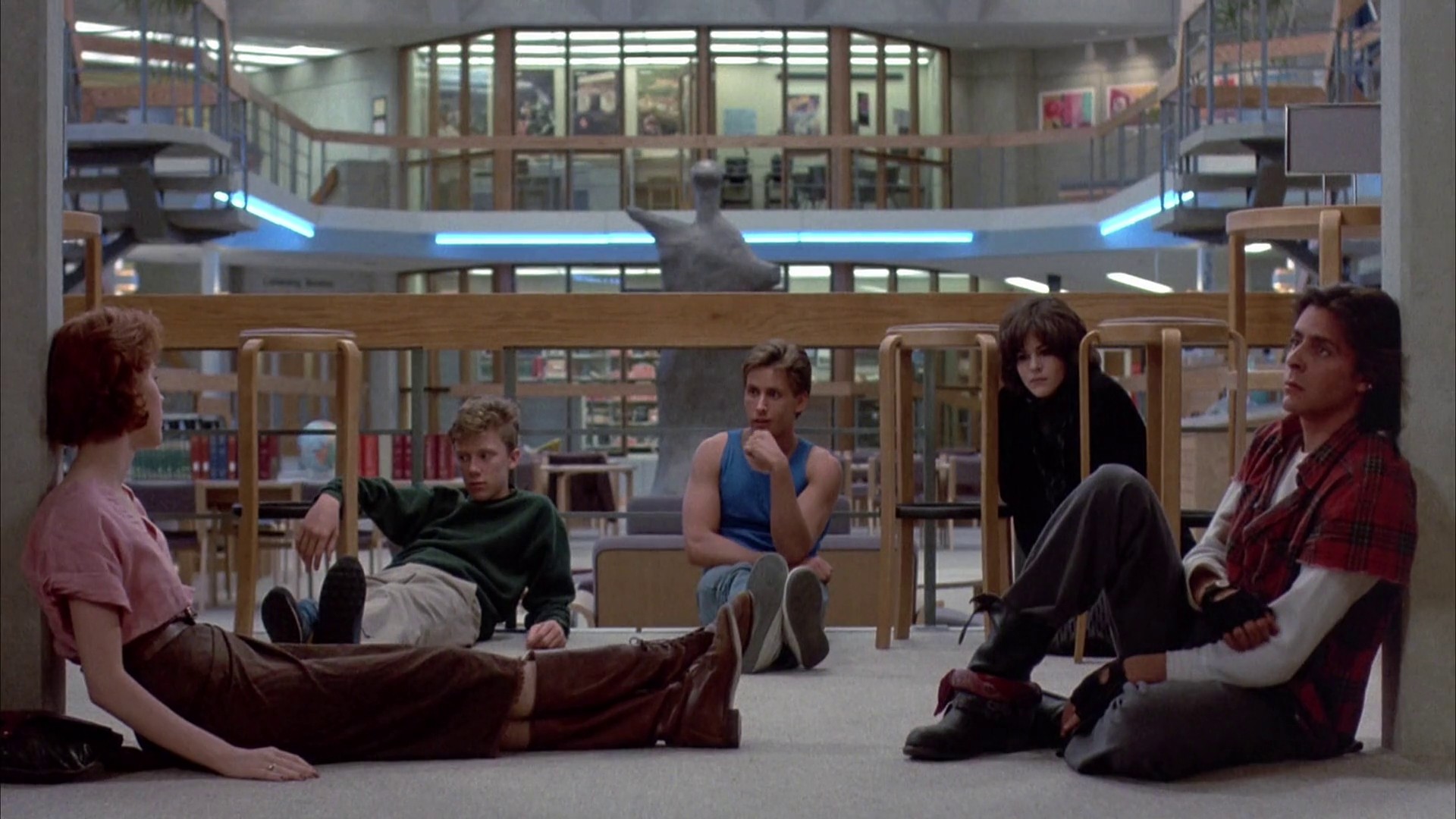 The only reason I haven’t listed John Hughes among my Top 5 favorite directors is that he simply didn’t make many movies; he did write some as well, but his career was cut short, he died at the the age of 59.  And, of course, my Top 5 is pretty competitive anyway, it was hard to get in, he probably would have made #6 if I had thought that far down.  But, you know, Woody Allen is kind of a creep, so with all due respect and with how much I’ll always love his movies, he’s someone I could drop off if I needed to.  So here it is, my revised Top 5 favorite directors: Wes Anderson, Paul Thomas Anderson, The Coen Brothers, Christopher Guest, John Hughes.  I don’t feel like that will be changing any time soon, and I’m glad Hughes is now represented, because wow do I love his movies, and boy did he impact the man/father/critic I would become.

The Breakfast Club is a group of five delinquents of varying degrees who all come together from all walks of life to submit to a day-long detention one spring day in 1984 in Shermer, Illinois.  Though they seem to have nothing in common, they will learn just how similar they really are, when they are given all day to ponder their crimes, and to write a report on just who they think they are as people.  Andrew is a wrestling jock who feels the constant pressure of his coaches and his parents.  Brian is a nerd who has been told that grades are all the matter.  John is a loser who will never be known as anything but a bum.  Claire is a richie who has been popular all her life.  And Allison is a weirdo who has no friends and who no one has ever tried to understand.  Together they’ll make it through Saturday School, and perhaps learn the most they’ve ever learned about life in the process.

If John Hughes knows one thing, it’s how to capture teenage angst, but not even in a whiny way; he can somhow paint a really dark picture that’s at the same time full of life, heart, and brilliant humor.  That’s exactly what he does here, and it’s exactly his style; no one has ever done it better.  And he inspired so many other directors, guys who went a step further maybe, a step more adult, but didn’t lose sight of the dude who set the stage: Kevin Smith, Judd Apatow, just to name a couple.  But Breakfast Club will always stand out due to its simplicity and its raw honesty, and because it brought this brilliant cast together to start the golden age of the Brat Pack.  With great music, real emotion, solid acting, cool characters, and Hughes’ patented touch, this film is not only a legend of its time but a story we can still appreciate now, since it has lost none of its potency or its importance.