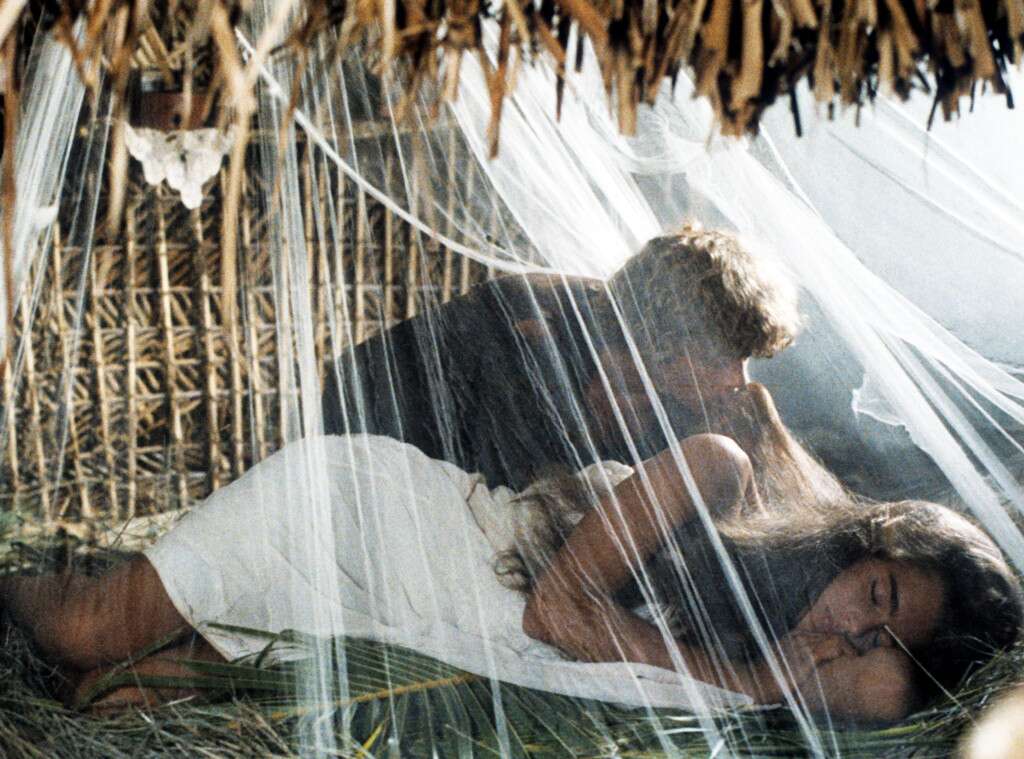 Why is Blue Lagoon …perfect?  It makes no sense at all, but this oft-remade, oft-maligned sex-on-the-beach classic is somehow an excellently made film, while also being an extremely strange and cringy bit of fringe cinema.  I first saw it when I was coming of age myself, and perhaps that’s why it means something too me, and why I feel like this story is somehow honest, despite all the silly frills.  At its heart, it’s really only a love story, an against-all-odds story, and that’s something we can all get behind.

At the turn of the 19th century, children Emmeline and Richard are forced to abandon ship when there’s a fire onboard, after which they are separated from the rest of their companions, all except a rough old sea cook called Paddy.  The trio find land, make camp, and Paddy looks after the children until his death, an event that both traumatizes them and teaches them that the time has come to make a permanent home on the tropic island from which they may never escape.  Growing up with only one another, they soon explore their sexuality and also their love for each other, two very confusing discoveries that will draw them closer than perhaps any two people have ever been before.

There are so many reasons why this film shouldn’t work, and there are many people who think that it doesn’t; critics give it a 3 out 10 on IMDb.  But I’m a critic, dammit, and I say it’s wonderful.  Yes, Shield’s age at the time is weird, yes the acting isn’t good, yes the plot is silly, yes it’s 80s exploitation like Endless Love or Paradise.  But there’s just something magical about Blue Lagoon, like it exists outside this world, that makes it special in a way that transcends everything that tries to hold it down.  It’s quick, it’s gorgeous, it’s pointed in one direction, and it feels both honest and fantastic at the same time, like it’s telling true stories from other worlds than these.  It’s hard to put into words, which is tricky because that’s exactly what I’m supposed to be doing; I’ll simply say that Blue Lagoon meant something to me when I was younger, and that must be part of it, but I honestly think there’s some rare beauty here as well, enough to make it mean something powerful now.