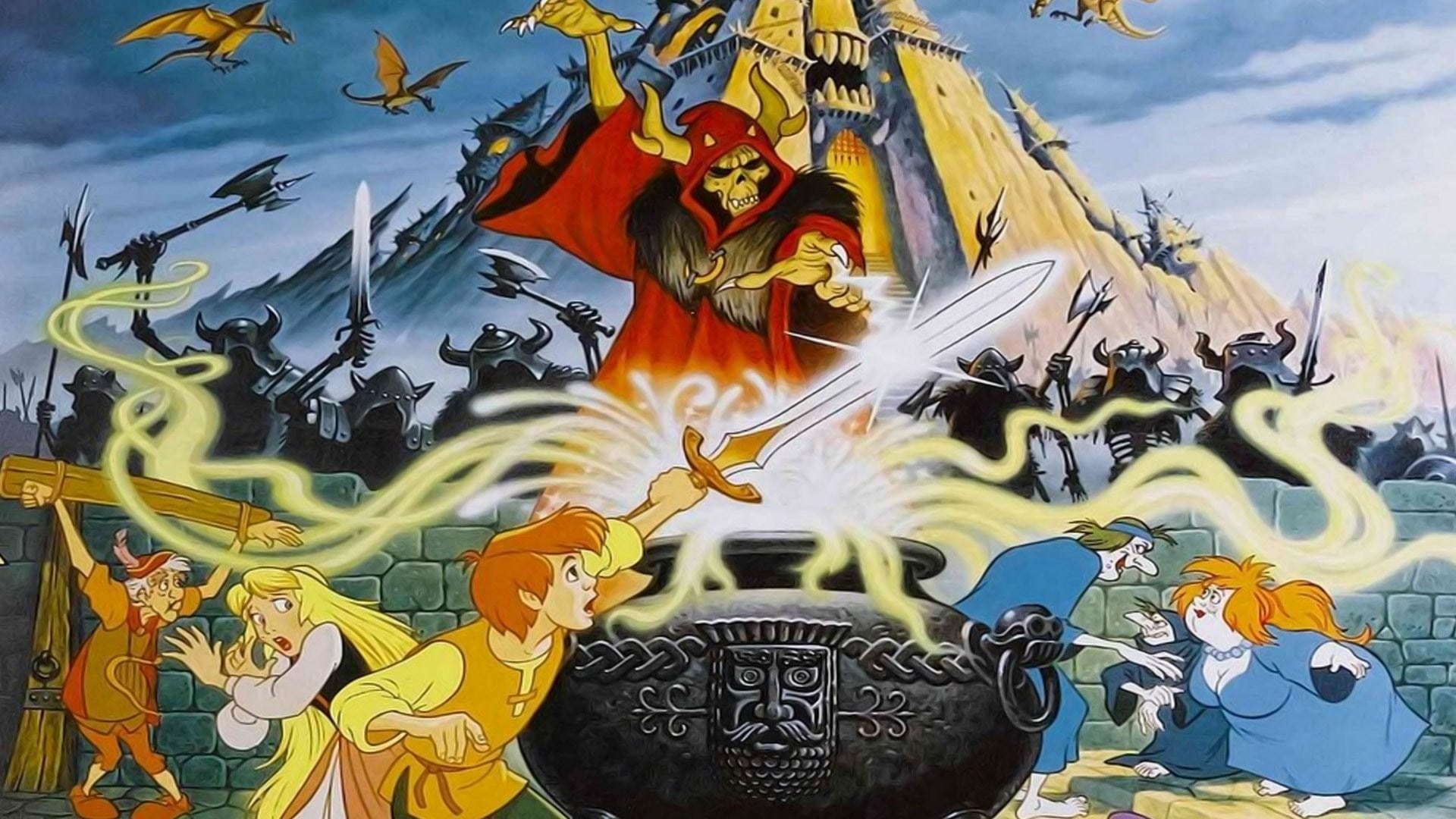 I have so much to say about this film I might explode.  Let me begin by noting that I was & am a big fan of the Prydain Chronicles; I read them 30ish years ago, I’ve often revisited them, I’ve read them to my kids, and now my kids are reading them independently, enjoying them just as much as I did & do.  It’s a great fantasy series, building off of Lord of the Rings, as they all are, but also creating a colorful world all its own.  The characters, the quests, the villains, the magic, and at the base of it all a frightened boy who wants to be so much more than a lowly Assistant Pig Keeper; glorious.  But Disney did Lloyd Alexander a disfavor when they turned his books into an animated film, since they obviously didn’t love the source material, didn’t care if it was killed, and only wanted one thing; to turn a profit.  Well, in that case, I’m glad The Black Cauldron will always be known as one of Disney’s absolute worst.

Taran is a farmhand with almost nothing to call his own, other than duties that keep in the pen with Hen Wen, the oracular pig.  The mysterious old Dallben is Taran’s master, and sets him to a special task after Hen reveals the possibility of a dark future.  The Horned King is coming, he wants something called the Black Cauldron, and he thinks Hen Wen can foretell its location for him.  So Taran goes into hiding with the pig, finding many friends along the way: Gurgi the mangy but loyal animal, Eilonwy the talkative and beautiful girl, Fflewddur the silly old minstrel, Doli of the Fair Folk.  But when Hen is captured, all might be lost, unless the companions can find the Cauldron themselves and destroy it, before the King uses its power as a weapon to destroy the free world.

Problem One is the combining of Alexander’s first two novels, The Book of Three & The Black Cauldron, into one movie; there’s simply too much to cram in.  And it’s not like they gave us the story of both books, instead they picked the parts they liked from either and created a new tale, one that resembles the originals but doesn’t mirror them.  In this way, they were able to pull of Problem Two, which is contorting the story into a copy of Lord of the Rings; both unwise and basically impossible.  So the movie doesn’t resemble the books, gets rid of some of the best parts, and fails to pull off the magic readers once felt and wanted to feel again.  Problem Three is that co-director Richard Rich isn’t talented, we know this because he would go on to create Swan Princess and little else.  Now, I like Swan Princess (nostalgia), but it’s not great, and Black Cauldron holds that same feel, some very similar animation, and always feels like a Rich movie rather than a Disney.  With no music to bolster the action, the wheels start to fall off fast, and soon audiences are only left with scraps of cool films, not a singularly special project.  This film was the last straw before a whole new team took over, and incidentally led Disney into its Renaissance: it was time for a change, and The Black Cauldron shows us what crappy work some people turn in on their way out the door.