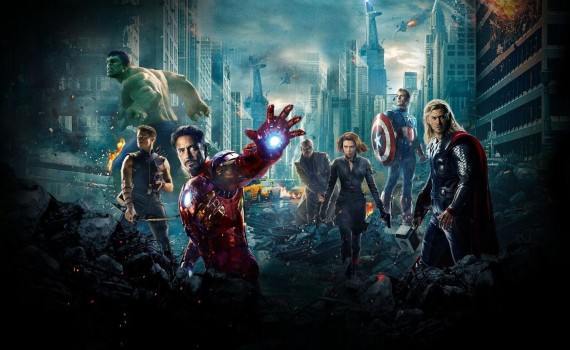 I think I can say this without it sounding far too self-deprecating; I know I don’t have a terribly large following.  I’ve been writing consistently for two & a half years now, I take what attention I can get, and I enjoy being an unknown film critic enough to continue working, though I wouldn’t mind making a little bit of money or a name for myself someday.  My point is, if you’re reading this you might not read me every day, you might not know me very well, and you might not understand my particular tastes.  But one thing I’ve been very clear on from the beginning, if you happen to be a fan, is that I’m not a comic book guy.  I don’t like them, I don’t get them, and I don’t often love the movies created from their pages.  Now, since becoming a critic, I’ve expanded my range, and I do watch the popular Marvel & DC films.  Also, my son is three and is obsessed with superheroes.  So I now know the back stories, like the characters, and follow the fiction, probably more that your average guy, if not your average nerd.  But I’ll never love it, never give myself completely to the genre, and therefore you should be warned; it would take a miracle for a comic book film to blow me away, and The Avengers is no miracle.

The evil demigod Loki, brother of the mighty Thor, has come to Earth wielding a powerful staff that allows him to control the minds of anyone it touches.  He’s after the Tesseract, an object of immense universal capabilities, for the purpose of complete global domination.  Not good, and he commits the crime with such ease that Nick Fury and his S.H.I.E.L.D. team are left scrambling for a plan to recover the Tesseract, seize Loki’s staff, and stop the madness.  They’re going to need super heroes, the best of the best, the Avengers.  And so the world’s greatest soldiers assemble to save the planet: Iron Man the engineering genius, Bruce Banner the man who can become the Hulk, Captain America the natural-born leader, Thor the son of Odin, Black Widow the super spy, and Hawkeye the master marksman.  Can good defeat evil, or will the collective ego of the team keep them from fighting as one unit and allow a terrifying alien force to take over the world?

So you understand that I don’t dig these movies, right, that they’re not my thing?  So I was never going to love it, but at least I didn’t hate it.  The characters support themselves, with back stories a mile long and thousands of books all about their adventures.  I’ve read my fair share, so I can appreciate the history, the originality, and the Marvel Universe as a whole.  What I can’t appreciate is mindless action.  That may be at the core of why I don’t like comic book movies; because action movies aren’t usually good, whether or not their stars have costumes on.  Put a bunch of heroes in a 140-minute film and you’re going to have too much action; it’s unavoidable.  And that much fighting just bores me.  It doesn’t offend me or confuse me or bother me, it just becomes redundant and fairly pointless.  The story was cool, the visuals were nice, but I got tired of the constant action, and so found myself hoping everything would just hurry up a bit.  As far as the acting goes, Downey Jr. & Ruffalo were obviously the two best, making their scenes the strongest.  Johansson & Renner were the worst, making their scenes almost unbearable.  And so the movie as a whole had be up & down a lot; that was cool, oh that was awful, ah nice, god why’d they say that.  Ultimately, I was entertained enough to counteract the flaws and inherent repetition, leaving me somewhere in the middle, but nowhere near changing my mind about a genre that will never be my friend.