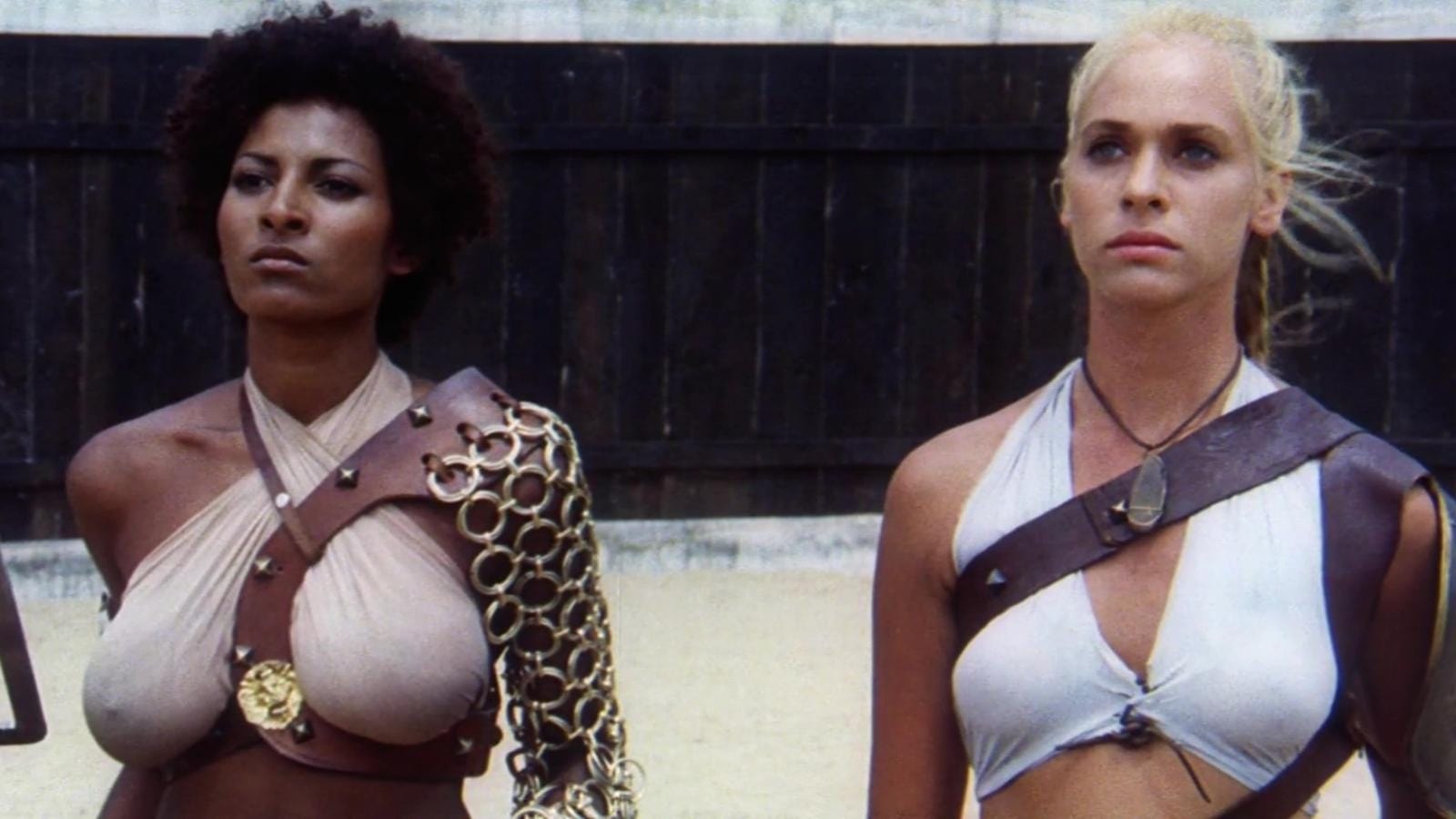 Steve Carver may have directed The Arena, but it is known as a Roger Corman film, and it sure shows his true colors.  Corman was a pulp director in the 50s and 60s, but his production of hundreds of b-movies is his real legacy; exploitation, sexploitation, blaxploitation, low budget, independent, just plain bad, you name it.  His films are legendary for being terrible, and it’s up to audiences to decide whether they’re truly experimental or simply degrading, but that’s what you’re gonna get if you dive too deep into exploitation flicks.  Actresses like Pam Grier made their careers off of these ridiculous movies, but what else was available to them at this time, and what else were they to do?  Can’t blame them, gotta blame the men who would cast them in nothing else but what amount to peep shows, and here we are in 2020, still trying to look back and understand.

The Ancient Roman Empire, stretching from Britannia to Nubia, conquering all who stand in its way of greatness, killing those who resist and enslaving those are too weak to die fighting.  Two women find themselves captured by the Romans and taken to a Roman city: Bodicia the Briton and Mamawi the Nubian, two women who were once free but now serve Rome.  They are part of a group of server slaves who only exist to please the citizens of the local arena, where gladiators die fighting for the entertainment of the aristocracy.  But when the men fail to impress the crowds, perhaps the women will do in their stead, and so our heroines prepare to meet their doom upon the sand of the arena; unless they can band together, take a stand, and fight a force which seems so mighty and unbeatable.

OK.  This is hard.  Because on one hand, you have the history of sexploitation and these women who were just trying to have careers, but they had to show their boobs off in order to have them.  That’s something worth investigating because it’s important to understand how far we’ve come in some ways and how little has changed in others, and to appreciate these women who were taking advantage of a system that only cared about their bodies.  On the other hand, it feels bad to support these films in any way, even to look back, both because they were so exploitative and because they were so absolutely god-awful.  It’s a conversation that could go on & on, but no one has time for that; The Arena is complete garbage, obviously, but there are history lessons (not Roman) to glean from this, and that make the film worth something.  Cinematically though, my god; the worst acting and writing you will ever see, with blood & boobs enough only to keep our attention from wandering away when we realize what the hell we’re watching and want to turn it off as fast as possible.