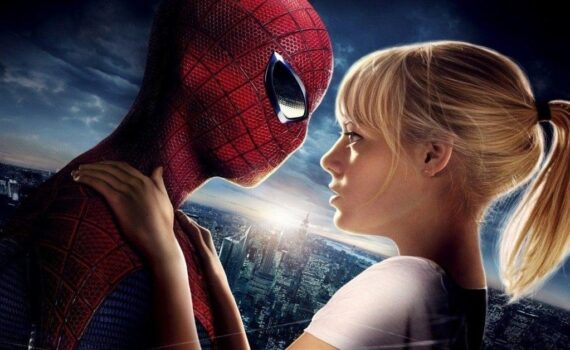 Although the Tobey Maguire Spider-Man will always be the real Spider-Man in my heart, the Tom Holland one has grown on me as well, after watching him in so many Marvel films and his own franchise.  But I never did dive into the Andrew Garfield version, and so I thought it was high time I remedied that, especially after that one thing that happens in that one movie that I can’t talk about because it would be a spoiler even though it’s getting pretty old by now.  Anyway, I went back to check out the Garfield Parkers, and I’ve got to say, this might be my favorite iteration yet.

Peter Parker is just your friendly neighborhood high school kid, albeit a little dorky, too much into science, and with an odd family situation; he lives with his Aunt & Uncle, after his parents disappeared and died under mysterious circumstances.  Now, Peter wants to know what his dad was up to, and so poses as an intern at OsCorp, an excellent science lab right in the heart New York City, where a genius named Dr. Curt Connors is working of hybrid species and animal mutations.  Peter accidentally gets bitten by a spider test subject and gains enormous powers, but with them come equally large responsibilities.

It’s pretty obvious why this Spider-Man version works so well; its stars are incredible actors.  This film is lucky enough to have Garfield & Stone before they were mega giant super duper stars, but when their talent was already off the charts.  They lead the story, their acting is incredible, and it’s only when they *aren’t* talking that the film takes a dip, which is backward from almost every other comic book action flick.  The story is awesome, this is a great way to introduce Spidey, the supporting cast is nice (Denis Leary, Martin Sheen, Sally Field), and the only real problem is the cheesy rah rah feel and the clunky CGI action.  Putting some small concerns aside, this is the best Spider-Man movie I’ve seen (other than Spiderverse), and I’m so happy I get to watch another.