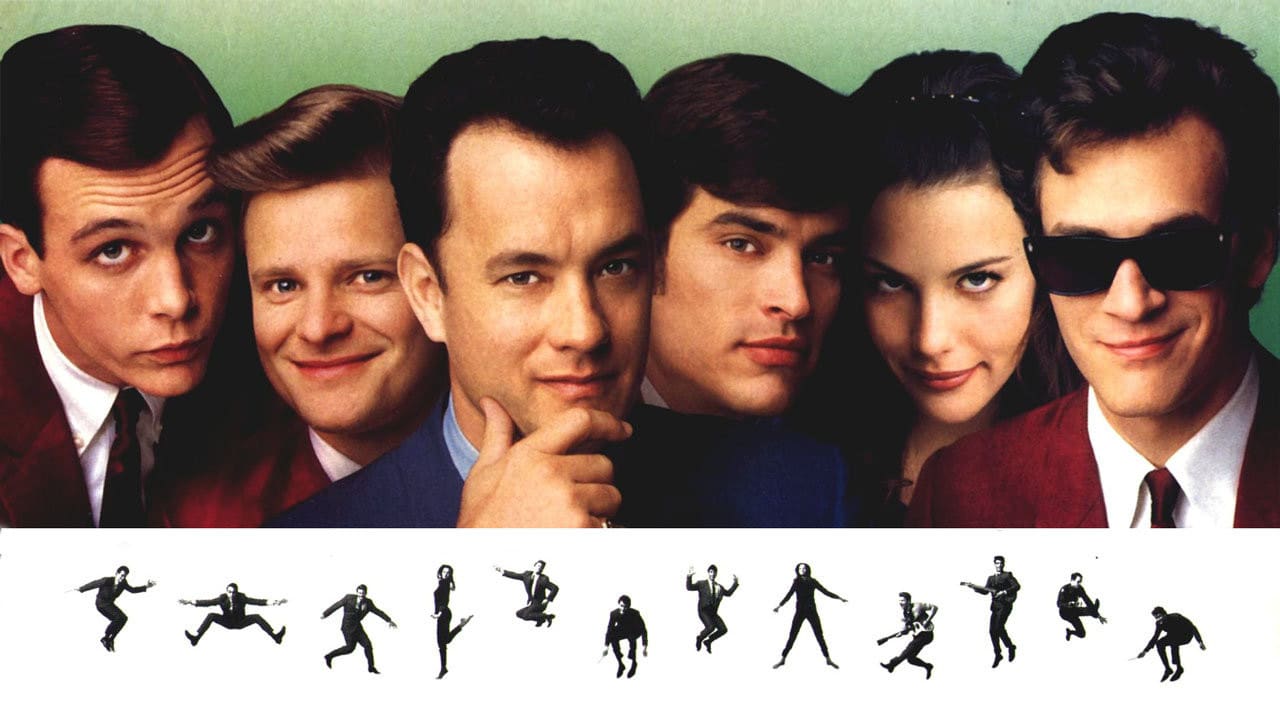 As much as I liked That Thing You Do! all those years ago when I watched it for the first time, I don’t think I really got it until just now.  I thought it was a drama, a musical, a fictional biopic maybe, a fun movie for a family who didn’t want to invest too much energy.  But it’s so much more than that, and I’m just now seeing it.  It’s almost an expose on a corrupt business and a cautionary tale to young people who want to dive into their dreams, a wake up call to the price of fame.  I know it doesn’t seem like much more than pop fluff on the surface, but that’s what I thought too, or maybe you realized that long ago and I’m just now catching on.  But regardless, this film is pretty special in a way that might not be readily apparent, and it doesn’t lose its message or its charm going on 25 years later.

In a small town in Pennsylvania, a group of young men dare to dream big, and get to taste illusive fame, at least for a while.  Guy the drummer and Jimmy the singer/songwriter head a band called the Oneders; pronounced One-ders but often called the O-need-ers.  They are small potatoes but they have a really awesome song called That Thing You Do, and it gets them enough attention to get them out of Erie.  First county fairs and then Hollywood itself; the fame train runs fast, and in a matter of months they are a nationwide sensation.  But as fast as it can all come together it can all fall apart, and that’s just what happens to The Wonders, who don’t get much further past their one hit.

Other than Larry Crowne and, of course, That Thing You Do!, Tom Hanks hasn’t directed or written another movie, so this is it as far as that side of his artistry goes, and he really shouldn’t have tried again, because it doesn’t get much better than this, his first attempt.  This film is special, not only in how it depicts a fun story that anyone can watch, not only in how it delivers its message of too much success too fast, but specifically in how it sums up the 60s so quickly and so perfectly, until you realize that this movie isn’t singular, it’s meant to be an example of so much more.  When you think of it that way, all the silly moments and fast turnarounds made total sense; this isn’t a tale of an imaginary band, it’s the true story of countless real ones.  That even helps you forgive the cast a little, which is a mix of huge stars and complete flops, because they aren’t being characters really, they are being caricatures, and seeing that makes a big difference.  There’s still story, there’s still heart, but the point is larger than one group of young people, which just makes it all that more magical.