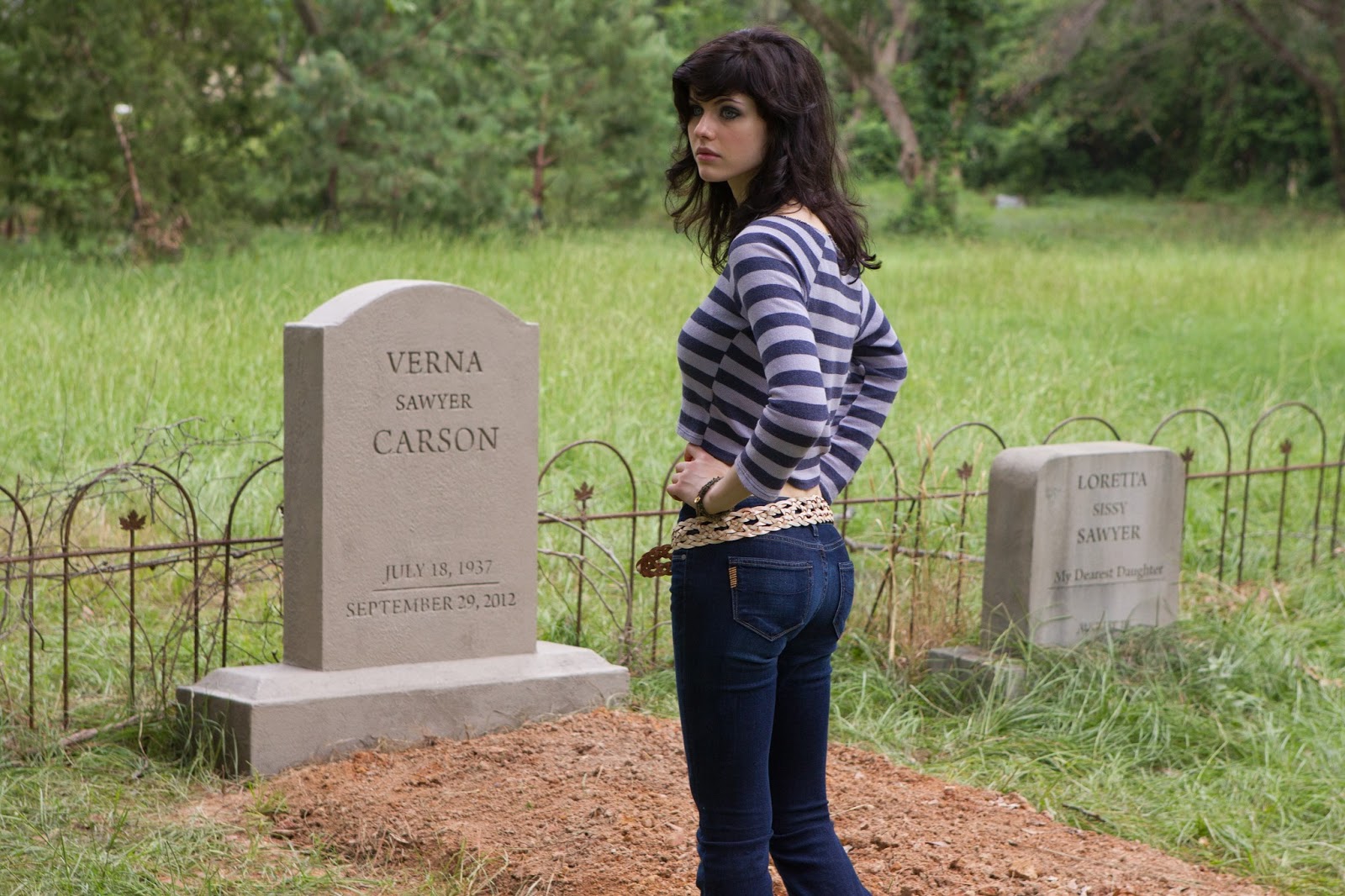 If The Texas Chain Saw Massacre was an experiment that went surprisingly right, Texas Chainsaw is a knockoff brand that got everything wrong, down to the title spelling.  I don’t care if it’s supposed to be ‘chainsaw’ (actually I think perhaps both are right, live dwarves and dwarfs); the original went with ‘chain saw’, and to try to pay homage to that film yet change the spelling of that iconic title just seems wrong to me.  But I digress; it’s time to talk about just how bad this movie is.  Because it’s notably terrible, even for a horror flick, even for a b horror flick, even for a b horror sequel, even for a dang blasted b horror sequel about a guy who likes other people’s face skins.  It’s bad, worse, and then slap-your-head stupid; there’s not much else to say.

Heather gets the surprise news of a lifetime; her parents aren’t her parents.  She’s from another family, in Texas, and she has just inherited an old manor home in the middle of nowheresville.  She and her friends head down to check it out, plus a young hitchhiker: Heather, Ryan, Nikki, Daryl, and Carl.  Soon they will each be dying off one by one, because Heather is about to learn a few secrets about her family, and they include a chain saw murderer who likes to chop people up into pieces.  Can she survive the night?  Probably, since she’s a final girl, but it sure won’t be easy, since there seems to be some more to this tale than just that of a family of wackos in the woods; hidden coverups that make evil of Leatherface look like kid’s stuff.

Oh dear, oh gosh, oh my it’s bad.  It’s actually so horrendous that it’s painful, and that’s saying something, since the original Texas Chain Saw is one giant attempt to fuck you up, to the point that you never want to watch another movie ever again.  But that was intentional, it pushed boundaries on purpose, that can be respected; this one was too stupid for its own good, like accidentally driving a Segway off a cliff when you’re the owner of Segway.  That’s an apt metaphor, even if it’s unkind to the dead, since this film fell down more times than I can count, always out of its own unintentional idiocy.  It tried to be kind to the original, but then forget what to do to be an actual, entertaining film, or perhaps went in never knowing.  Lussenhop is a terrible director, the plot made no sense, the only bright spot was Daddario (who is pretty talented and pretty pretty, and who would go on to better things), but she wasn’t nearly enough to save the day.  I won’t tell you the ending, of course, but be prepared to slap yourself upside the head for being dumb enough to watch to the end; it’s a finish we deserve only because we gave Texas Chainsaw more than a passing glance followed by a hard pass.