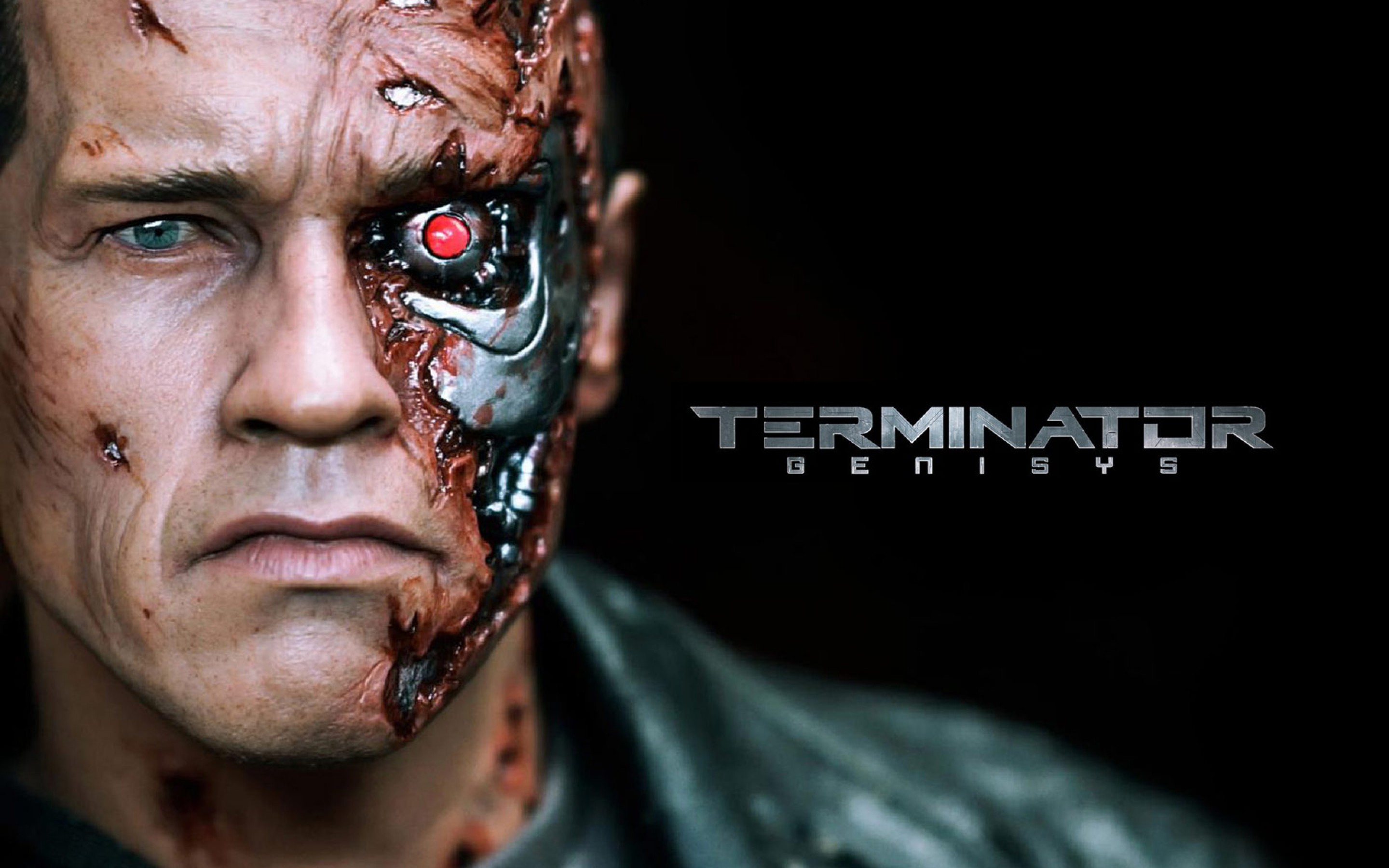 Rating them one by one, each Terminator franchise film has been a little worse than the one before.  The Terminator is a classic bad ass sci-fi action adventure; 7/10 stars.  Judgement Day is an entertaining two hours but lacks the depth of the first film and relies too heavily on mindless action; 6/10.  Rise of the Machines is fine, goes young, but fails to be very memorable; 5/10.  Terminator Salvation abandons the recipe and goes somewhere crappy that too many action films run for; 4/10.  So, if it followed that decline, Terminator Genisys should be a 3/10 film, which really is exactly what I expected it to be; a throw-away summer blockbuster relying too heavily on past success, and failing to become anything close to the greatness of the original.  But while it won’t blow your mind, it also isn’t a complete disaster, somehow succeeding in using established fame to get us on board for one last wild, robotic ride.

As with most time-travel stories, a quick summary can only make so much sense, but I’ll try my best, so stay with me.  We all know the basic Terminator plot line; machines rose up against humans, destroyed our world, and took over the planet.  In the future, a man named John Connor would become mankind’s only hope for survival, leading us against the computers we once created.  But a cyborg will be sent back in time by the machines, a human-like robot whose mission is to kill Sarah Connor, John’s mother, before she can give birth to her son.  Kyle Reese would volunteer to go back in time as well, to save Sarah, and thus the world.  But this story has a twist.  When Reese goes back, he finds Sarah already prepared and an alternate timeline waiting for him.  History has changed, and so may the future.  Terminators are working for both sides, and a secondary version of John Connor has become an evil that no one saw coming.  A last battle will be fought to decide the fate of the planet, with man vs machine one last time. Let’s start with the negatives, just for fun.  With a story like this, you could make an infinite number of films in which someone else goes back in time, or the same person goes back even further, or people go forward in time, or everyone just goes crazy!  And that’s where you start having problems, because the plot becomes a little too easy, in an oddly complicated way, taking no real imagination to create a new timeline and plot twist.  So the story is a bit underwhelming and makes you concerned that Arnold will be perpetually reused as a robot long after we’re all dead.  Not that he was bad actually, and they did a nice job explaining how he has aged, but they can only do that so many times.  Arnold was better than Jai Courtney at least, who I didn’t like at all as Kyle Reese.  His acting was only OK and I never believed him for a second.  He came across as an action guy, nothing more.

But, thankfully, the movie didn’t fall into that trap.  Yes it was non-stop intense action, and yes the few scenes that featured emotional dialogue were fairly lackluster, but the film as a whole didn’t feel like a complete waste of millions of dollars and a couple hours of my time.  First, the action was cool.  I’m not a fan of the genre really, and it was no Fury Road, but there were many well-made scenes, nice effects, and throwbacks to the staples of the franchise.  In essence, that’s what made this movie better than I had gone in expecting; it paid homage to the first film constantly, with lines & characters & situations & movements.  And while I could see that being a negative for some audiences & critics, I saw it as a positive; they knew they couldn’t hold a candle to the original and so nodded to it as often as they could.  In a way, it was very similar to Jurassic World, a franchise continuation that knows its limits, adds in humor, piles on the special effects, and hopes to entertain.  I know a lot of critics didn’t enjoy Terminator Genisys, but I was actually entertained, loved looking for references to the one that started it all, and held myself back from focusing on the flaws, which were there in number if you want to find them.