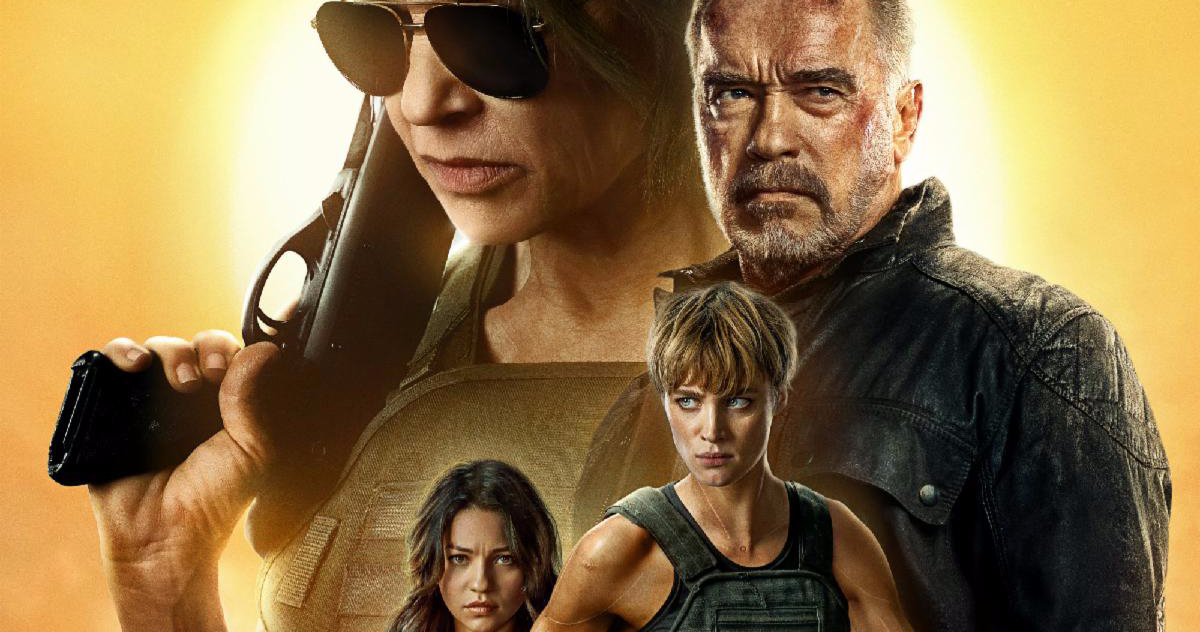 I have seen the Terminator movies, I have enjoyed some of them, and I have even attempted to wrap my head around the time lines and the paradoxes and the history and the birth of Skynet and the Terminator models and the Connor bloodlines; I’ve even gone so far as to fall down the rabbit hole that is the Titanic Theory, that Jack is from the future, has come back to rescue Rose, because she’s Sarah’s great grand whatever.  I actually like that theory, it’s fun, and I like the Terminator universe, it’s fun too, but I think I might be done trying to figure it all out.  I tried to go into the theatre to see this newest installment with an open mind, ready for entertainment, and refusing to get sucked into the details, the problems, the backdrops, all that jazz.  And I have to say, I did enjoy myself, I was able to resist some critique, but let’s be honest; no one expects this movie to be good, and it won’t be a shock to hear that it definitely wasn’t.

They say that if you don’t learn from history, it’s bound to repeat itself, but what if the future keeps coming back from up ahead and changing shit in the here and now?  How are you ever supposed to fix the world for the better if the world of the future can just come back and kill whoever it wants?  That’s the pickle Sarah and John Connor have found themselves in too many times, so maybe it’s someone else’s turn, even if the story sounds pretty familiar.  This time it’s a young woman named Dani Ramos who is the target of the Terminators, and it’s resistance fighter Grace who is tasked with her safety.  But not all the details are what we’ve come to expect; Dani isn’t exactly helpless, Grace isn’t exactly human, and two big name players are set to return in what quickly becomes both a fight for survival and a battle for the fate of mankind. We got an original trilogy (T1, T2, T3) and a modern trilogy (Salvation, Genisys, Dark Fate); please let this be the end of it.  Thank you for making it all, all you people, but we’ve had enough, and it’s probably past time to let the old ways die.  The first two are obviously the best, the next two are horrible, but I don’t mind saying that I enjoyed the final two just a little, not enough to mark me as a crazy man, but enough to raise my hand slightly and say “hey, you know, I didn’t mind it.”  The latest pair are ridiculous blockbusters, but they had some good qualities, mainly leaning very heavily on the one that started it all, and relying on fans to enjoy the references, the nostalgia, the music, the memories.  I know that a good movie should have more than that, and maybe that means that Dark Fate isn’t quality, I’m fine with that, I’m sure that’s true, but that doesn’t mean you shouldn’t go sit and soak it up just for the hell of it.

This latest (and hopefully last) piece of the series is face-value fun, with some cool explosions and disasters, characters constantly on the run, a hundred types of guns coming out of nowhere, creepy robots on the hunt, visions of the future to haunt our dreams, you know the drill.  There are cool parts to enjoy if you want to enjoy them, that’s all I’m saying, while reserving the right to also note that this movie is absolutely no film.  It’s silly often, it’s clunky at times, it’s one giant battle, and it doesn’t really carry much heart, at least not as much as some of the others.  The acting could have been worse; Reyes was captivating, Davis was badass, Arnold made a solid appearance and stole the show.  But god was Hamilton bad, so so bad, and how someone couldn’t give her a little coaching (knowing that they couldn’t NOT cast her) I’ll never know.  It’s a rough ride for multiple shoddy reasons, but I was able to have a good time regardless, because I was able to put the analytics of the Terminator universe to bed for a bit, and, you know, I hope it stays sleeping for the foreseeable future.