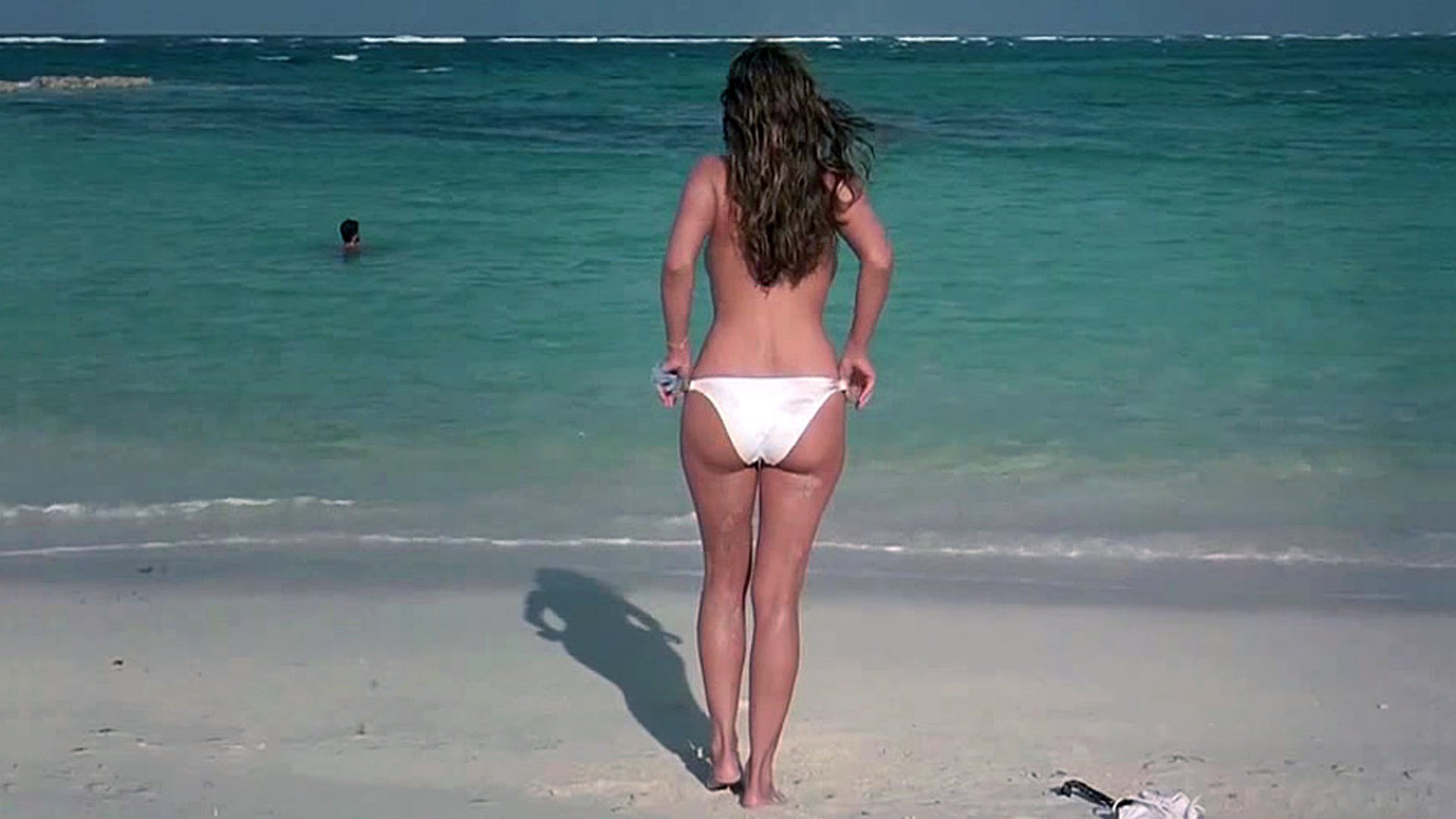 When the attractiveness of your stars is the only reason to watch your film, you might want to stick it on Showtime late at night and wash your hands completely.  When your main characters find themselves having sex in the water and walking around shirtless more than they actually converse, you might want to call it soft-core in the spirit of honesty.  And when the best line of dialogue in the entire movie is “great ass!”, you might want to rethink your calling as a filmmaker.  Actually, director Stewart Raffill is a bit of a veteran, making his volunteering to work on Survival Island a bit of a shocker all around.  Not that his films are amazing: The Wilderness Family, The Ice Pirates, Mac and Me, Tammy and the T-Rex.  But I guess that was all a long time ago and this is what the guy is choosing to work on these days.  Well, bad decisions happen every day.

Wealthy couple Jack & Jennifer go on a pleasure cruise with two friends, looking for a vacation filled with drinking, fishing, and sex.  The yacht has an able captain, a hunky valet, plenty of booze; what else could you ask for?  But when a fire starts in the galley, things go south rather quickly.  Actually, we don’t know what direction they go in, as the survivors of the shipwreck find themselves lost at sea.  First to arrive on some uncharted island is Jennifer, who makes do the best she can.  Than Manuel the stud arrives to both save the day and make things very complicated.  The pair are attracted to each other, but Jennifer feels guilty, especially when Jack is washed ashore as well.  He’s instantly jealous of everything he imagines has happened while he was away, and the trio are obviously not going to become one small, happy family.

There are elements that are …not bad …if you’re looking for some reason to watch this film.  First, it is actually a little bit better than a stupid late-night romp on cable.  It has a real director, a real cast, a real locale, and a real plot, all of which are mediocre at best, but at least exist.  And there’s eye candy for the taking, if that’s your thing.  Kelly Brook is very sexy as the bikini-clad Jennifer, and Juan Pablo Di Pace is equally attractive as the Latin Manuel.  Billy Zane plays the bumbling villain that you’re supposed to hate, and in that he succeeds.  But the movie as a whole is still something I can’t recommend.  The acting is fairly college-level, there are continuity issues in almost every scene, and for some reason there’s a voodoo subplot that’s totally stupid.  A few cheap thrills exist; sex in the surf, some nude bottoms, swimming in paradise.  But overall, Survival Island would only count as a better-than-average Showtime original that airs at 2 am, not an actual film that you should see.