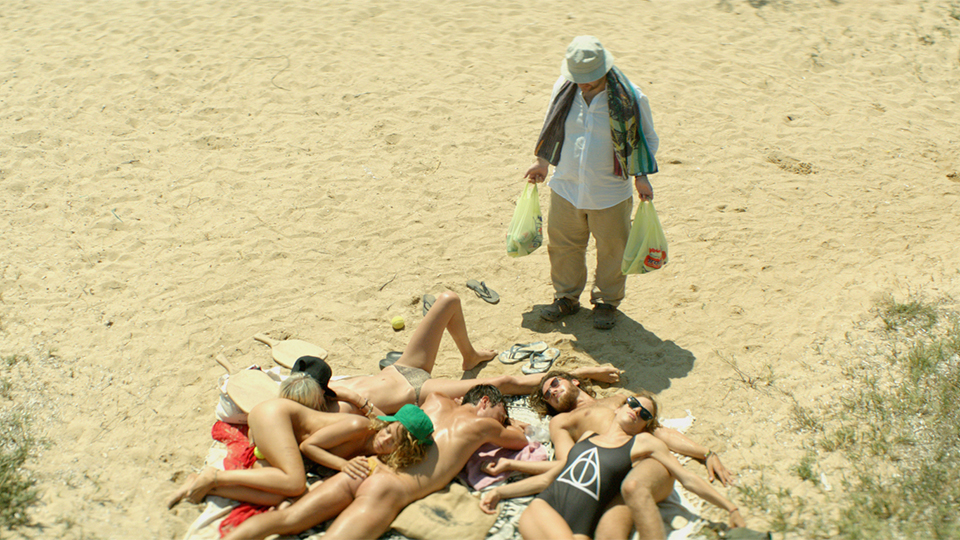 If you’re in the unusual mood for a foreign drama about a doctor’s obsession with his young patient, and you don’t mind that much of the action is set on a nude beach, then you’re in luck.  Suntan is a unique, Greek comedy/unrequited romance/thriller that doesn’t fit inside any shape of box, but rather creates a new set of boundaries that only it can push to the limit.  I use the word ‘boundaries’ lightly, because this film will shock most, will upset quite a few, and definitely isn’t for everyone.  It’s an odd story with absolutely no hero, but with some deeper meaning than just the surface plot that should captivate audiences looking for something a little sinister with their summer vacation flick fun.

Kostis has just come to the island as the tiny town’s doctor, where he will be in charge of the 800 residents during 3/4 of the year, but will need to be on his toes during the hot months, for that’s when the tourists come.  It’s a vacation destination, this island, and its idyllic facade is just that, a cover for the real lives of the people who live their year round.  Kostis gets settled in, but is disturbed by a group of partygoers who bring one of their crew in with an injured leg.  Her name is Anna, and she’s beautiful.  Kostis becomes a sort of mascot for the gang, a portly man twice their age who doesn’t know how to be cool but is eager to learn.  His budding love for Anna will rock the boat though, as will his persistence in joining their fun, whether they want him to or not.

You could say that this movie is a slow burn, but you can feel the spinning out of control coming a mile off, but in a good way, in a way that builds tension until you know that it has got to be released or explode.  Kostis is so out of place, it’s uncomfortable to watch, and it only grows more so as he attends the beaches, goes to the parties, makes a fool out of himself, and begins to think that he’s in love, when what he is really is is over his head.  To touch on the nudity in this film; it’s constant, and at first you notice it, but by the end it’s just young people naked on a beach because why not, it’s not a huge deal anymore.  The violence inherent in some of the sexual aspects of the film will be a bigger problem for some, but try to appreciate the story that this director is trying to tell.  There’s a depth here we don’t often see, and I’m glad I stumbled upon this crafty foreign film, a movie that upsets on purpose.