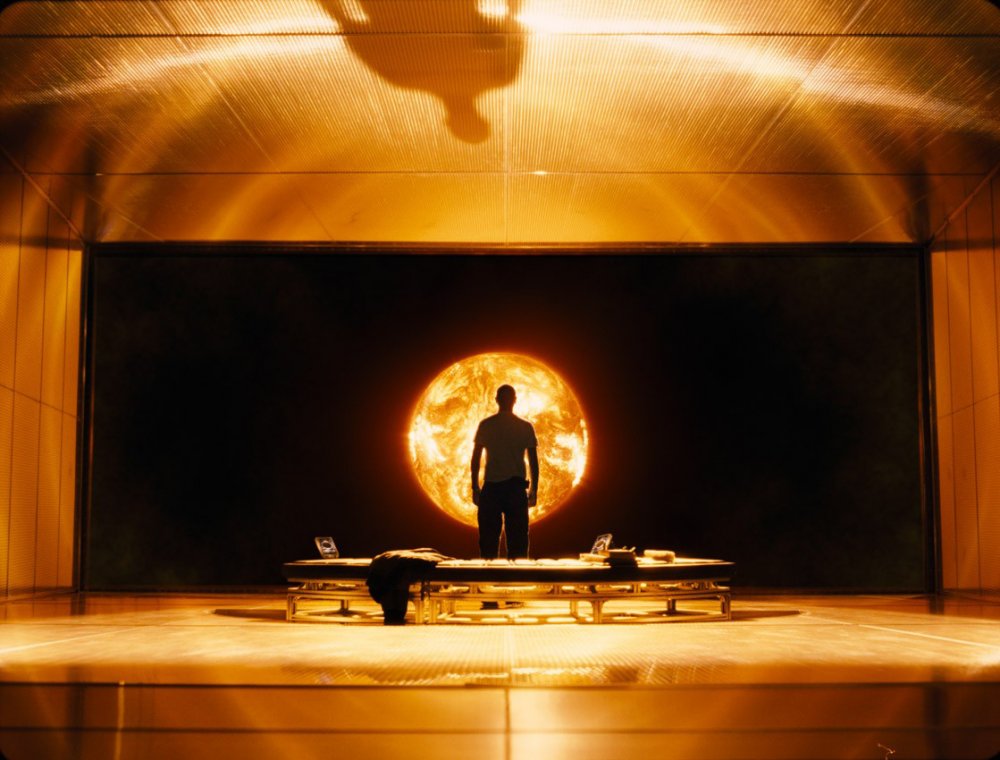 How I let one of the best sci-fi films of the past couple decades slide by me without a glance is beyond my comprehension, but my only defense is that I didn’t yet know about the geniuses of Boyle, Garland, & Murphy, and I didn’t understand what the combination of the three could mean.  I feel like I need to rewatch Sunshine immediately to completely understand what I just saw, because there was so much content, so much meaning, so many pieces to pick apart, it would take a lifetime to sift through.  But that’s the type of film this is, one that deserves our undivided attention, a mix of classic, apocalyptic science fiction and high art like only a few can produce.  That’s what I mean by genius; this caliber of filmmaker/writer/actor doesn’t come along very often, and they don’t usually mix this seamlessly, combining to create a near-perfect drama of humanity vs insanity.

The year is 2057 and the prognosis is dire; our Sun is failing us.  It’s power is waning and it’s life is draining, causing a stellar winter on Earth and threatening to annihilate not only human kind but all life as we know it.  A team of 8 scientists are sent on the long voyage to our star with an unbelievably powerful nuclear bomb and the hope that such a detonation within the Sun will cause it to spring back to life, or perhaps create a new and powerful star in its place.  But the process is simple theory, there is no application here, so the entire quest is up in the air, without any real hope that it might succeed.  And when the first Icarus crew is lost, a second is sent to restart the mission, but hope is low and the fate of the first team is completely unknown.  As they round Mercury and approach their final leg of the mission, Icarus 2 receives a distress call from Icarus 1, proving that not all life was lost aboard the original vessel.  But who is out there, what have they seen, what have they done, and how will their madness affect the rest of those who would become Earth’s heroes?

First, let’s touch on this creative team, because they deserve recognition.  Director Danny Boyle (Trainspotting, A Life Less Ordinary, The Beach, 28 Days Later, Millions, Sunshine, Slumdog Millionaire, 127 Hours, Trance, Steve Jobs, Trainspotting 2, Yesterday) and writer Alex Garland (The Beach, 28 Days Later, Sunshine, Never Let Me Go, Ex Machina, Annihilation) are two of the best in the industry, we’ve learned that over the years, and looking back on the films they created together is a lesson in both top notch quality and pure inspiration.  Boyle is very diverse, he can do anything, while Garland specializes in sci-fi, and the two together are an unmatched team.  Then there’s the cast, which is so good all around: Murphy the standout, Evans with his breakout role, Byrne who has never been better, Cliff Curtis, Michelle Yeoh, Hiroyuki Sanada, Benedict Wong, Mark Strong.  There’s enough standard deep space action to satisfy audiences’ desire for fun, but also enough symbolism and grunt work to engage us intelligently as well, a duel pairing that we don’t see often enough.  And what’s more, it’s clear that many films followed this example of solid story telling balanced with high metaphor, so Sunshine can be applauded for that feat as well, inspiring so many yet to come, as I’m sure at the same time it was inspired by so many others that came before.  I’m sorry that it took me this long to discover what I was missing, but now that I have, I recognize that this film is excellent in so many ways, and while its ending might be a little foggy (showing perhaps the cinematic youth of its crew), its entirety is more than worth our attention, our respect, and our probing minds.