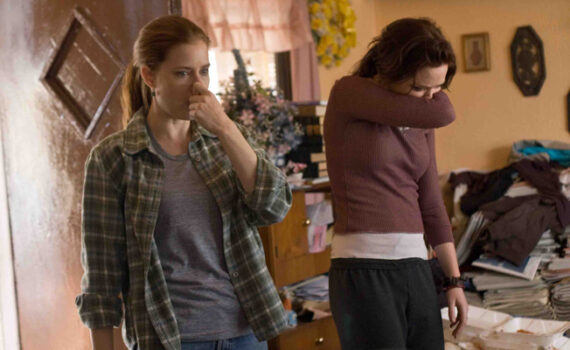 Does it really matter what the plot of a film might be if it’s headlined by those three above names?  They could be sitting around reading condiment labels and I’d still tune in; the talent that trio could pool up would blow the roof off of most other movies, and it comes so natural to all of them that it’s simply enviable.  Adams, especially, takes this entire project on her shoulders and makes it her film, her piece, her exposition, and it’s that confidence in ability mixed with that level of capability that makes Sunshine Cleaning great.

Rose hasn’t had an easy life, since her days as head cheerleader dating the star quarterback.  He left her for another woman, because apparently Rose isn’t marrying materiel, she has a son who doesn’t have a dad, because who’d want to stick around, and she’s a maid for a living, cleaning up after the rich people she went to high school with who married money.  Her mom’s dead, her dad’s a sleazy salesman type, her sister is a burnout, her son is a weirdo; it really couldn’t get messier.  So, hey, why not try a new job cleaning murder scenes, you really can’t hit bottom any further down, and, in a surprising turn of events, you just might be good at it.

Amy as Rose is the real reason to watch this movie; the rest is just nice.  Blunt is good, back in her emo casting days, but her accent-hiding is a distraction.  Arkin is as solid as ever, though it feels like they cast him because he was good in this style in Little Miss Sunshine, which, come to think of it, the entire movie feels like it’s copying that vibe just a little.  The kid is bad, the side characters are bad, the plot doesn’t go too many places, BUT, it all comes down to Amy Adams; she is a real star.  Her charisma carries the rest of the plot the rest of the way, and makes this film enjoyable, rather than forgettable, headlining a trio that’s a must-watch.