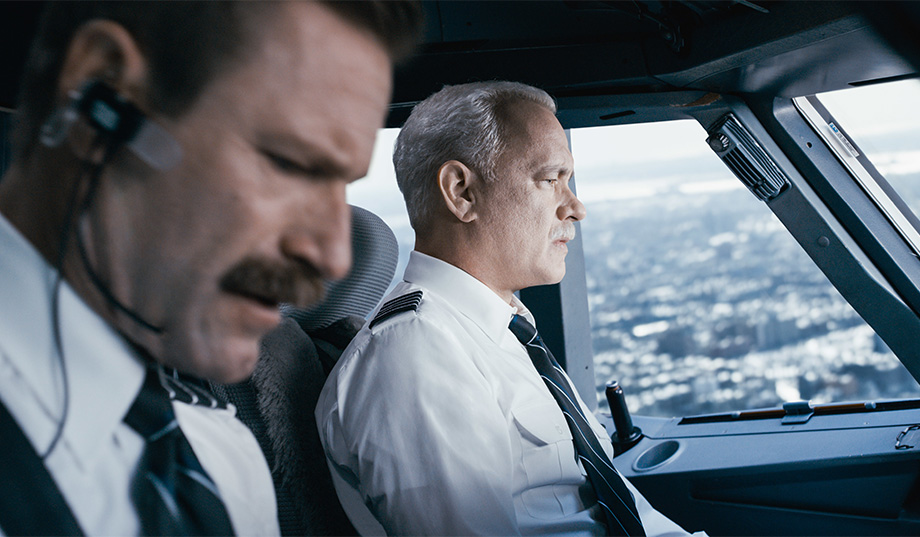 Has it occurred to anyone that Clint Eastwood isn’t a very good director?  The man is a living legend, an 86-year-old icon that has played some of the most memorable roles of the 1900s.  But does that mean he’s also great behind the camera?  We hear his name and we check “must-see”, but why?  Jersey Boys, Hereafter, Changeling, Space Cowboys, True Crime, The Bridges of Madison County; half the movies he directed since 1990 are either bad or mediocre.  Million Dollar Baby, Mystic River, Unforgiven; I’ll gladly give him those, and a couple solid films from the 70s as well.  But just because he has had successes doesn’t make that part of his career a success, and it shouldn’t make us automatically queue up Eastwood movies, expecting them to shine.  Case in point, Sully, a missed opportunity if ever there was one, and the main reason being the mismanagement of its direction.

Based on the widely-known true story, Sully tells the tale of Chelsey Sullenberger, the pilot who saved the day and made himself an instant celebrity.  On January 15th, 2009, veteran airman Sullenberger, known as Sully to his friends, took to the skies for another routine flight with his co-pilot Jeff Skiles beside him.  The pair were consummate professional and experienced pilots, but neither of them could prepare for what happened immediately after takeoff that fateful day.  A bird strike, or a flock of birds that damage the plane, occurred as the plane was ascending, knocking out both engines.  With no time & no power to turn the aircraft around in order to reach the nearest runway, Sully did the only thing he could; he glided the thrust-less plane onto the Hudson river, completing an unprecedented water landing that defied the odds, and saved every life on board. It’s a compelling true story, one that most of us will remember and can picture being discussed ad nauseam on CNN for an entire week.  There’s drama enough here that nothing needs added in; the disabling of the plane, the panic as precious seconds ticked away, the decision to head for the water, the bravery of the pilots, the happy ending of what could have so easily been a tragedy.  Add in Tom Hanks as the lead man and you’ve got yourself an almost-guaranteed winner on your hands.  Hanks can almost phone these performances in now, he’s done so many, although you can tell when he truly invests, since those take a step up from excellent to Oscar-caliber heights.  Sully didn’t offer him that chance perhaps, but he was great, as was his co-star in many ways, Aaron Eckhart, who I’d be hard-pressed to remember in a better role.

But the real life drama and the terrific main actors are where the positives stop, which wasn’t quite enough to male Sully a must-see movie rather than an interesting Wikipedia read.  Almost, and if it had been left alone perhaps it would have reached that goal, but Eastwood’s direction got in the way of any potential prowess.  Not only did he dice up the timeline into microscopic and unsavory pieces, but then he spiced up each moment with some of the worse side-characters you will ever see.  Laura Linney, Mike O’Malley, Anna Gunn, that guy who played the Devil in The Stand, that other guy who was part of Fight Club; god were their lines awful, manufactured, forced, and just plain dumb.  And let’s not forget the patriotic element, which Eastwood couldn’t stop himself from adding, moments in which we were supposed to become emotional because New Yorkers help each other out when shit hits the fan.  Ok, so does my cul-de-sac, let’s not make a movie about that though.  Eastwood’s heavy, cheesy hand squeezed this story for all it was worth, compressing it into a pulpy mess that even Hanks couldn’t save, and never really produced something that was much different or better than Flight, just more true.  The film has its strong points, mainly the lead acting and the crash scene.  But the director over-worked the 90 minutes he was given, time that would have been better left to speak for itself.