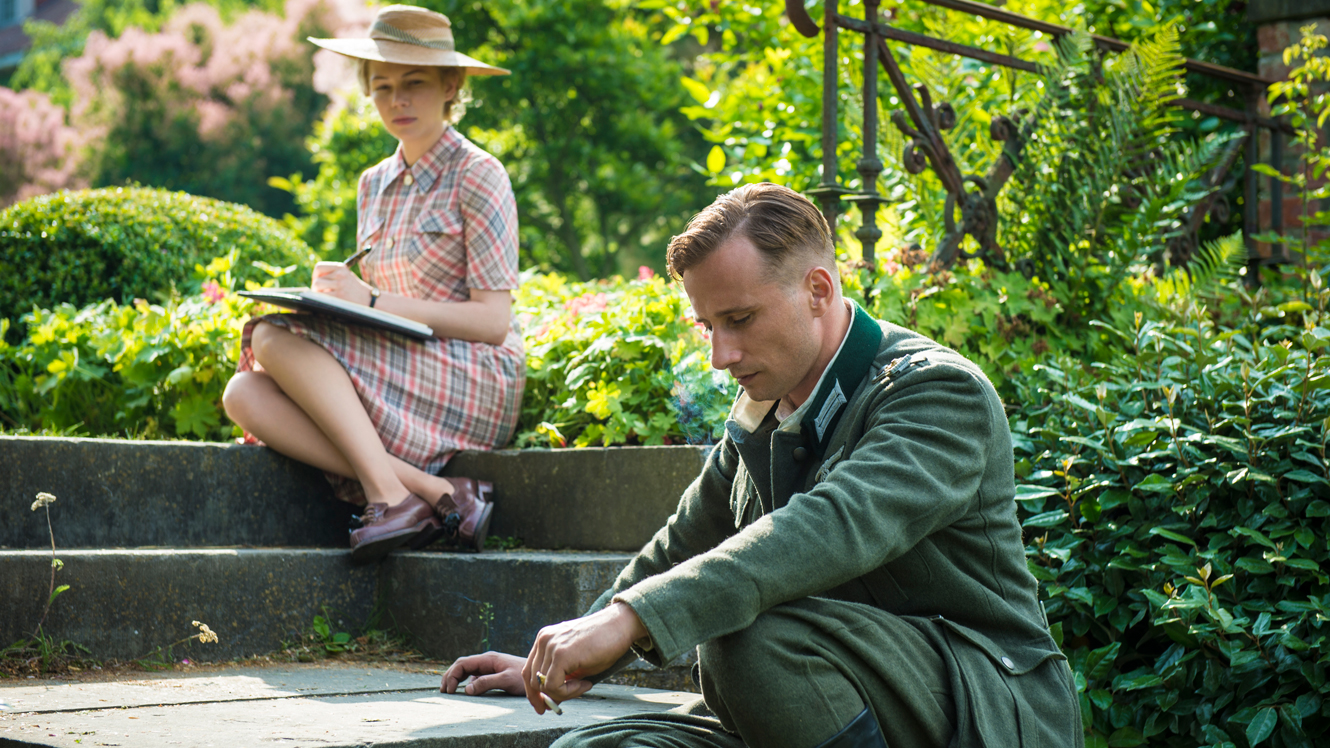 The rise of Matthias Schoenaerts has been something to see, apart from his uniquely handsome, wonderfully Belgian, leading man good looks.  His filmography is beyond impressive: Black Book, Rust and Bone, Blood Ties, The Drop, A Little Chaos, The Loft, Suite Française, Far from the Madding Crowd, Disorder, The Danish Girl, A Bigger Splash.  I don’t think that I’ve gone out of my way to watch his films, but I keep finding him everywhere, and he gets better & better with each role.  He isn’t the lead in this movie, Michelle Williams is, but he demands the attention of the audience, in this and every role, and I’m beginning to understand that he’s not just an actor, but rather a star.

World War II has engulfed France, with the Germans rolling to an easy victory and taking the country as their own territory.  The people of Paris flee to the smaller towns and villages, hoping to put as much distance as possible between themselves and the Nazi occupiers.  But Hitler’s soldiers are everywhere, forcing the entire nation to follow their rules, enforcing martial law over a people who are still their enemy.  Lucile, a young wedded woman whose husband is off fighting the Huns, finds a German officer quartered in the house she shares with her mother-in-law, a well-bred officer who used to be a composer and now sees himself as apart from the common, mindless soldier.  The two fall in love amidst the horrors of war, a relationship that is more than difficult, more than forbidden.

Suite Francaise the novel was written by a Jewish woman during WWII and is considered the earliest fiction based on the war, as it was written during the events it depicted.  The author, Irene Nemirovsky, was killed in Auschwitz in 1942.  Her daughter kept her unpublished works without knowing what they were for fifty years, before discovering them and and releasing the stories.  I think it’s safe to say that the power behind the film adaptation is much stronger than the film itself, which from the very beginning feels weak, recycled, and far too normal.  Williams fails to impress with her narration and British accent, Schoenaerts saving the day on more than one occasion.  The rest of the cast of the movie is filled with names, but is sadly without standout performances: Kristin Scott Thomas, Margot Robbie, Ruth Wilson, Sam Riley.  The music that fuels the love between the leads is pleasant, the WWII background is solid, but nothing ever happens to wow the audience, to make this film anything more than just another romance set against violence.