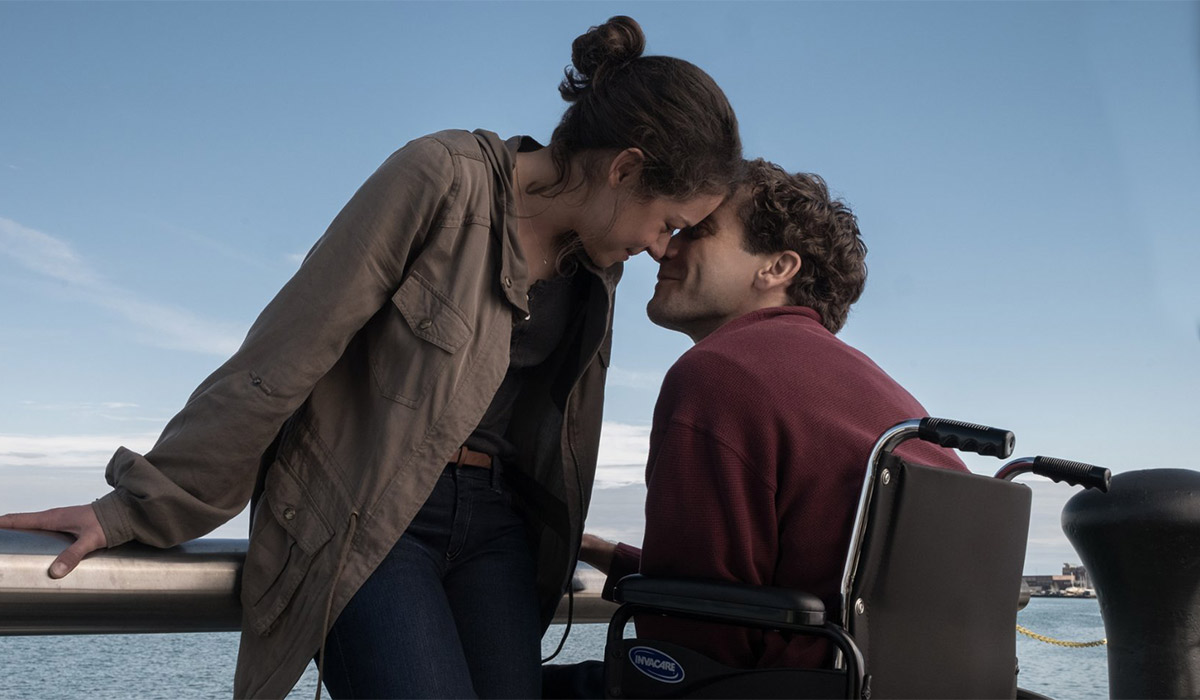 Jake Gyllenhaal always seems to be making a run at an Oscar; I think that’s simply because he’s extremely talented and in his prime.  He’s one of our brightest young stars, proving himself over & over again, only getting better as he ages slightly.  His newest attempt at awards is in Stronger, a film that has the subject matter to back up a deep run.  It’s the Boston Marathon bombing, it’s still fresh in our minds, and it’s a smart topic for a movie that hopes to make an impact.  Marky Mark tried it last year with Patriots Day to some solid success, Peter Berg being the true-life king he is.  This story gets a little more personal, helping us to see the individuals affected by terrorism, focusing our attention so we can truly understand.

Jeff Bauman is the quintessential Bostonian, from his love of the Red Sox to his thick accent.  He loves his family, drinking at the local bar, and has been on & off again with his beautiful girlfriend Erin.  She’s running the Marathon, so Jeff swears that he’ll see her at the finish line; he’s not always been so good at keeping his promises.  But he’s determined to keep this one, and he shows up with a sign to cheer her on.  Jeff is unlucky enough to stand right next to the bomb that is detonated, losing his legs in an instant and changing his life forever.  As he recovers from his injuries and attempts to find a life for a hero figure who can’t walk, Jeff will be forced to reconsider everything he’s ever known, and to accept that no one stands alone.

Gyllenhaal was the perfect choice for this role, he’s the exact guy who can pull off this character.  He doesn’t exactly look like Jeff, but that’s OK, his acting prowess can make us believe anything he’d like us to.  He plays the part with a heavy does of emotion, drawing audiences in, allowing us to live this story even if we’d rather not.  And Maslany is strong as well, though I think I liked her even better in Two Lovers and a Bear.  The family is funny, the tension is real, the flashbacks are painful; most everything was done right.  The only real criticism I have is that, basically, the movie is a little boring.  It’s repetitive and slow after about 30 minutes in, so once you get hooked there’s nothing to stop you from slipping right back off.  And I did, I faded away from the pull, and it cost me my interest in what was going on.  I still hold that Stronger is a good movie with great acting, I just can’t recommend it with a passion, or over some of the other, better, Oscar-caliber films of this year.