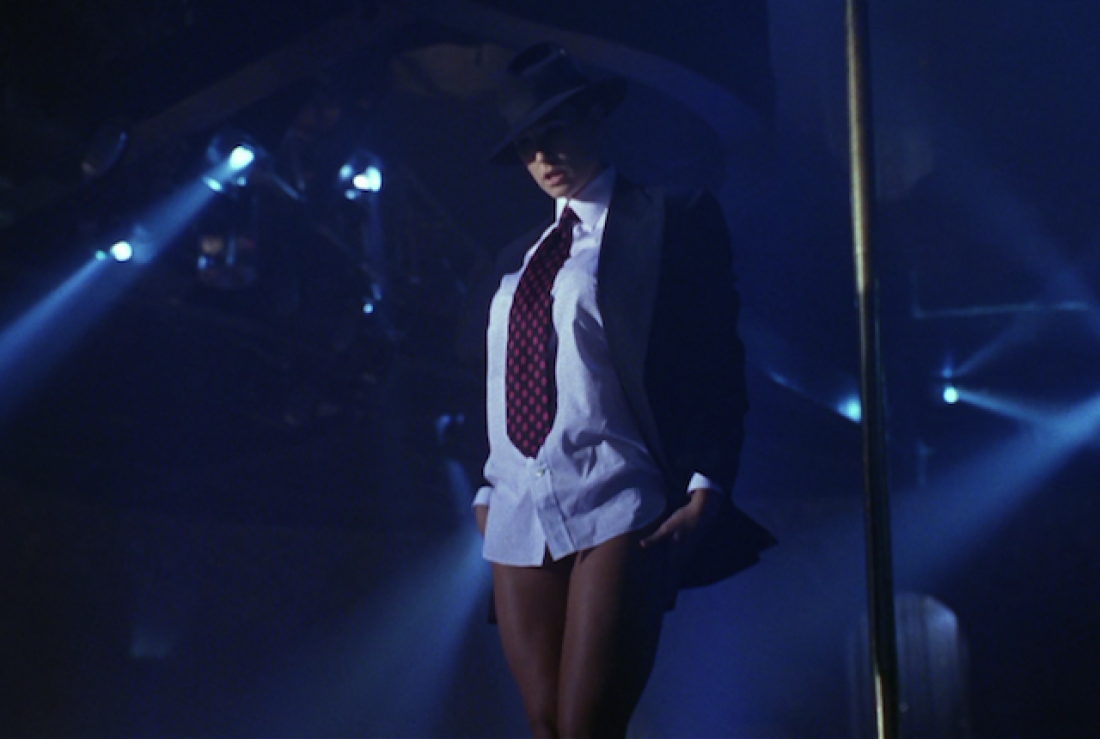 Striptease is worse than Wild Things and Showgirls combined, and that’s bad enough to launch it into the territory of Surf Nazis Must Die and The Room, which is not where you want to be.  The 90s was an odd time of ridiculous experimentation,  but it was also a time when creators got less creative, going back to the basic that sex sells.  Get a little neon, some mood music, pull up the stockings, and show off the boobs, maybe even throw in some murder just for fun.  That’s the premise here, and it’s as god-awful as it sounds.

Erin is a stripper just trying to put some money together so she can quit; no really, I promise, she’s actually really smart and hard-working, she’s just going through a rough time right now and needs the cash.  Meanwhile, she’s struttin’ her stuff and swingin’ the pole, with a daughter backstage who Erin is keeping away from a deadbeat husband.  But while she’s up there trying to make a living, she becomes the target of an obsessed Congressman, who must have her as his own, and will pull her into a world of crime and intrigue that’s way above her pay grade.

I should say that in real life I’m sex positive and sexworker positive, but this plot is just stupid.  She’s stripping while she fights for her kid, gets in hot water, and needs bailed out, which is not very original, and simply makes every character included look like an idiot.  The actors, they are idiots, for getting involved in any way with this film, which is as bad as I’ve ever seen.  Demi Moore was hot stuff in the mid-90s, but her career can’t even really be called that, she fizzled before she even really flamed, once people saw her and realized she could hardly pass as a human being on screen.  This was her death throe, and she’s barely worked again, at least not in anything serious, marking the end of a legitimate filmography that lasted a couple seasons.  It wasn’t all her fault, Bergman is a comedy writer who tried his hand at noir/thriller/farce and failed, so that’s on him.  But, any way you look at it, Striptease is a disgusting mess of a movie that should be embarrassed to exist, and it killed at least one big career.