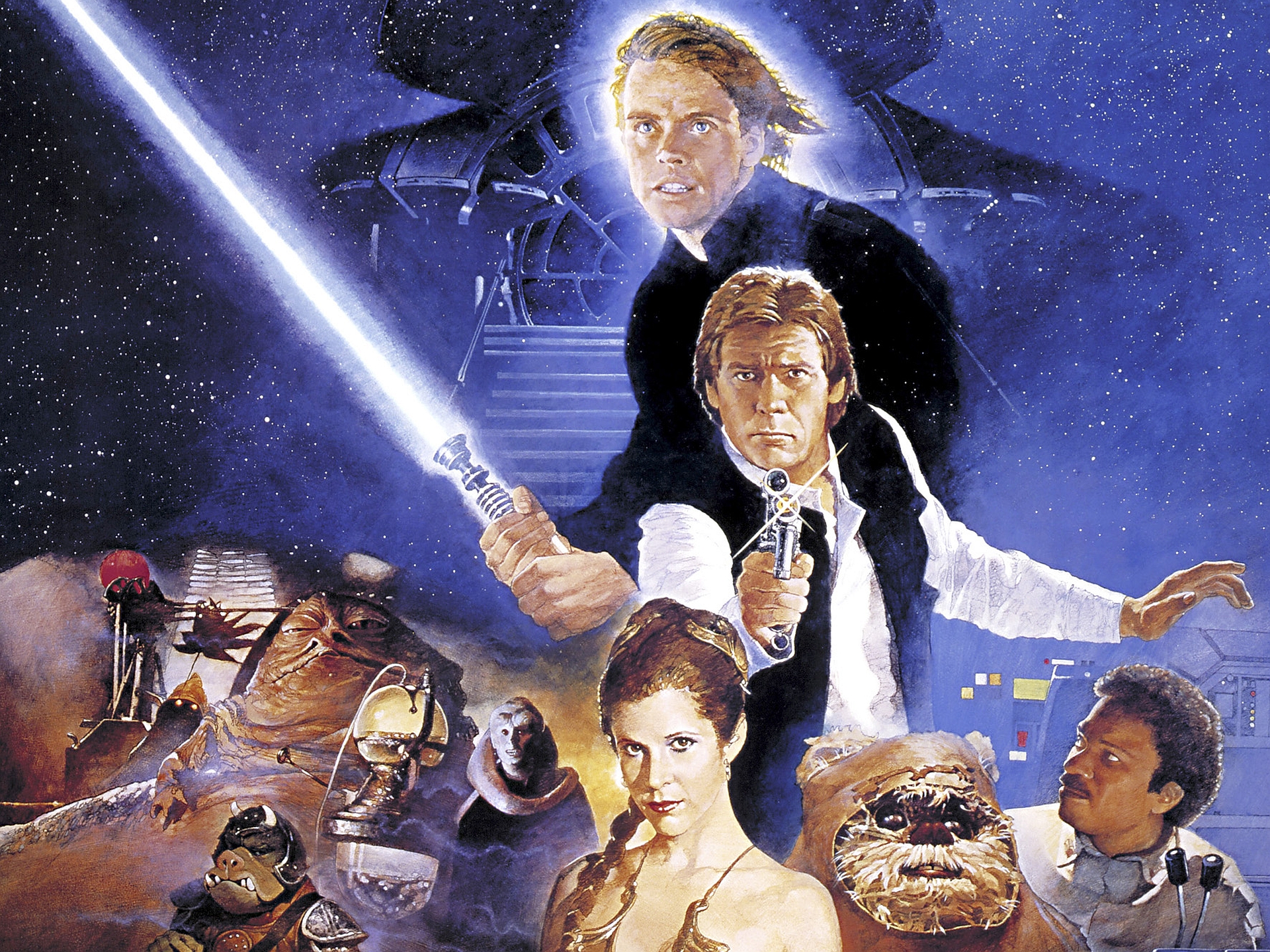 I couldn’t have told you that the original Star Wars trilogy had three different directors; I guess it doesn’t matter, this is George Lucas’ baby, and the story was somehow above being messed up, being misled, or being mismanaged.  I think the prequels and then the modern movies ultimately proved that idea wrong, but at least the originals were always on a solid track, and that shows itself without much prodding; all you have to do is sit back and watch.  Return of the Jedi is simply a continuance of the excellence of this franchise, and an incredible ending to what is probably the best film series that has ever been made.  Episode VI is my personal favorite, mostly because I grew up loving Ewoks and it came out the year I was born, but it is also a perfect grand finale to the plot arc we enjoyed so fully and immersed ourselves in so deeply; we deserved a stupendous ending, and thankfully we got it.

In New Hope, the Rebels rise to the challenge of the Empire, and Luke Skywalker helps them destroy the Death Star, the space station that threatened all.  In Empire Strikes Back, Darth Vader’s counterstroke nearly breaks the fellowship we’ve come to love, especially with Luke away from his friends, learning what he can from Yoda on his way to fulfilling his destiny.  Now, with Han captured and Yoda’s lessons put on hold, Luke and Leia must work together to save Solo and return to the Rebels, because the Empire is not sleeping, but actively rebuilding the Death Star.  On the forest moon of Endor, the Rebellion launches one last attack, hoping to destroy Vader and the Emperor once and for all, if only their luck and the power of the Force will hold long enough to finish the job.

The first set the stage magically, the second gave us all the fun we could ever wish for, and the third wraps it all up in style, as Star Wars goes out with a bang and delivers perhaps its greatest feature of the franchise.  I know my judgement is clouded a little because this was always my favorite as a kid, but I do think it holds up as amazing even when picked apart; its pieces are just so strong.  Jabba, the barge, the desert, Lando as general, Luke as Jedi, the Ewoks and their aid, the final battle with the added evil of the Emperor; there are just so many little characters, story lines, and moments to love, flowing from beginning to end.  The music rising to a crescendo, Vader vs Luke coming to a head, all secrets revealed in their proper time; it was simply written superbly, and then executed just as well.  The prequels might not be prefect, the followup films might have their ups & downs, but we’ll always have Episodes IV-VI, no one can take that away from us, and we can still share that miracle with our children, building the Star Wars fan base for generations to come, and never forgetting this awesome, beautiful, ultra-entertaining sci-fi masterpiece.