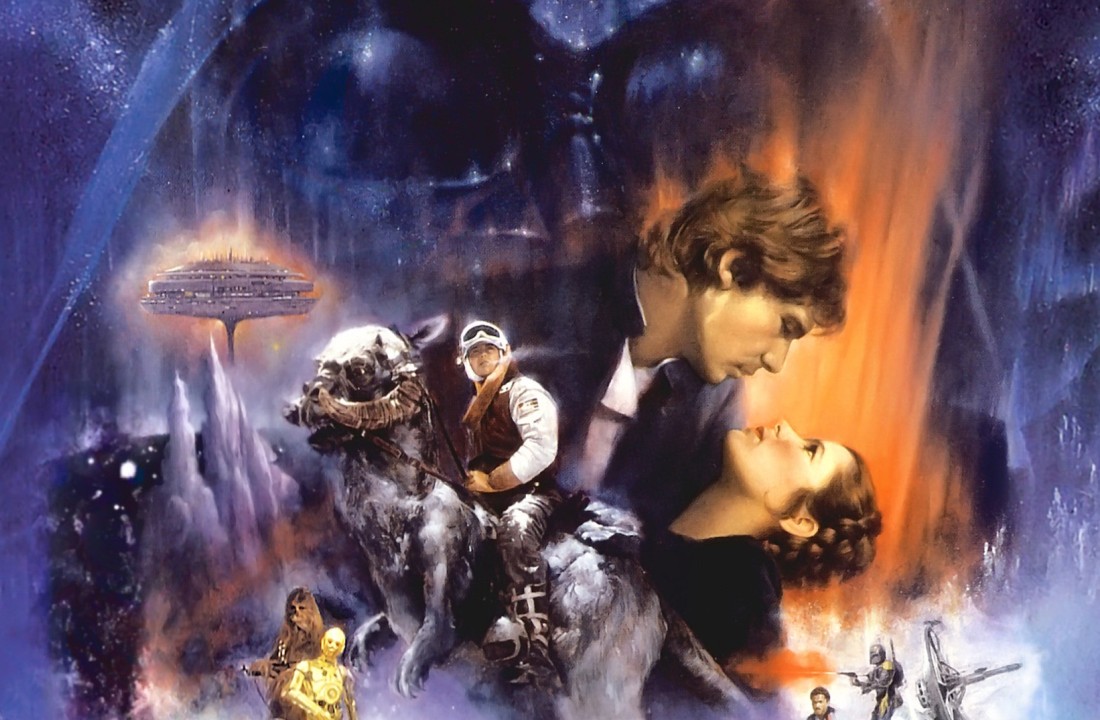 If A New Hope is a cinema god, Empire Strikes Back is its equally-powerful, maybe-cooler Olympian sibling.  In order to make trilogies sustainably and consistently good, it seems that you have to make them all at once, like Lord of the Rings, otherwise you risk a dip or a complete fall off.  But the first three Star Wars films came out with three years between each one; the miracle is that the magic lessened not at all, and perhaps even grew more powerful with every passing moment fans were left anticipating.  Wish I could say the same about the newest trilogy, but that went the way of the Godfather franchise, more’s the pity, but let’s not open that can of worms.  Let’s focus on the bright side; Empire Strikes Back is perhaps the greatest sequel ever made, and we’re lucky to have it.

The Death Star has been destroyed and the Rebellion is alive to fight another day, but the war is far from over.  With Luke Skywalker on their side, the Rebels hide on a remote ice planet of Hoth, where they hope to regroup and strategize, before the Empire can find them again.  But Darth Vader is already looking, and he knows that someone strong in the Force has arisen to fight against him.  After a battle on Hoth, Luke goes to find a Jedi Master named Yoda who will teach him the lost art, while his friends attempt to rejoin the scattered Rebel fleet.  First they must survive a perilous encounter in a cloud city, where Han’s rival/friend Lando is an administrator (and still a scoundrel).  The gang will fight for their survival, Luke will attempt to understand the Force, and all threads draw tighter as fate brings all players together.

A New Hope is practically perfect, but Empire Strikes Back may be more awesome; it’s got all the cool toys.  Hoth, tauntauns, wampas, Dagobah, Yoda, the Falcon in that creature’s mouth, all its hyperdrive failures, Cloud City, Lando, carbonite, Boba Fett, Luke vs Vader; it’s much more than we deserve.  This is was Star Wars was made to look like, these events and these characters, this is what created the legend, and that’s why this film is so spectacular, because it gives audiences everything they ever wanted.  And it still does; watching it back it’s still exciting to meet all the people again, to watch their encounters with these creatures, to know how they’re going to survive and what’s coming next for them in the next episode.  Unlike most series, the sequel takes no steps back, and is, if anything, better, simply because it offers more of what we already love, like a larger slice of chocolate cake, and you know there’s always room for dessert.