Movie Review – Stand By Me 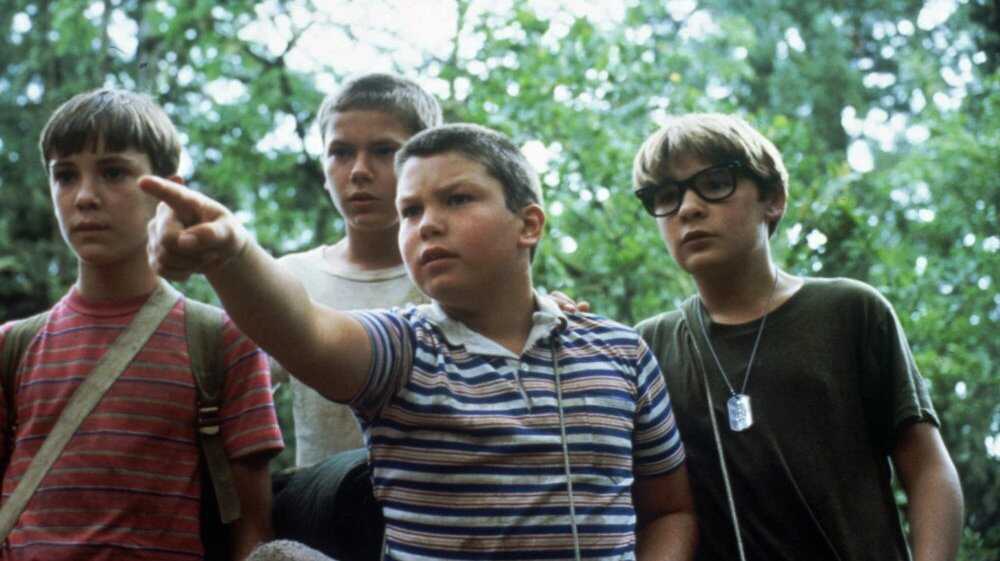 Movie Review – Stand By Me

Stand By Me is based on, if you didn’t know, a Stephen King novella called The Body, published in 1982.  It’s a great story, part of a great collection, and really shines a strong light on growing up, true friendship, and summers of change.  Read Different Seasons if you get a chance, you know I love King, it’s a good example of his work, so enjoy.  The movie version of this tale is no less compelling; really, it’s a cinematic icon that far outstripped the book.  This film is considered one of the best 80s coming-of-age tales to ever be made, and, yeah, I’d agree.

Four friends prepare for Junior High in a rural town, where their bonds will be tested and where they assume that they may go their separate ways.  Gordie is sensitive and has a great imagination, Chris is a natural, charismatic leader, Teddy is mouthy and covering up a lot of pain, and Vern is chubby and annoying, but the guys love him anyway.  When a local kid goes missing, the news is all over the airwaves, but these four pals stumble upon his potential location, and set off on a hike to find the body, alert the authorities, and go home heroes.  But, along the way, they face an even tougher challenge than trekking through the woods; facing their fears and their insecurities, knowing that life is about to change.

What a classic story of friendship and adventure, set among the woods and given an awesome soundtrack; you will swear that you were in this gang of ragamuffins in the late 50s, that you too saw the body of the missing kid in that fateful summer.  The mood is excellent, with a base set by King and springboarded by Reiner.  And the cast is incredible: Wheaton, Phoenix, Feldman, O’Connell, Richard Dreyfuss, Keifer Sutherland, John Kusack.  The acting may not be the best you’ll ever see, the emotions might be a little heavy handed, but it doesn’t really matter; the heart inserted into this film is powerful and game-changing, which is why this movie has endured so long and aged so well.