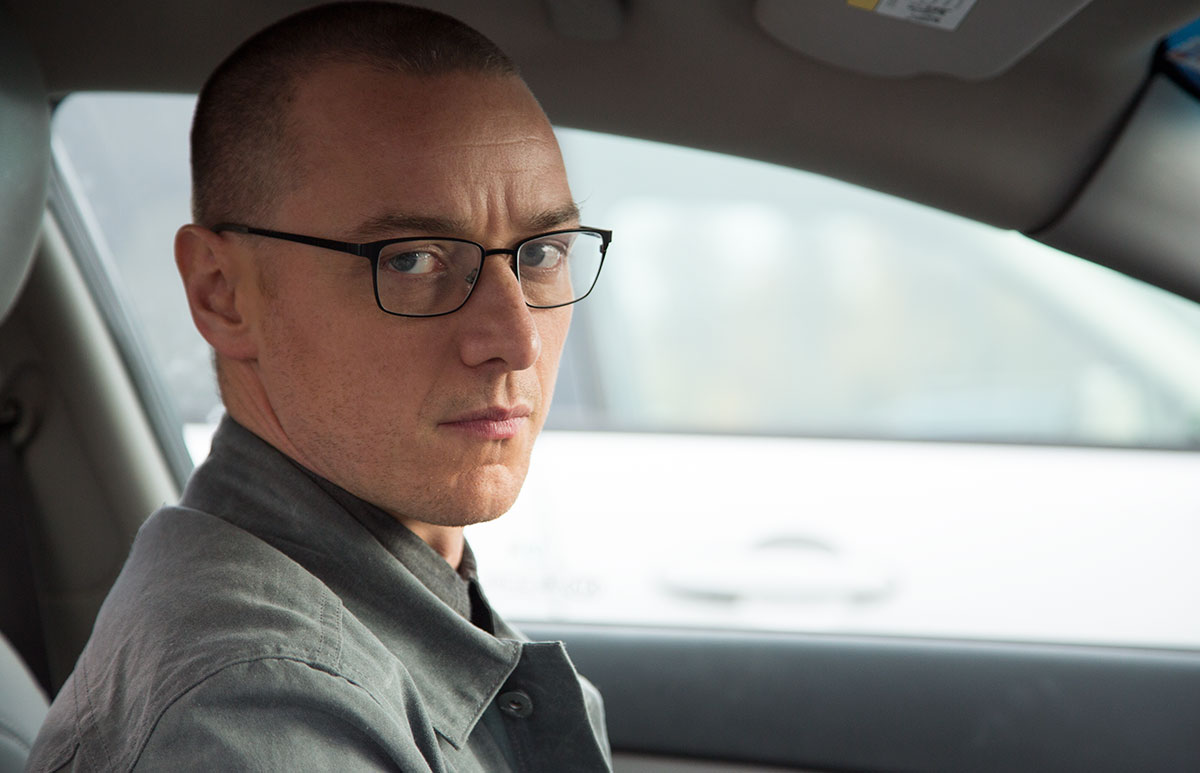 The free fall that was the stellar career of M. Night Shyamalan has been well documented, so we’ll only touch on it briefly before delving into his newest film.  Not everyone will agree, but Sixth Sense, Unbreakable, Signs, and The Village were all solid, frightening, original, bordering on twisted genius films.  Lady in the Water was a turning point, a time where we all said “What?”  And then came The Happening, The Last Airbender, and After Earth, flashing red flags that someone had lost their voice and their way.  The Visit caught our attention again, and Split reassures us that Shyamalan has not lost his talent, he had just misplaced it for a while.  But he’s back with a vengeance, and this could be only the start.  From this point on, his name is one you can trust again, and one you should hope you hear popping up very, very soon.

A loner named Casey finds herself at a birthday party with the cool kids, the last place at which she imagined herself.  Invited simply because she was part of the class, Casey sits by herself and tries to go unseen.  But when her ride home fails, Claire and Marcia will have to put up with her a little longer, as the birthday girl’s father won’t leave without giving Casey a ride.  He also won’t be with them much longer, as a strange man knocks him out, slides into the driver’s seat of his car, gasses the three girls, and takes them away to some underground location.  Where they are and what this psycho plans to do with them is unknown, but that’s only the beginning of the mystery.  This man has multiple identities living within him at once, and one called The Beast is on its way to do unspeakable things. The magic is back, and we can once again anticipate films from this gifted man.  He’s always had the ability to weave the unexpected, and we’ve always tried to outsmart him, usually without success.  He just made a few mistakes, missed the mark multiple times, but is back now, and we should all be quite excited.  No one manipulates the truth better than this director, and this time I’m fairly confident in saying that you won’t guess the twist.  Not to give anything away, but it’s actually less a trick and more a change of perspective, as you watch the film one way only to, at the end, look back on what you saw in a completely different light.  I call that genius, being able to impress and entertain us with mystery even when we try desperately to see it coming.

Shyamalan also intelligently moves past the medical diagnosis of the character into both deeper and more fictitious realms.  When I first heard about this film, I thought for sure they’d call this guy a schizophrenic, mess up the science, and basically ruin the movie.  But that didn’t happen, not at all.  Instead, the director handles the reality of the situation with deft hands, also installing the perfect amount of horror/fantasy to allow us to use our imaginations.  He couldn’t have done it alone though, he needed the perfect actor to pull off the role, and that was James McAvoy.  He’s tremendous, can do anything, and proves it here, as multiple personalities with multiple viewpoints and a myriad of voices.  He’s so incredibly convincing that we’d believe almost anything that came out of his mouth, which is partly the point.  The kidnapped girls do fine, the therapist is actually really strong, M. Night makes his little appearance, and the whole thing goes smoothly from start to finish without so much as a hiccup.