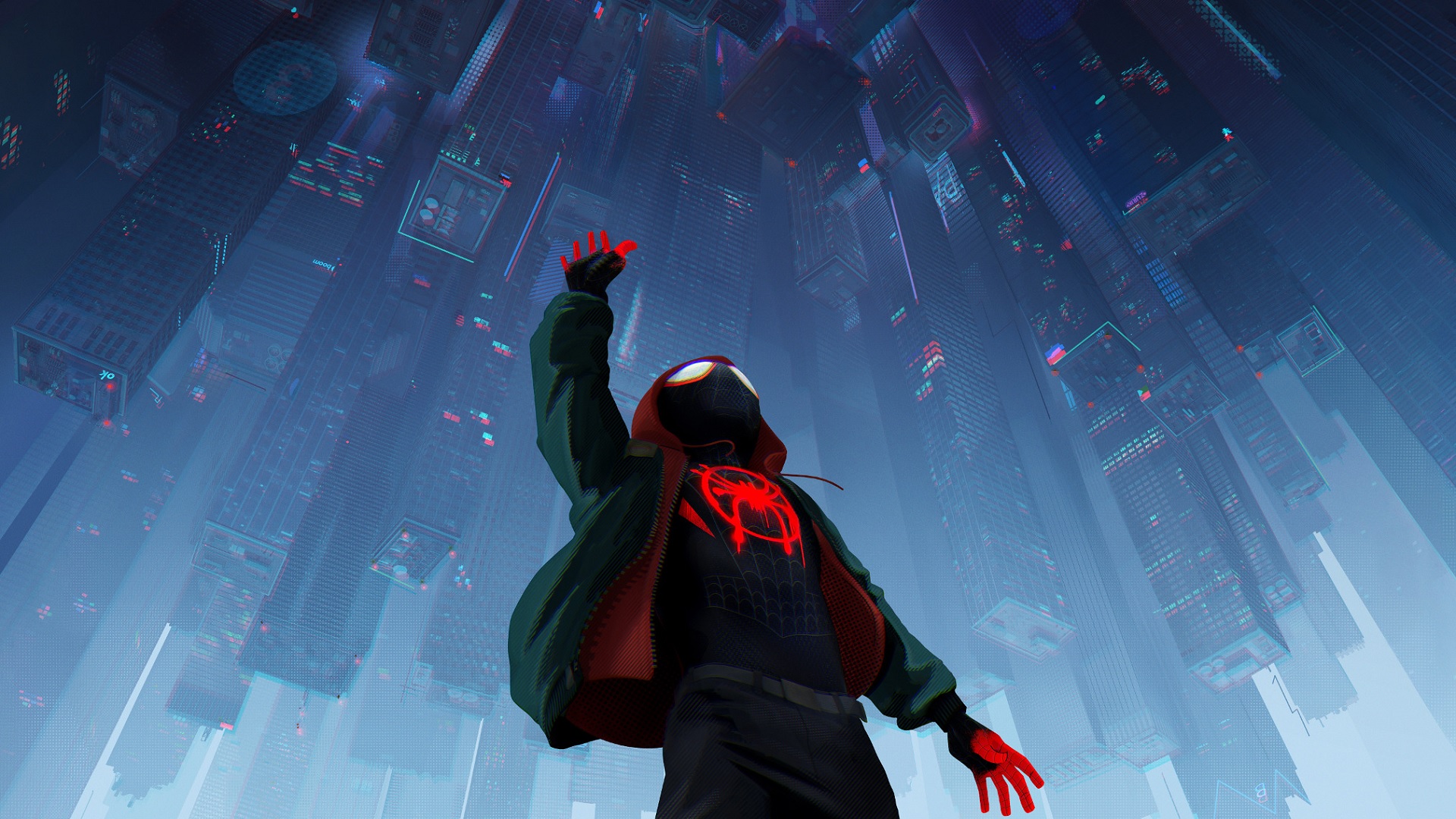 Spider-Man: Into the Spider-Verse is not only one of the best animated features of 2018, it’s one of the best films of the year period.  And going one step further, it’s not only one of the best animated features I have ever seen, it’s one of the best films I’ve ever seen.  This re-imagining of the classic comic book character is one of the most amazing cinematic experiences you will ever witness, a film that goes beyond genre to a place that very few have gone before, and every award that has been thrown its way so far has been entirely earned.  I’m just sorry that I saw it so late, that I didn’t make more of an effort so see it immediately upon its release, because my voting would have been different had this been on my list; it might have vaulted immediately to the very top.  Spider-Verse is simply that kind of movie; a once-in-a-lifetime success on every level that will both blow you away and wrap you in an embrace that will last.

Miles Morales is a whiz kid who just transferred to a new school at his parents’ insistence, so that he could start down a path toward success.  But he’s also an artist, a kid of the streets of Brooklyn, and he misses his old school.  His uncle, understanding what Miles’ father can’t quite grasp, takes him down into an abandoned subway tunnel so that Miles can express himself through graffiti, but a glitching spider bites Miles, giving him Spider-Man-like powers, with a few special exceptions.  Meeting the real Spider-Man, Miles witnesses Kingpin using a device that opens up parallel worlds, unknowingly releasing multiple Spider-style people into Miles’ reality.  They must all team together to find Kingpin’s next test site, use the Super Collider to get home, and destroy it behind them before he can push it past its limits and rip open the very fabric of the multiverse.

There isn’t enough hyperbole to abuse to encompass how awesome Spider-Verse is; let me just say “wow”.  It’s only the beginning, but the animation alone deserves a standing ovation, and has perhaps single-handedly changed the direction of animated features to come.  It’s breathtaking what they were able to do with this computer-animated style, blending comic book pixelation with stunning CGI rendering, creating a world that looks like pages come to life, but with depth, clarity, and color that will leave you speechless.  Background objects blur, characters glitch, you can see every dot of ink, you won’t believe it’s computer-generated, and you’ll never see anything quite like this again.  The story is set in a parallel world to our own, details are similar but not quite exactly the same as the world we know, and then Spider-Men from multiple dimensions pop up, bringing their own unique styles, methods, and genres with them; genius.

The entire film is a masterpiece, a work of art that also has a wonderful plot, the two traveling hand in hand from start to finish, taking us along for the ride.  Miles is an incredible character, and it’s beyond refreshing to see diversity enter this classic world.  Miles’ dad is black, his mom is Latina, he has his mother’s name, the music is modern, the romance element is turned on its head, there are multiple points of view; this is the shot in the arm we needed, and it affects so many genres, this is definitely going to ripple.  Then there’s the movie, which is funny, silly, moving, passionate, action-packed, well-structured; I’m not sure if there’s a single thing I could point to as a weakness, it simply works from top to bottom.  And the cast, holy cow: Moore, Johnson, Steinfeld, Mahershala Ali, Brian Tyree Hill, Lily Tomlin, John Mulaney, Nic Cage, Kathryn Hahn, Liev Schreiber, Chris Pine, Oscar Isaac, Lake Bell, Stan Lee.  Does it get any better than that?  I think not, and it also doesn’t get much better than this movie as a whole, a kick in the teeth of the status quo and an example for future filmmakers of exactly what to do right.