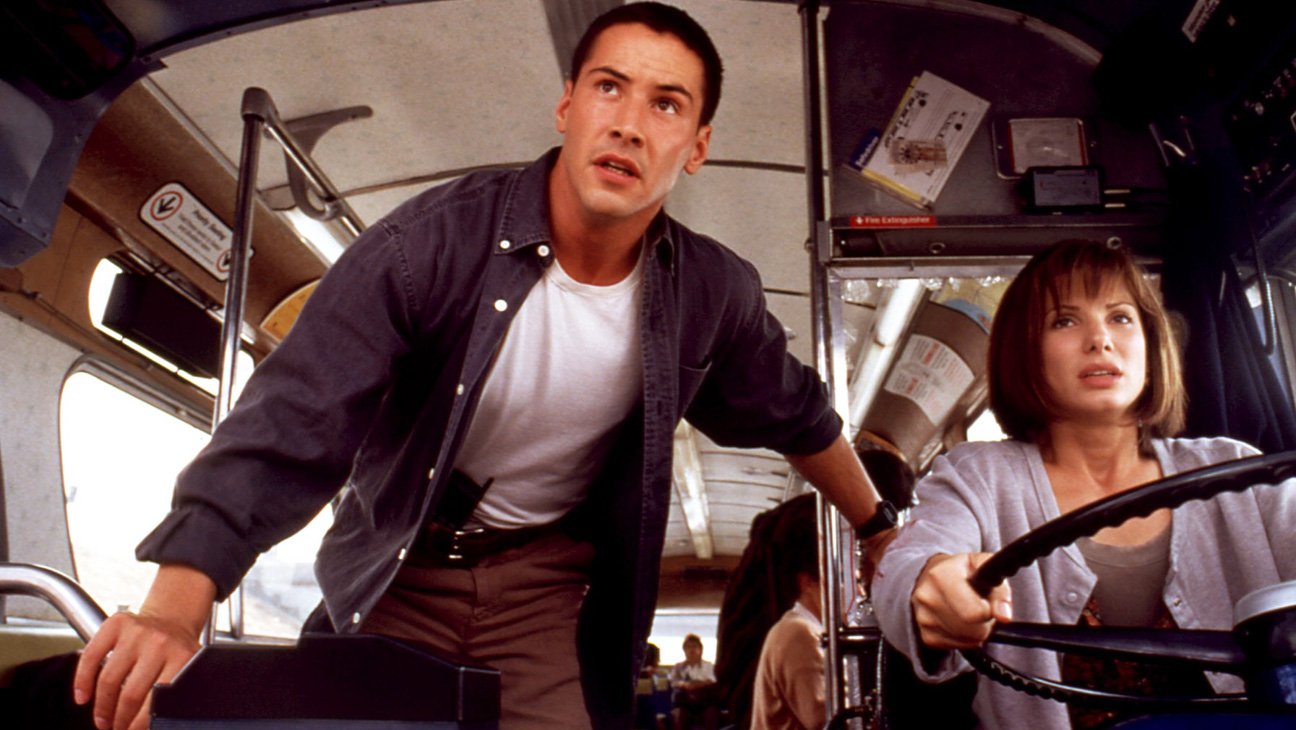 With equal measure how much we think we enjoyed it then and how much we’ve built it up in our minds since, Speed has become a great movie in our collective memory.  Keanu, Sandra, working together to fool a madman, some awesome action; what a summer blockbuster to remember.  But that’s just it; I think we are remembering it incorrectly.  At the very least, when I watched it back, I found myself gasping in pain more than jumping for joy, and that’s because this is bad, bad movie, one that perhaps we were once dazzled by, but not one to revisit lovingly.

Jack is an LAPD officer who helped defuse an explosive situation, rescue some hostages, and foil the plans of a wacko, for which the escaped wacko has not forgiven him.  This time, he wants his money and he wants Jack to pay for it …with his life!  He’s planted a bomb on a bus, and that bus is already in motion, but if it slows down below 50 MPH the bomb will go off, and no one is allowed to leave the bus either, Jack just has to jump on and take a ride.  But the plucky Annie is on board t0o, and together, they will outsmart the criminal, or die trying.

We can forgive ourselves for enjoying this in 1994; it was a simpler time.  Keanu was cool, Sandra was sweet, the plot was simple, the bad guy was evil; it all worked.  But, watching back, this is about as awful an action movie as you will ever see, and nostalgia shouldn’t get in the way of belittling it.  Reeves is maybe the worst actor to ever work, and although he’s aged well and we love his personality, his talent has always been lacking.  The story sucks, the physics don’t make sense, the plot is repetitive, the “action” boring; there aren’t very many reasons to like Speed, there are a ton of reason to hate it, we all just need to agree that maybe we were wrong.