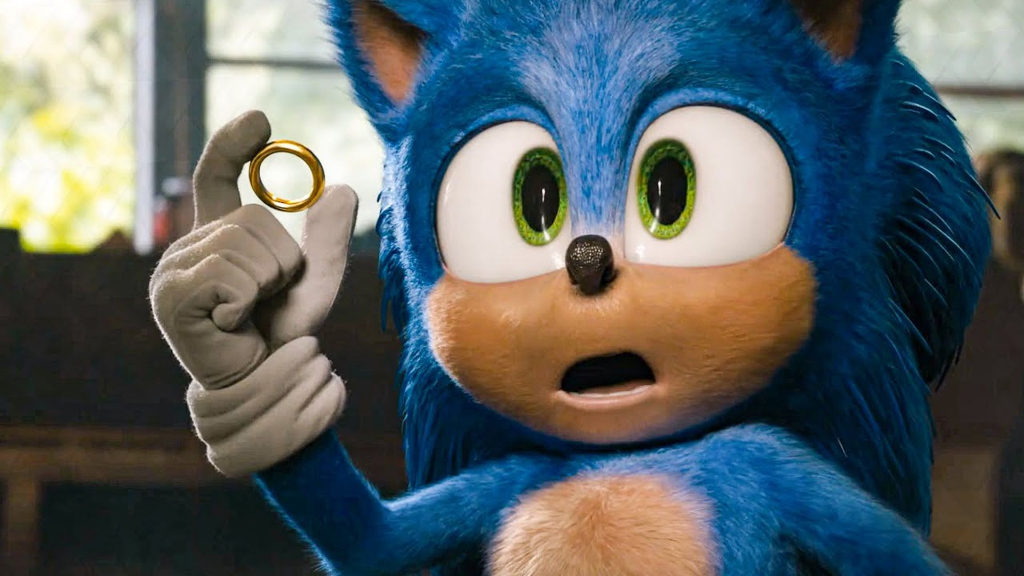 I played my fair share of Sonic games growing up; my favorite was Sonic 3 for Genesis, where they were on the island finding Chaos Emeralds, with the help of Tails but the hindrance of Knuckles.  Great games, great characters, much fun had.  But, really, I wasn’t excited about a cash-grab film that was only built to con people my age out of their money, simply because we can’t help being nostalgic.  It didn’t look great, the animation debacle was weird, I don’t know, didn’t have high hopes.  However, my son & I watched it, we laughed uproariously, and despite not being a perfect movie, I have to say that Sonic was super cool.

Living on a paradise planet far from Earth, Sonic the Hedgehog has powers that need to be protected, because evildoers always wants more power than they can create themselves.  So Sonic goes on the run through the universe, using rings to travel to other places at will.  Now in the U.S., he tries to lay low, but his loneliness is eating away at him, and this leads to a mistake that draws far too much attention.  Sonic now needs a true friend; enter Tom, the local cop.  Also enter some seriously sinister government agents and their hired hound, Dr. Robotnik, who will stop at nothing to see the blue devil destroyed.

Weirdly enough, I didn’t like Sonic at all, but I still liked Sonic as a whole.  The little guy was actually pretty annoying and not that funny, mirroring Ben Schwartz I guess, who I can’t take for long periods of time.  But, surprisingly, the rest of the movie was really fun, from Tom the Cop to Wade the Deputy.  It was Jim Carrey who stole the show though, predictably I guess; he’s such a comedic genius.  I know, sometimes he can be a bit much too, but he wasn’t here; here he was just right.  The moral was nice, the pace was quick, the jokes were frequent; a nice kids’ movie with some nice parents’ memories, if not a stellar piece of cinema.