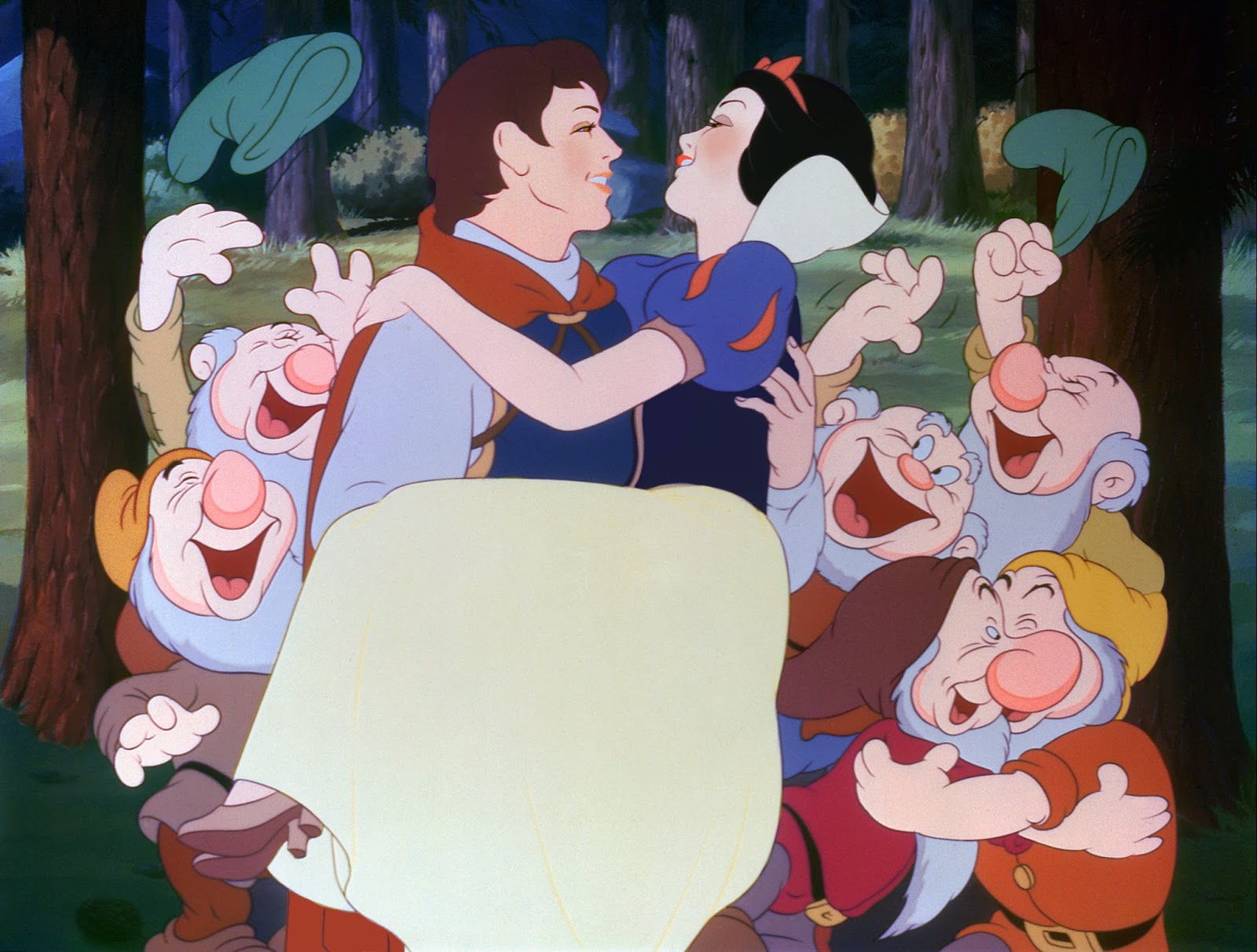 Disney’s first feature length animated film is also one of its most magical and memorable; it’s incredible to remember that it was created 83 years ago, and yet still holds such power today.  An original Grimm fairy tale, Snow White has become a cultural icon and helped launch Disney into the stratosphere, but its humble roots might be the most impressive thing about it.  This is the beginning of the Disney Princess genre, complete with musical numbers, whimsical animal characters, and evil villains who would meet their doom when good conquered evil in the end, because that’s how it must be in the perfect world of make believe, Snow White delivering that promise perfectly and in style.

The story is as familiar to us as our own face in the mirror, be it magic or not.  An evil queen in a faraway land holds her beauty to an unbearable standard, and asks a powerful image every day if she is still the fairest in the land.  When her own stepdaughter grows to be lovelier than she, the Queen orders her death, but Snow White survives and escapes into the forest, finding a dwarf’s cottage to hide away in.  These dwarfs become her closest friends, but even they cannot protect her from the jealousy of the mad queen, who will never stop hunting the young princess until she is dead, her beauty taken away from the world forever.

This film is about as classic as classic can get, rivaled only by The Wizard of Oz, Casablanca, a handful of others, but still reigning supreme over its own genre, an animated god that still lives on in power all these years later.  The story is simple but wonderful, the dwarfs are the key ingredient, the queen is supreme evil, and Snow White herself is flawless in a way that few characters have ever achieved.  Of course, it’s the music that really stands out; hits like Whistle While You Work, Heigh-Ho, and Someday My Prince Will Come, but hidden gems like One Song, With a Smile and a Song, and The Silly Song as well.  It’s short, it’s sweet, it’s easy, it’s perfectly rounded, and the animation for the time is as impressive as you will ever seen.  Snow White is quite early but it’s not much flawed, a miracle of a masterwork right out of the gates that has lost nothing with age.