Movie Review – Smokey and the Bandit 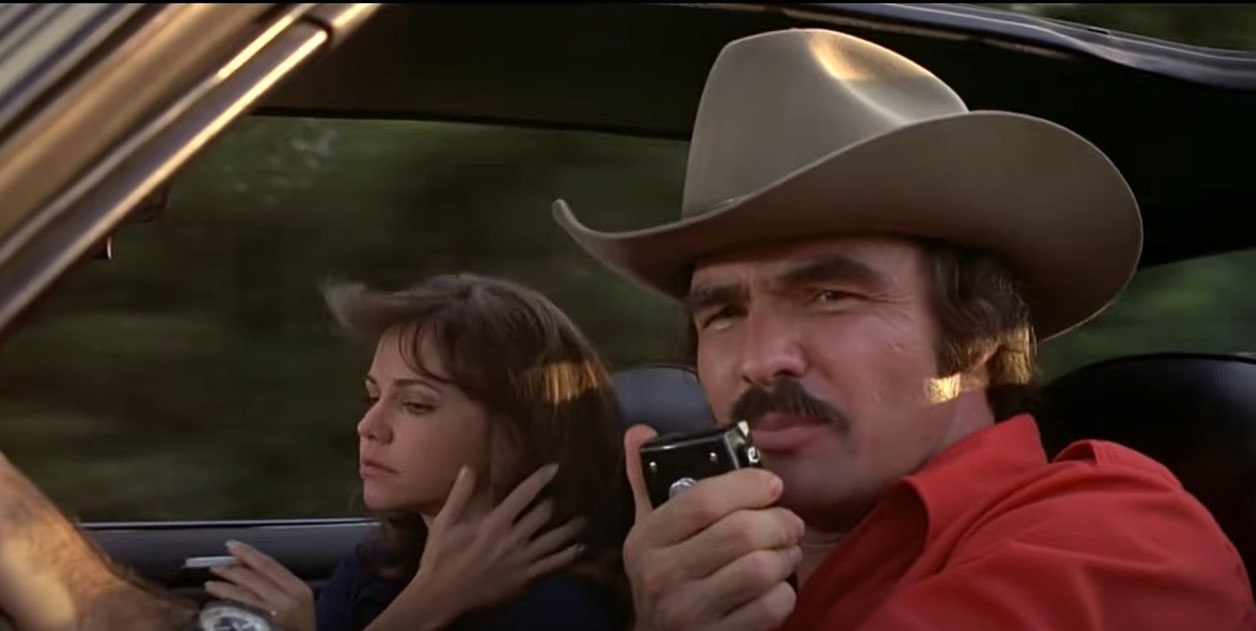 Movie Review – Smokey and the Bandit

Much (all) of what I think of Smokey and the Bandit now is based on nostalgia and only nostalgia; watching it today is not the same as watching it almost 50 years ago.  Can that be right?  Can it have been about 45 years this this film was released?  I would have watched it in the late 80s, but it still feels like only yesterday; time is hard to fathom I guess, and harder the older you get.  Anyway, Bandit isn’t as good a movie as I remember, or, rather, it’s a much more problematic movie than I remember, some of which can be forgiven because of time/age/perspective.  But some is just dumb and you wonder why it was there in the first place; some films just don’t age well.

Legend speaks of a pair of washed up ol’ Georgia country boys who used to be the fastest drivers in the South, pulling off crazy stunts and avoiding the local law, all for the thrill of the chase.  Now they just compete in fairs, appear for pictures, watch themselves grow fat, but maybe there’s one more big ride left in them, the famed cowboy Bandit and his trusty sidekick Snowman.  When the wealthy Big Enos bets Bandit that he can’t bootleg some Coors from Texas to Georgia, Bandit takes the challenge, running blocker for Snowman’s rig, keeping all the smokeys busy so that the beer can be delivered.  What he didn’t count on was meeting little Frog along the way, a young lady running from her own life and landing right in Bandit’s arms.

Well, Smokey and the Bandit is definitely dirtier, coarser, and less cool than I remember, but I guess I was only small, I didn’t know much better then.  Watching it now, it’s a little too unpolished and insulting, not even in a tongue-in-cheek way that might be admissible.  They should have known better in 1977, the film watches very cringe-y, and that’s upsetting, because boy did I love Bandit.  There’s still fun to be had; Burt was a god, Sally was so cute, the music and the semis and the chases and the fun, there’s something to be said for big, dumb, Dukes of Hazzard fun.  But that good ol’ boy humor only goes so far, and hasn’t translated well, so maybe cinema like this belongs in the past when it seemed good, not in the present where the only thing it’s got going for it is our memories.