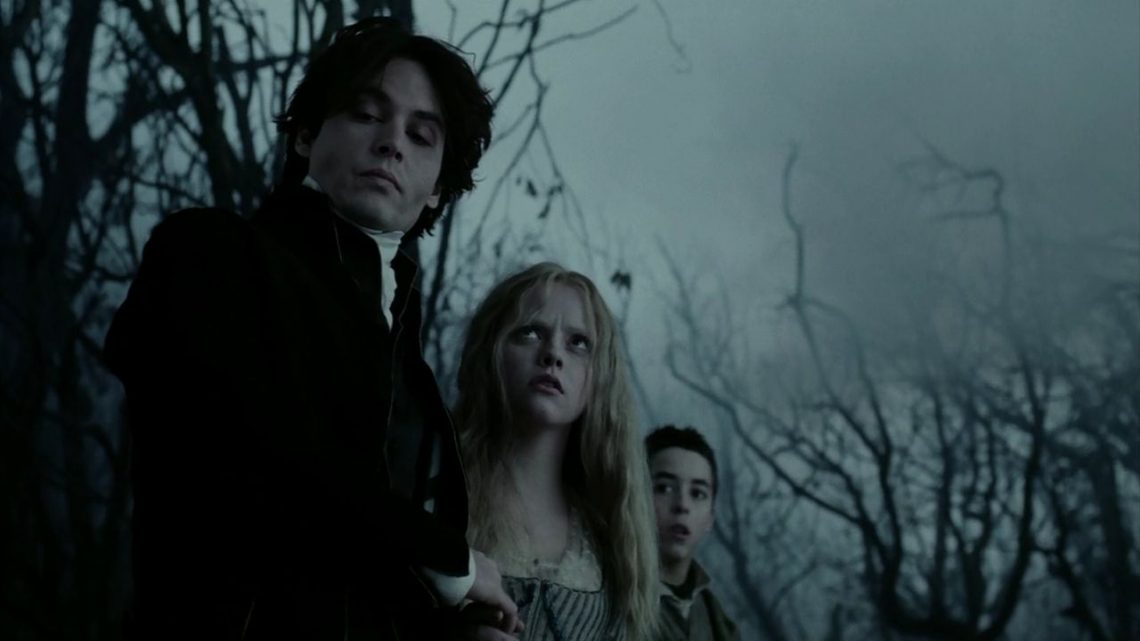 You can get Sleepy Hollow on Amazon for a dollar, and that’s exactly where it belongs; in a dollar bin at some discount store.  It’s exactly that good, fun enough to watch once and then throw away, without any really reason to keep or remember longer.  Tim Burton is a moody genius, Johnny Depp the same, and they team up rather well, obviously.  But this film simply isn’t the success we might remember from 20 years ago if we saw and enjoyed it then; perhaps we simply wanted to be entertained by it, regardless of its quality, which I guess is absolutely fine.  It’s worth an easy buck and a quick peak, some fleeting fun, but that’s about as far as the compliments go.

Constable Ichabod Crane has been called away from New York City to solve a case upstate in a place called Sleepy Hollow.  His manner of deduction is scientific, he doesn’t believe in the fantastic, he wants proof and facts, which are going to be in short supply in the spooky northern town, I can assure you.  Multiple citizens, who are all connected by blood or marriage or business, have been beheaded by a ghostly form appropriately named The Headless Horseman.  Legend has it that his old, dead soldier has come back to claim vengeance, and is taking skulls as trophies, but Crane suspects more realistic motives, and his hell-bend on proving it, even if it might cost him his own head.

We all know the story, maybe you’ve seen the cartoon version, and this tale is definitely a spooky, Halloween-y staple, so it’s great for the fall and for a fun fright.  Burton is the man to bring it to life, and he did so very well; the darkness, the mood, the special effects, the creepy quality, the idea that this might all really be supernatural, or Crane might be right and a crook might be an evil human.  It’s all entertaining, and the cast is stacked: Michael Gambon, Casper Van Dien, Jeffrey Jones (Mr. Rooney), Richard Griffiths (Uncle Vernon), Christopher Walken, Christopher Lee, Martin Landau.  But it’s almost just Gothic fluff, not cemented in the style, like Burton was playing, not being serious.  Depp was good, enjoyable, but not special, and god was Ricci bad; we forget just how awful an actor she really is, except, I contest, in Black Snake Moan, but that’s neither here not there.  Sleepy Hollow is a fine, easy, surface horror flick that’s just a little too forgettable and flippant, not making the impact it perhaps could/should have.