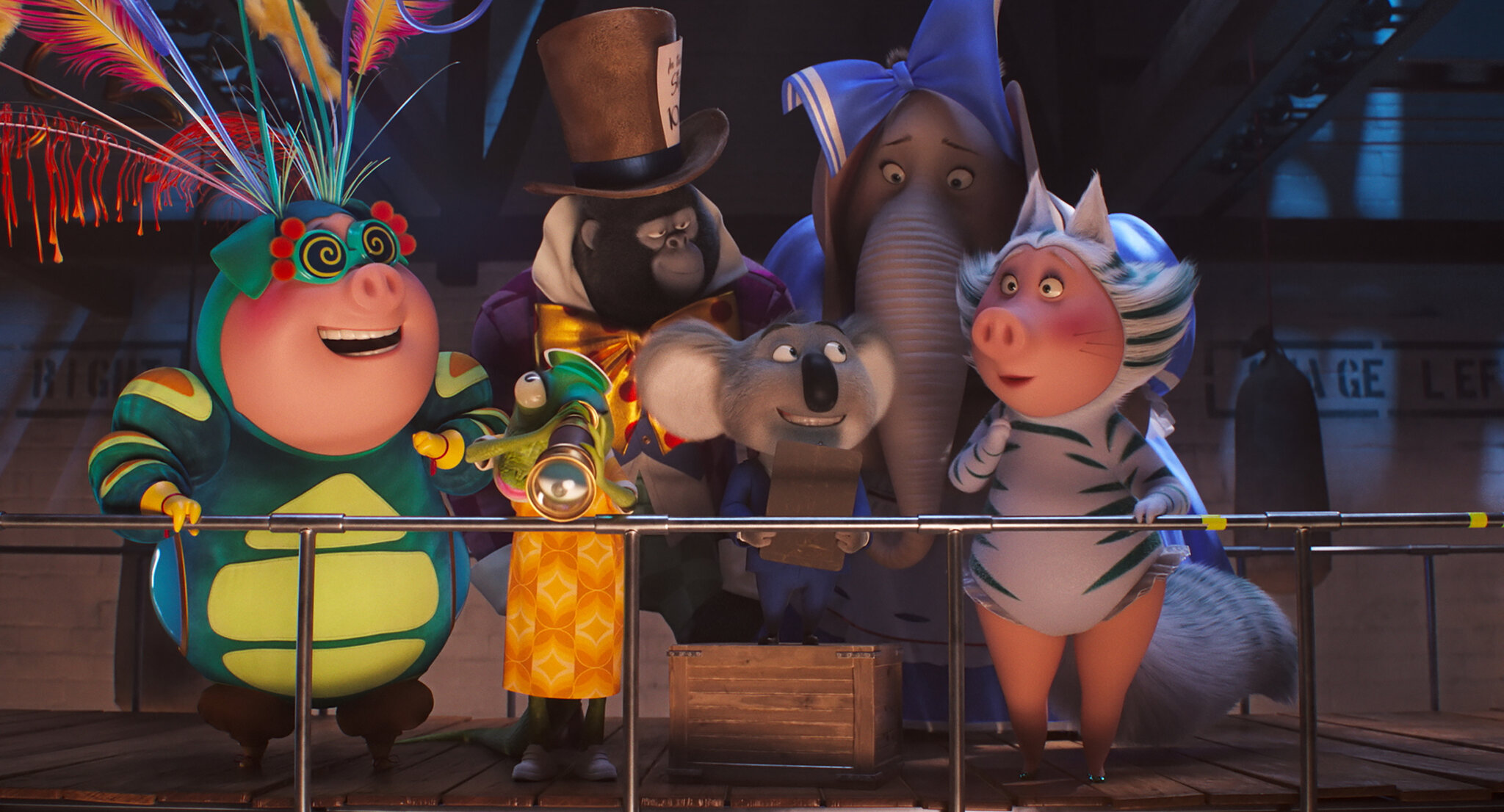 If Sing 1 was fun & flippant, Sing 2 decided to follow the exact same formula, giving us another hefty dose of family frolic and catchy pop tunes that we can all enjoy, if not fall in love with.  Five years later, Sing 2 is basically just a repeat of the same earworm track, another dose of sugar to get us through another day.  Fine, thanks, but also, we probably would have been happy with something a little different the next time around, not the same film covered with exclusive permission from, well, yourself.

After some success, Buster Moon and his gang of pop artists have a hit show going; Alice in Wonderland with a new & catchy beat.  They are silly and cutesy, but that’s not where Moon wants to take them; he knows that they are destined for more.  So they hit the road to debut a new show, but that idea is stale, so they make up a new on off the cuff, and promise not only greatness but a great star in the leading role as well, which they in no way can deliver.  But they’ll have to fudge the numbers for a while, because a paying audience is coming to see this new, edgy, hit musical, and all their careers are riding on its success.

Again, this is just Sing 1 redone; no one believes in them, they all reach within themselves, they craft a show, no one wants to see it, so they put it on anyway because they’re scrappy and gutsy and we love ’em.  Fun, easy, family-oriented, pop-heavy; we’ve seen it before and although it doesn’t hurt to see it again, I don’t think I would watch a third time.  The voices seemed phoned in, the music was mostly well-selected, I laughed once or twice; this franchise doesn’t have a lot of heavy hits, it’s just nice, and I guess I’m OK with that.