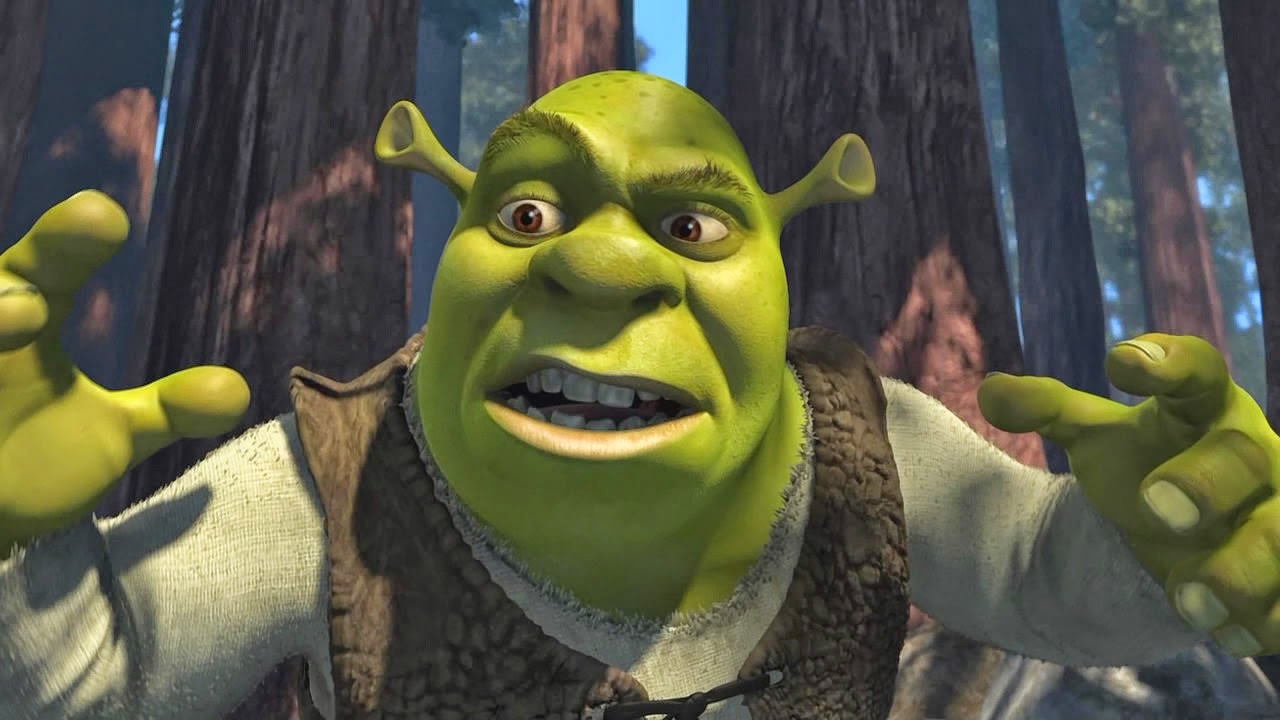 This is the tale of two viewings, because I’ve seen Shrek twice, once when I was 17 & now that I’m 34, and it’s like watching completely separate movies.  In 2001, Shrek‘s animation was cutting edge, the voices were done by current stars, it was surprising to hear modern music in a fantasy setting, and generally the film was received extremely well.  I liked it, if I wasn’t exactly running through the halls shouting its praises, but this time around I got a completely different vibe.  I shared it with my son, so there’s an enjoyment on that level that comes each time you see a piece of your childhood transferred to your children.  But otherwise, I really didn’t see what all the fuss was once about.

Shrek is an ogre who lives deep in the foreboding swamp.  He lives a peaceful existence, mainly, other than sometimes having to scare away townsfolk who get it in their minds that they need to hunt the monster, kill the beast, you know the story.  But recently, a new decree from Lord Farquaad has the fairy tale folk of the woods making refugee camps in the swamp, something that does not sit well with Shrek.  He and a chatty donkey travel to the local castle to talk to the Lord, and they are offered the swamp back exclusively, if Shrek will rescue Princess Fiona from a dragon and bring her back to Farquaad to marry.  Easy peasy, until hearts start leading the way instead of heads, which always results in serious trouble.

This time watching, my first reaction was that the animation was terrible.  I know, I know, I’ve been spoiled by Pixar and Laika and modern Disney, it’s all become so amazing that the old movies can’t possibly look as good.  But the visuals of Shrek are just stilted, blocky, unattractive; they really bothered me.  Then there’s the humor, which is mostly fart jokes and then a large reliance on the donkey cracking you up.  I didn’t dig either, and so I was left without much to grab onto.  The music is cool, the story is simple, there are things to enjoy, but I just had a really hard time understanding what it was that we loved all those years ago.  Time ages some movies more harshly than others, and I regret that I found out that this one doesn’t pass the test.