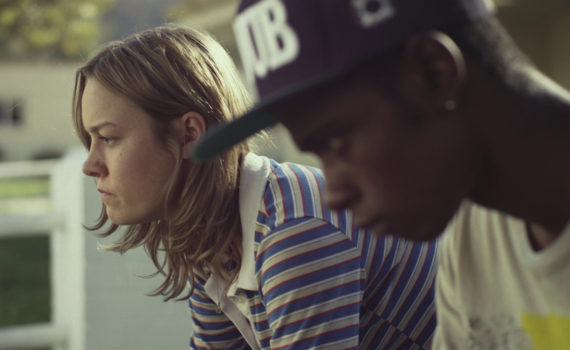 Brie Larson has been on her way up since the 90s, but her career has taken time to develop.  She starting on TV was she was 9, appearing in random episodes, getting roles in small movies, building a resume.  It wasn’t until 2012 that she got her first major role, as a love interest in the remake of 21 Jump Street, which is fairly random.  That put her on the map, and she became a Hollywood regular: The Spectacular Now, Don Jon, Short Term 12, The Gambler, Digging for Fire, Trainwreck.  But it wasn’t until 2015, when she was 26, that she really emerged in Room, a film that blew audiences away.  From there, she’s completely taken off: Free Fire, Kong: Skull Island, The Glass Castle, soon to be Captain Marvel.  Her 30th birthday will be something to celebrate, but first let’s take a look at her first major starring role in Short Term 12, a moving drama about abuse, treatment, and continuing life after life-altering events.

Grace & Mason are a dating couple who also work together, at a short term treatment center for teens who need a place to stay away from their homes, who often are victims of abuse, trauma, or are unsafe alone.  The residents stay for a few months, in theory, they can’t stay past the age of 18, and they are legally free to go whenever they want to.  Grace is a survivor of parental sexual abuse herself, Mason was raised by a foster family, they both are passionate about helping these kids survive their problems, work through them, talk about them, and ultimately defeat them.  But Grace’s recent life changes are too much for her to bear, combined with a past she can’t face down and a girl in the unit who reminds her of her younger self, full of anger and fear and unable to put it into words.

You can see why people began falling over themselves to land Brie Larson in their films; she has natural talent and undeniable charisma.  She just looks good on camera, and she’s able to use her mood to create a movie’s mood; not every actor is that powerful.  Since she’s become a legitimate star, she’s lost a little of that indie believability, but she’s still a fine actress, and it’s on display here.  John Gallagher is also strong, and Lakeith Stanfield pops up before he ever got the attention of major studios.  The subject matter is heavy, it won’t sit well with everyone, but it’s also important to know that this world exists.  My wife is a counselor/therapist who works with kids, so this stuff isn’t shocking to me, I hear about it often, though thankfully I’ve never experienced it.  So that might have blunted the edge of the story for me, might have taken away a bit of the shock factor and the weight of the plot.  But that doesn’t mean I didn’t appreciate it, nor does it mean that you should skip Short Term 12; it’s an important film and an eye-opener on many levels.