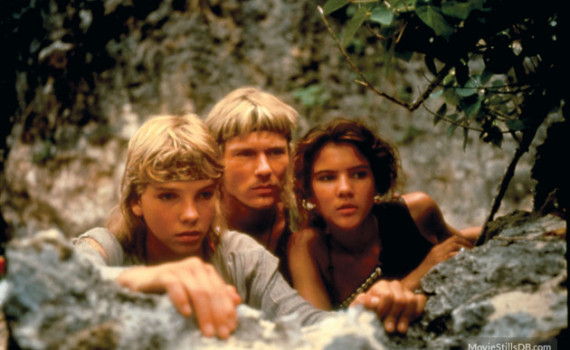 It seems almost an imagination now, but when I was a kid my family would rent VHS cassettes.  My dad & I would walk down to Baker’s, the local store, peruse the three small shelves, and pick out a tape based on the summary located on the back of the box.  Either that, or my sister & I would go to the library “downtown”, scan the rows of classics, and come away with a VHS that we would then watch a dozen times in two weeks.  Going to the store and picking a random movie off the shelf was how I saw Braveheart for the first time, and could be the reason I became a cinephile and a film critic.  But going to the library had its rewards as well.  That was how I was introduced to Abbott & Costello, fell in love with Memphis Belle, and saw Shipwrecked for what would be the first of countless times.

There are only so many characters that can fit on an 1800s sailing vessel, and we meet them all quickly.  First, John Merrick, a pirate, a scoundrel, and an imposter wearing a British naval uniform.  Next, Mr. Haakonsen, a Norwegian sailor with an injury that will keep him away from his ship’s next voyage to Calcutta and will keep him from earning enough to save the family farm.  In his stead, his boy Haakon volunteers, though he has never sailed before.  Haakon is in for the trip of a lifetime, learning the ropes as quickly as he can.  But when the captain suddenly dies, Merrick takes command, and leads the ship into a deadly storm.  Shipwrecked on an island and all alone, Haakon will survive on his wits until help arrives, all the while knowing that pirates will soon be coming his way.

Revisiting a childhood favorite is never a great idea, since it can’t possibly live up to what you remember.  But Shipwrecked fared as well as can be expected, not disappointing exactly, but not standing the test of time.  It’s a simple adventure tale, easy to follow, easy to watch, and I see why I loved it as a 9-year-old boy.  Haakon Haakonsen remains one of the greatest movie names in history, and Gabriel Bryne as the villain Merrick was a brilliant casting.  But the movie as a whole was only OK, watched as an adult.  The action is fairly unbelievable, the acting is a little silly, and there’s a man in an ape costume pretending to be a sympathetic gorilla that is almost laughably out of place.  Show this movie to the young once they’re old enough to watch a little light violence, but maybe stay away from it yourself.