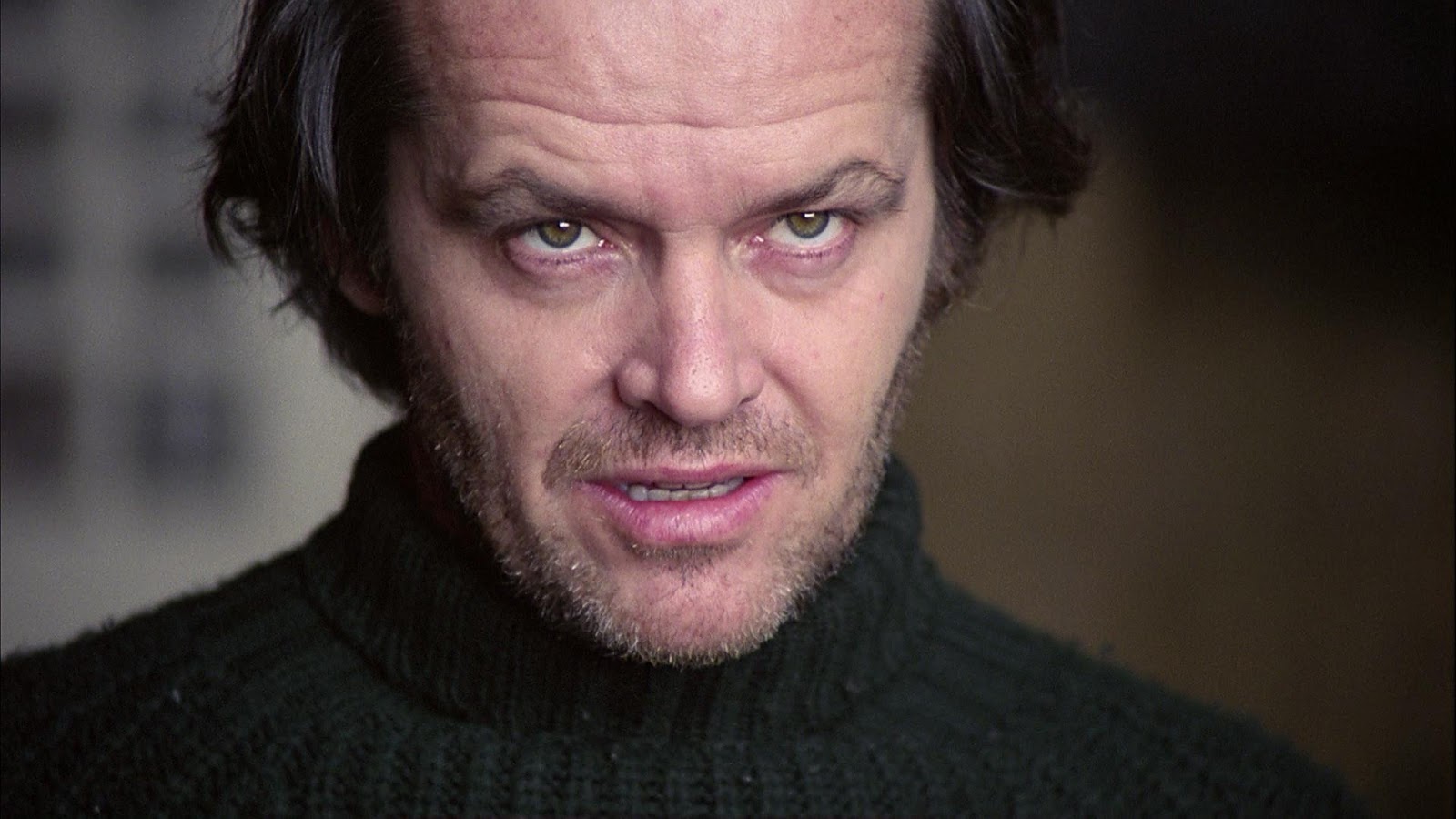 I made either the mistake or the only choice I could make, depending on how look at it, of reading the book right before watching the film.  I had read & watched both a long time ago, but the memory of each had faded over time, and I became much more familiar with other King works in the meanwhile.  So I went back, read the book, and loved it.  It’s amazing, frightening in a deeper way than you might expect, and really marks the point at with King began showing his genius, his ability to make a ghost story than many will enjoy about something metaphoric enough for others to buy into on a separate level.  I say that this might be a mistake, even though I enjoyed it so much, because it might have killed the movie version for me.  The Shining in film form is nothing like The Shining novel, and I don’t mean the story or setting or events, I mean the feel, which is really the most important part.

Jack Torrance is seeking a new beginning.  After an abusive incident reminded him how fragile his family life was, after a drunken night put him on the road to sobriety, and after a violent outburst lost him a promising job, Jack knows he only has one shot left to get it right before his tapestry unravels.  So he takes work halfway across the country, at a hotel called the Overlook in Colorado, as the winter caretaker during the offseason.  Jack will have time to work while he’s snowed in, can finally finish his play, and just might center his mind in a productive way for the first time in a decade.  Along with him come his wife Wendy & his son Danny, the latter of which has an odd ability to find lost things, pick up on emotional cues, and understand themes way beyond his age level.  But when Danny meets Dick, the Overlook’s chef, and is warned to stay away from certain rooms and to mentally call for help is anything goes wrong, the stage seems set for a season that’s far from quiet, and a family vacation that is anything but idyllic.

That’s a bit more of a summary of the book than the movie, since the movie leaves out quite a bit of the background detail that makes the characters who they are.  I understand, it’s a movie, it’s not long, there’s not a ton of time, things need to be cut.  But what I don’t understand is eliminating all the depth behind the action, making it simply a man snapping & attacking him family rather than the hotel inducing rage based on many past events, both in Jack’s life and the history of the hotel.  The background information is some of the best action in the book, the ghostly visions paling in comparison to what has actually happened.  Kubrick left it all out, which did the film a disservice.  He also changed the focus of the characters, making Jack a psycho rather than a troubled man, making Wendy a weird weakling rather than a heroine, making Danny a simpering side actor instead of the inspiring lead, and making Dick a caricature instead of a savior.  Kubrick still directs one hell of a freaky flick, those calling card moments are still there, and the movie is visually fascinating, but I hated the way the story went.  Under a less talented filmmaker, this would have become just another bad movie version of a King novel, something we’ve seen a hundred times before.