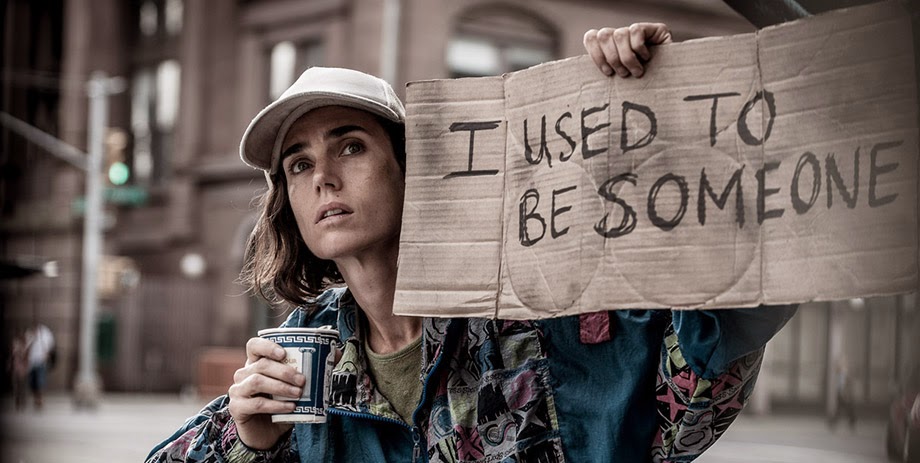 As much of a professional as I’m sure Paul Bettany is, it must still be difficult to direct your wife in such a physical film.  And by physical I mean that her acting goes far beyond emotion in this film, becoming something much more real.  Vomiting, defecating, shooting heroine into your pubic region, wiping semen from your face; directing & portraying these scenes would be hard enough and must have been doubly difficult given the marriage between Bettany & Connelly.  And to go back to the disturbing physical aspect of this film, it’s something you as an audience member will have to face if you want to try to enjoy this movie.  It might also be the strongest part of the project, overshadowing the mediocre acting & direction of a film, a movie that tried more than it actually accomplished.

Tahir is a homeless illegal living on the streets of New York.  His violent outbursts keep him under watch from law enforcement, his status as an illegal alien keeps him in constant danger of deportation.  But he sticks to his faith, believes he has a purpose, and refuses to give up.  He meets a woman on the streets named Hannah who was once a someone, but who now sees herself as a worthless no one of the city’s dirty underbelly.  The two fall in love, clinging to each other since there’s nothing left to grab hold of, eventually revealing their stories to one another, the reasons that they no longer have a place to call home.  Addiction & despair keep them from moving forward with their lives, and only love will keep them from giving up completely.

This was Paul Bettany’s directorial debut, and unfortunately you could tell.  The themes & conversations were much too expected, too overdone, and not delivered with a light enough touch to impress a knowledgeable audience.  Add in some terrible editing choices and you’ve got a film that doesn’t exactly scream ‘competence’.  Anthony Mackie was solid as Tahir, with an accent that got a bit tiresome, but otherwise with a character that was honest.  Jennifer Connelly felt very forced, failing to nuance her role the way it called for.  The slap-you-in-the-face physicality was pretty impressive, and credit to the team for not holding back, but as a whole the film just didn’t completely come together.