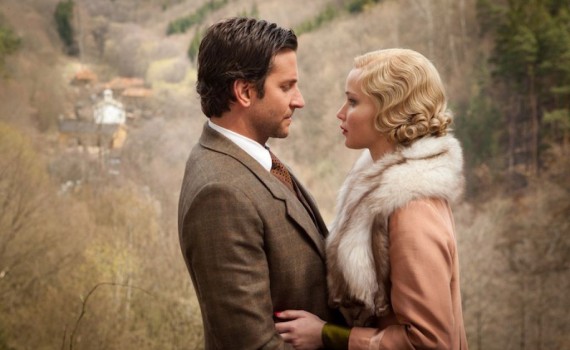 At some point in their career every A-list actor drops a dud.  And I’m not talking about the B-movies they had to be a part of on their way to super stardom, I’m talking about the bad luck and bad choices that are bound to pop up as a part of a long & distinguished catalog.  Tom Hanks had The Terminal.  Denzel had John Q.  Russell Crowe had Robin Hood.  Julia Roberts had Valentine’s Day.  And even the late great Philip Seymour Hoffman somehow found himself in Along Came Polly.  My point is, it happens to everyone, including the best, and not every script that sounds great turns out to be a great idea.  Chalk Serena up to this sort of mistake, a bump in the road for two excellent actors that we’ll hopefully forget about sooner rather than later.

In the forests of the Carolinas in the 1920s, lumber barons ruled as kings.  This includes George Pemberton, the owner of a successful logging company that he operates on a daily basis, living in a cabin built in the middle of ground zero.  George is lord of his domain, a rich man with power, money, and a bright future.  Into this world he brings Serena, a lovely orphan who was a part of a lumber family herself until a terrible accident killed her parents, owners of a Colorado-based logging camp.  Now George & Serena are partners, both by marriage and in business, running the company together.  But this doesn’t sit well with everyone and jealousy can be a dangerous thing.  Slighted friends, abandoned lovers, crooked politicians, nosy lawmen; there’s nowhere safe to keep your secrets and in the end the true nature of your soul will be revealed. I can’t imagine that either Cooper or Lawrence are happy with how this film turned out.  It was doomed from the start really, with a story that piqued the interest of exactly zero people.  Lumber barons with hot wives, dirty loggers with snake bites, politicians pushing state parks, deadly panthers available as metaphors; I’d be curious to know what it was about this movie that got such big stars on board.  It’s a story that you can’t care about buried under accents that you can’t believe set in some pretty mountains that you begin to hope the characters will wander off into and never return.  There was no pace, no hook, no angle, and no reason to get on board.  Serena quickly became torturous in it’s inability to pick a point and run with it.

And a lot of the issues on top of those were JLaw’s.  I’m gonna defend her a little bit, because I can only imagine what a stressful time in the life of a young actress this must be.  The Fappening, all the Hunger Games crap, you’d have to check on E! to see what’s going on with her love life, and then she’s shooting some bad movie in the woods and pretending to be from the roaring 20s.  She doesn’t do a good job at it, let’s just be honest, but she also never seems 100% committed either, which of course is part of the problem.  Her character is very disjointed, she plays it way too melodramatically, and by the end she’s someone to hate, not someone to feel the least bit sorry for.  Cooper & Lawrence are real talents; just watch them alongside each other in Silver Linings Playbook if you have any doubt.  But this was not their shining moment.  No wonder this film got almost no publicity, despite America’s fictional hot couple.  It all makes sense now that I’ve seen the film, so let me warn you out loud like the studio was trying to do silently; forget this movie ever existed.