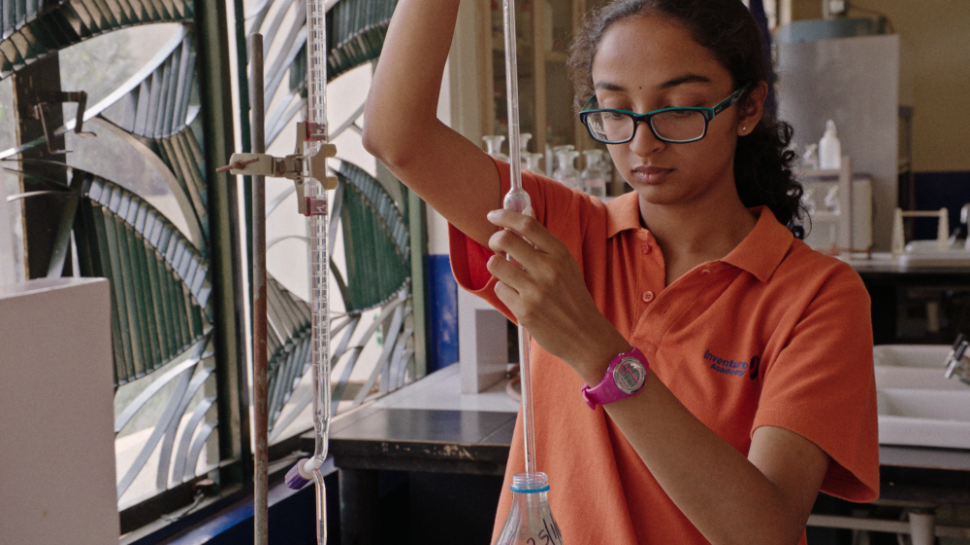 Making a case for a Best Documentary nomination at this year’s Academy Awards is Science Fair, an aptly named look at high schoolers competing to have the most impactful science fair project of the year at the International Science and Engineering Fair in Los Angeles, California.  Presented by National Geographic, this documentary follows the preparation and determination of a handful of students from around the world as they present their finding to many panels of judges, moving up the ranks toward the final competition.  It’s a peek into a world most of us know absolutely nothing about, and at a group of kids who are quite literally trying to change the world.

Starting in small state and local competitions, high school students from around the world begin the arduous journey of bringing their science fair projects to the attention of the scientific community, a task that’s much harder than you might imagine.  This specific year, 1700 kids from around the world, who have already won multiple competitions to get this far, will face off to see who has the best idea/innovation/research in a variety of categories, from health to robotics, from plants to energy.  A young man from Germany develops a one-winged airplane that boasts fuel-efficiency.  A boy from West Virginia teaches computers to think for themselves.  A girl from South Dakota has created a machine to read brain waves to study risky behavior.  These are the minds that are creating our technologies, and here they are at the beginning of their paths, on their way to bright futures.

Science Fair is a great and uplifting documentary, reminding adults that we’ve simply paved the way for a bright group of youth to travel down and improve.  The generations that follow us will decide the path the world walks down, there’s no way it can be otherwise because we’ll all be gone, and sometimes we can feel assured that the Earth is in good hands.  These geniuses and hard workers are crafting new ways to do old things, are curing cancer and solving problems in ways scientists haven’t even begun to imagine.  It’s this driving force that pushes the film as well, and allows audiences to get behind the story, one of dedication and determination that goes beyond simple excellence in schoolwork.  Science Fair might not quite rival Won’t You Be My Neighbor, but it’s still a documentary to be proud of, one that shows us what the best and brightest have to offer.