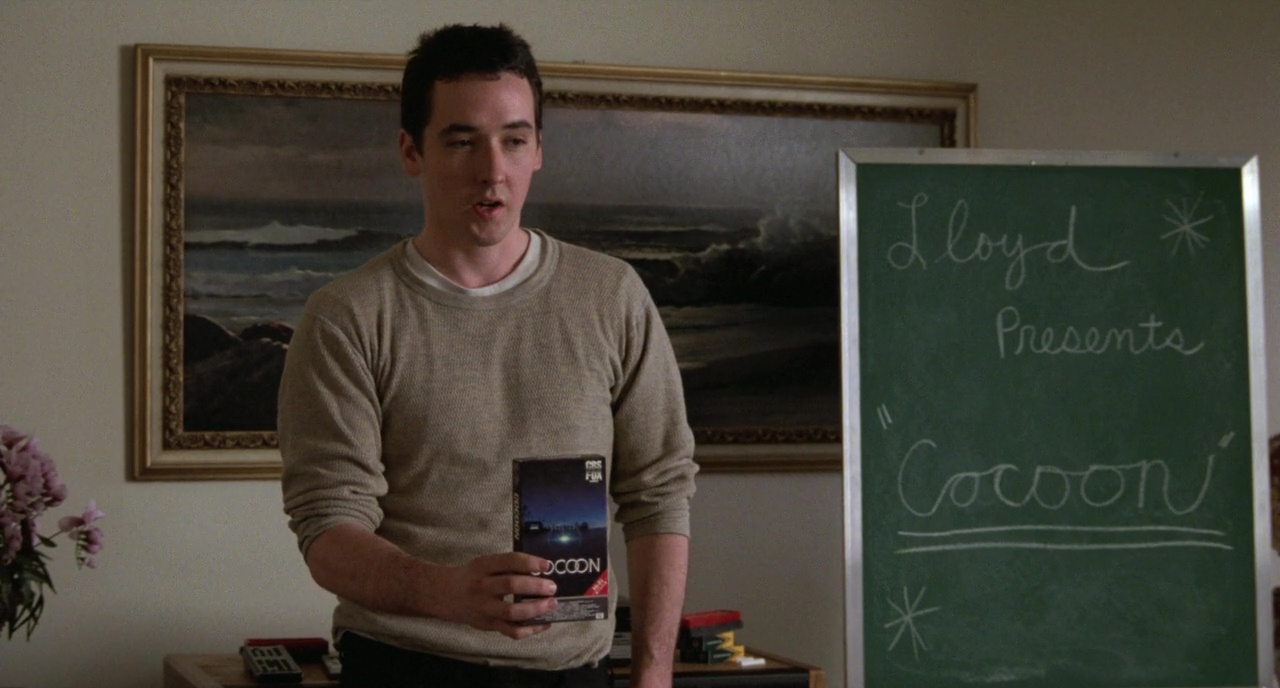 Say Anything isn’t just a feel-good movie, it’s a reminder that feeling good is possible, that feeling good is OK, that dreaming big is not simply adventurous but could be the best thing you could ever do for yourself.  It’s more than a movie, it’s happiness in film form, and rarely is that pure an emotion ever captured, which makes this experience all the more special.  That’s why it stands the test of time, that’s why every time I watch I feel so strongly about it; it’s simply that wonderful.  I could go on for days about this little gem, or you could just go watch it; it’s not just 80s nostalgia, it hasn’t grown old, you have permission to enjoy on whatever level you want, because this is about as pure as it gets.

Lloyd Dobler doesn’t know exactly what he wants to do after high school, but he knows what he doesn’t want to do, and the list is long.  His father wants him to join the Army, but Lloyd’s really into kick boxing currently, so maybe he’ll stick with that for a while.  But, the summer after graduation, what he really wants to do is date Diane Court, the most beautiful girl he’s ever sat near at a mall.  But there’s a problem; Diane is the smartest girl at school, she’s insanely driven, and she has barely any idea who Lloyd is.  He has something he can offer her though; a chance to see the world she’s missing out on, some time to enjoy her youth, and love, plain love, which he gives freely.

It would be an understatement to call this movie magical.  I know it’s sappy, but there’s something special here, something real, and it’s probably just young love put on display in a fictional form that feels like it could be happening to us right now.  Say Anything is beautiful, from the music to the memories it pulls up from your subconscious, and you’ll think you traveled back through your own nostalgia when you’re through, the emotions seem so honest.  This was Cameron Crowe’s first film, and how he got it so right the first time I have no idea, but he did, and he would obviously take off from there, so it’s great to see the beginning, especially when it’s done this well.  Cusack, Skye, Mahoney, Lili Taylor, Joan Cusack, Philip Baker Hall, Eric Stoltz, Jeremy Piven; it’s like a tiny time capsule, full of great era actors and excellent entertainment.  The lines are iconic, the songs are perfection, the mood is marvelous; there’s so much to fall in love with here you could watch a hundred times in a row and experience something new & wonderful with each viewing.  Say Anything is quietly and romantically one of the best movies ever, a modest, magical marvel that I can’t wait to see again.