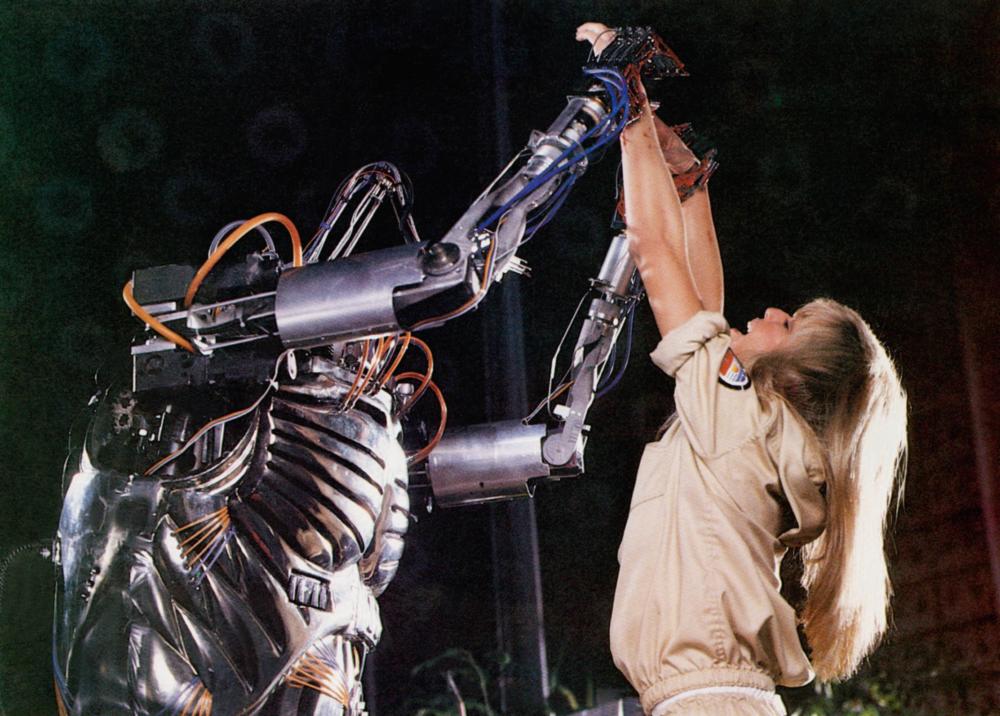 Stanley Donen is a name you might not recognize, but I bet you’ve heard of the films he directed.  Singin’ in the Rain, Seven Brides for Seven Brothers, Funny Face, Damn Yankees, Charade, Bedazzled (the original); these are some of the most famous classic films ever created.  It’s hilarious and bit sad that he would direct Saturn 3 in 1980, and that it would spell the end of his career.  The guy is still alive today, he’s 93 years old, but the complete disaster that was Saturn 3 closed the curtain on his filmmaking days.  You can tell why when you watch it now; it’s an awful attempt at sci-fi, a horribly acting piece of drivel that tries to be so many other good movies and just completely fails.

In the future, Earth will be a wasteland of high pollution and population, a place which mankind will look to leave.  Near Saturn, scientists will work to create new food sources for humans back on the home planet, helping them survive but also paving the way for them to leave and explore the stars.  Alex & Adam work hand in hand in isolation to produce nutrition, and they don’t mind their loneliness; they have their work and they have each other.  But their idyllic existence is about to be broken by a rogue engineer who thinks he can change the world.  Benson is trained (somewhat) in the creation of a new robot named Hector, one that should be able to rapidly increase productivity.  But Hector takes his personality from his programmer, and Benson isn’t exactly a boy scout.

You can forgive a few oddities from retro sci-fi; it’s a strange genre and they had some strange ideas of how to get audiences excited.  Boobs, of course, and fake blood, and maybe a robot or an alien to make things interesting.  Sometimes it worked (2001: A Space Odyssey), sometimes it became a cult classic (Barbarella), but sometimes it crashed and burned, like Saturn 3.  There isn’t a Saturn 1 or Saturn 2, thank God, the title is the name of the rock the scientists work on, and I’m so glad they didn’t decide to make any sequels either.  You’d think, by the stars in it, that it might work, but you’d be wrong.  Douglas was OK, an aging screen legend who had just enough left in the tank to show off his butt and try to convince us that he was a hero.  Fawcett was terrible, a waif of a character who wore diaphanous robes and needed rescued.  And then there was Keitel, who was about as abysmal as you can imagine, in a role that probably wouldn’t have worked no matter who the actor was.  This is a genre flick to forget about, not even bad enough to call fun, not anywhere near good enough to give second thought.