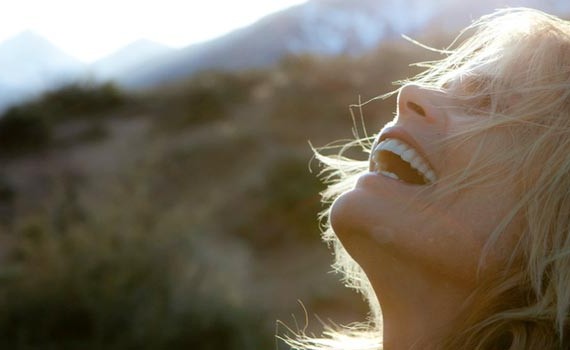 My wife made me watch this movie.  And while that sounds like bitter blame, it’s absolutely true.  She was at a conference for therapists & counselors in Orlando, Florida when Mariel Hemingway spoke to the group.  Hemingway is an advocate for mental health, suicide prevention, removing the stigma surrounding those topics.  She has more first-hand knowledge on those subjects than most Americans, even most counselors, and comes across as a fascinating source of information.  In 2013, she starred in a documentary chronicling her family’s struggle with mental illness, a movie my wife immediately wanted to see, coerced me into watching, and so, subsequently, here I am reviewing it.  But, let me tell you, whatever fascination Hemingway earns on stage at a therapist conference doesn’t translate to the screen.

So, why Mariel Hemingway?  If you don’t know much about her or her family you may not know why she specifically garners the attention of a documentary about suicide.  But like I said, she has more first-hand knowledge than you might guess.  Her grandfather was Ernest Hemingway, the famous American author (The Sun Also Rises, A Farewell to Arms, For Whom the Bell Tolls, The Old Man and the Sea) who in 1961 shot & killed himself.  Mariel’s older sister Margaux, an actress & model, also committed suicide, one day short of the 35th anniversary of Ernest’s death.  Mariel’s entire family suffers from a variety of mental illnesses, leading the actress (Lipstick, Manhattan, Star 80) to become an advocate for mental health, a follower of a holistic lifestyle, and a woman acutely aware of the dangers of our own minds.

The family itself is interesting, but, sadly, that’s where the intrigue stops.  They are a group of very famous & uniquely talented individuals: Ernest the writer, Margaux the model, Mariel the actress, and also her daughter Dree, who is an accomplished fashion model as well.  And the family all have their unique mental quirks, including Mariel’s mother & father, who created an unhealthy lifestyle of drinking, pressure, and possibly abuse.  So we all like to hear about screwed up families; perhaps they make us feel better about our own.  But as a film, this documentary turned into a home video of people we don’t know & ultimately don’t care about.  Mariel spends the majority of the time telling stories that, frankly, are hard to believe, driving around speaking existentially, and doing yoga.  Much of the movie is made up of previous footage of Margaux attempting to film a documentary herself.  So it’s interesting right at the beginning, until you realize there’s an hour & a half left of two ladies talking about all the problems their family has.  If I wanted that, I’m sure I could find my own insane relatives to talk to, hear fabricated stories from, and allow to waste my time.  But I don’t choose to do that and wouldn’t have chosen to watch this film.