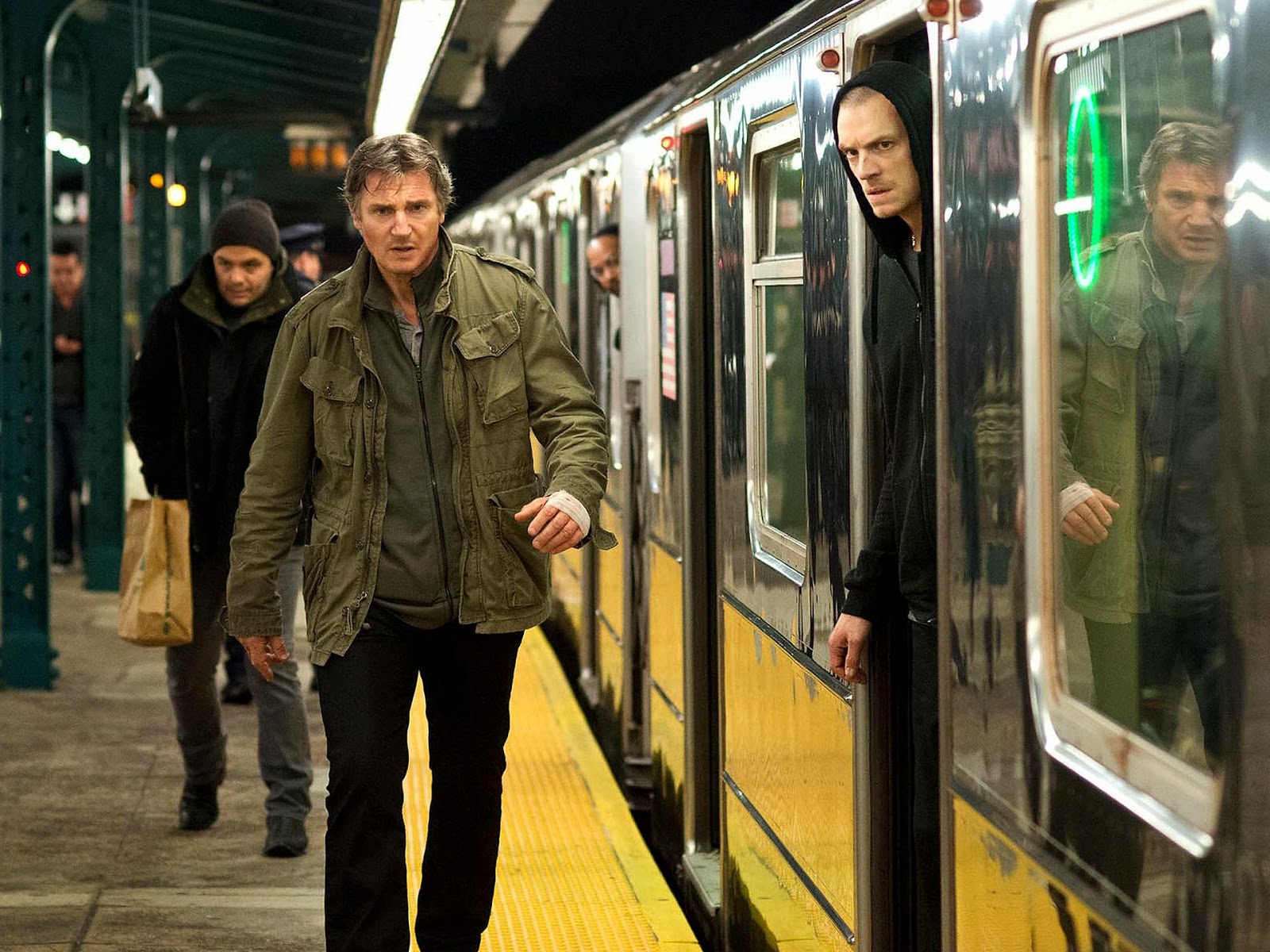 I like Liam Neeson more than I should.  He won me over a long time ago with three great performances in a row in three strong films: Schindler’s List, Nell, Rob Roy.  But that was 1993, 94, & 95.  He followed those up with Star Wars, K-19, and Gangs of New York.  Not his best work, and maybe it was time to let him go.  But in 2003 he played Daniel in Love Actually, one of my closet favorite movies, a performance that was as near perfection as you could hope for.  So I love the guy, despite the fact that all he does now are crime/action/shooter films that have begun to wear me out.  Taken, Clash of the Titans, The A-Team, Wrath of the Titans, Battleship, Taken 2, Non-Stop, A Walk Among the Tombstones, Taken 3; a laundry list of Neeson-busts-a-cap movies ranging from mediocre to awful.  Run All Night is just one more, nothing less.

Jimmy Conlon has not led a life to be proud of.  Once known as ‘The Gravedigger’, he was the city’s most feared hitman, an employee of his childhood best friend Shawn Maguire, the man who ran the town.  In the name of business, this deadly pair have killed many men, and have sold their souls long ago.  Now the game has changed.  Shawn has gone mostly legitimate, Jimmy drowns his memories in alcohol most days, and each has a grown son.  Shawn’s son Danny is a crooked mobster, a drug addict, and a dangerous enemy.  Jimmy’s son Mike wants nothing to do with his father, started his own life away from bad influences, and has kids who have never met their grandfather.  But when a random series of events leads Danny to try to kill Mike, all lines are crossed, all bets are off, all alliances are broken, and most of the men involved in this terrible night won’t live to see the dawn. It must continually amaze even Liam Neeson that he was able to accidentally create his own genre and make millions of dollars doing dozens of movie about one thing.  He literally plays the same character in every movie now, never reaching outside the comfort zone of this static persona that he has created for himself.  Whether named Bill, Matt, Bryan, or Jimmy, there are attributes that never change; a troubled past, a world ruled by the gun, an aging killer, and a life that he must save.  It’s impossible to say that he does a terrible job portraying this character; he’s just being himself, or rather the alter-ego he created to finish off the latter part of his career.  Neeson has become a character actor instead of a lead actor, it just happens to be the same character every time and it also just happens to be a character who directors understand will make their movies a success.

It’s our fault you know.  We keep coming back for more despite our better judgement.  We see Liam Neeson walking around in the dark with a gun and we go all weak in the knees.  I succumb to his power along with a large number of people, and I still am not sure why.  The voice probably, or the face, or the presence he carries around the dirty streets of American cities, a presence that says he has killed and will kill again.  Maybe it’s the danger we’re attracted to, because it’s not the quality of the product; Run All Night is bad from top to bottom.  Neeson plays a drunk as believably as he would play a circus clown, Ed Harris attempts an accent and fails, side characters die by the dozens, and the guy who plays Mike Conlon embarrasses himself with college-level acting.  It’s not a film that works, but rather a film that manages; it managed to get us in our seats, managed to last 90 minutes, and will somehow manage to convince us to do it all again next year when Neeson loads another gun.