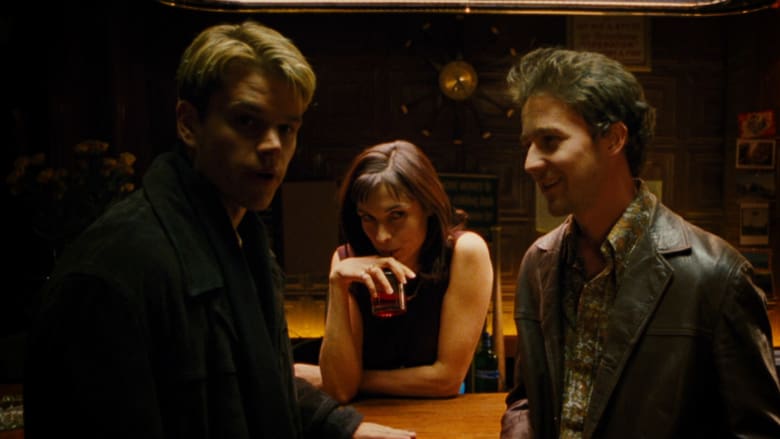 Rounders gets low critic’s ratings on both IMDb and Rotten Tomatoes, and I can only assume that those people didn’t understand the 90s.  This film is so dated it hurts, but in the best way possible, and watching it is like traveling back to a simpler time when every single plot outline hadn’t already been recycled a million times.  Some standard recipes were still fresh, and directors knew just how to manipulate them enough to convince audiences that what they were watching was pure gold.  But we should let ourselves be convinced, let ourselves be swept away, because that’s the joy of the movies, isn’t it?  Rounders is a 90s icon with great acting to propel the story and predictable events that chug along in a perfectly lovely and comfortable way, making this smooth ride nothing short of genius.

Mike McDermott is a poker player, that’s what he was born to do, and taking the game away from him is like cutting off an arm or a leg; you know it’s gone but you can still feel the tug.  After he loses a giant pot to the sinister Teddy KGB, which represents the loss of his dreams of going to Vegas and making it big as a professional gambler, Mikey swears off the game, hitting the books to become a lawyer and trying to forget poker.  But that’s impossible, and when his best friend Worm gets out of prison and asks Mikey to become his gambling partner once more, it’s hard to say no.  Now he’s back in over his head and owing money to some dangerous people, but the call of the cards is stronger than ever, because he knows that he has what it takes to play with the big boys, and that winning isn’t merely a matter of luck.

The narration, the angst, the dark dens, the petty violence, the notable hotties; it’s a 90s dance party and we’re all invited.  It might have come out in 1998, but Rounders is a summation of the decade and of this type of drama; people really ought to respect it more than they do.  Its delivery is near perfect, and its characters are gold; what else are you looking for than a cool crime movie about underground poker that succeeds around basically every corner?  Thrills, defeat, grit, growth; check, check, check, and check.  And then there’s the cast: Damon, Norton, Malkovich, John Turturro, Martin Landau, Famke Janssen.  That’s quite a group, all in their respective prime, you don’t see that every day, and that’s just another reason to love what we’re watching.  Rounders is not just a drama, not just a gambling movie, it’s a pot we’ve already won before we even sit down to ante up, a gift given to us by the cinema gods that shan’t be taken in vain, so help me, amen.