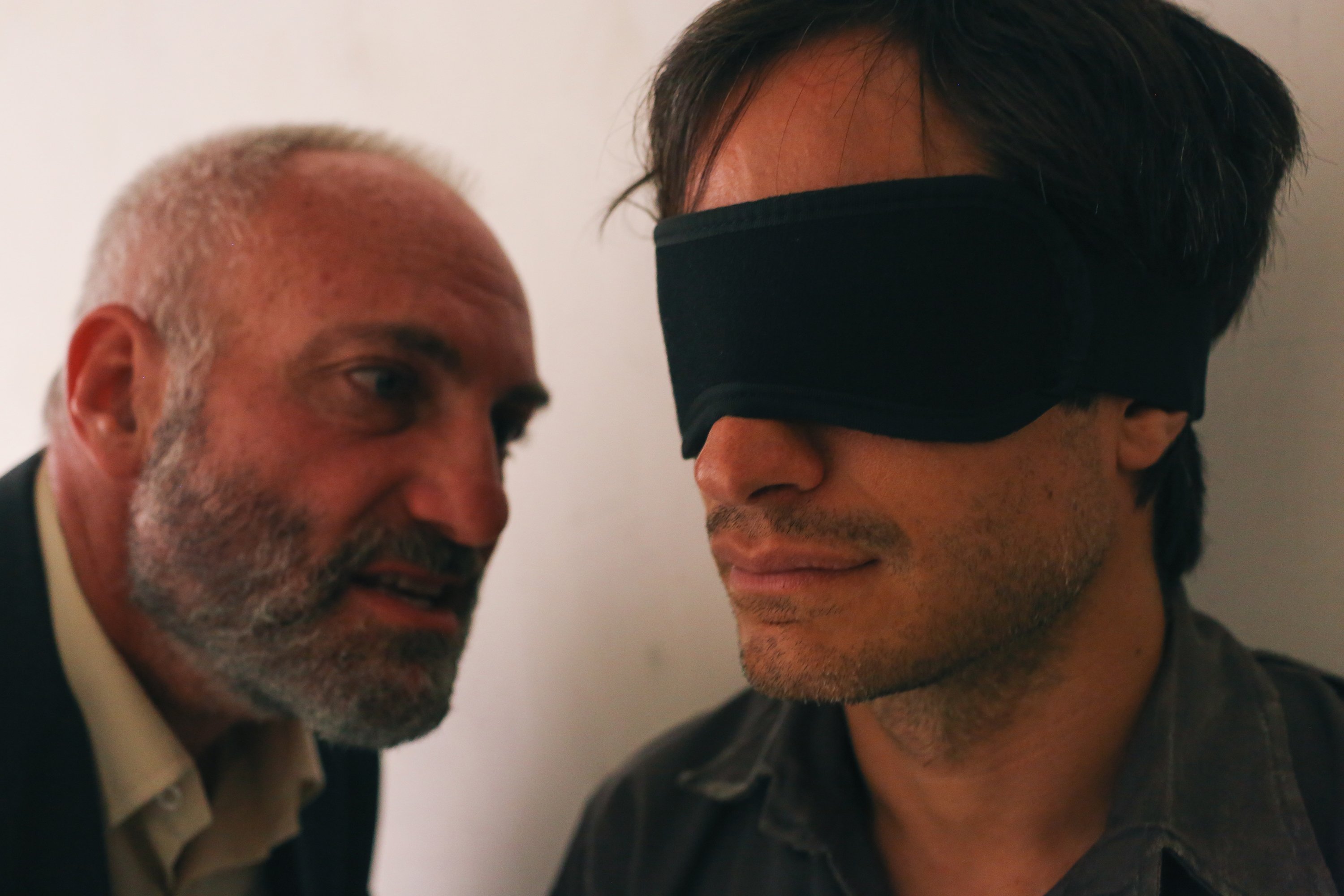 The first name that should pop out at you here is ‘Jon Stewart’.  Yes, that’s the same Jon Stewart who hosts The Daily Show, though not for much longer.  He’s moving away from comedy and continuing with what his show has become about in reality; politics, activism, sociology.  The Comedy Central “news” show will continue with another host, but Jon has other projects in mind.  Rosewater marks his directorial debut, but I think we can expect more of the same in the future.  He wrote & directed this film, a project that received Oscar buzz for its original style, documentary feel, and relevance to current issues.  For a first attempt, it’s a highly professional film, one that will elicit emotion from audiences and remain with you long after you turn away from the screen.

This is the true story of Maziar Bahari, a reporter for Newsweek magazine who traveled to his homeland and was held for 4 months in an Iranian prison as a spy.  Bahari was born in Tehran, Iran, went to school in Montreal, Canada, and would become the Iranian correspondent for Newsweek.  During the 2009 election battle between Ahmadinejad and Mousavi, Bahari covered the youth movement in this newly democratic process.  When Ahmadinejad won by a landslide and protests swept the city of Tehran, Bahari was there with his camera to capture the violence.  When one of his videos was traced back to him, Bahari was arrested as an American spy and held in solitary confinement for 118 days.  His torture was more mental than physical, becoming an example of the iron-fisted regime of Ahmadinejad and the danger facing reporters in volatile nations.

Perhaps it’s unfair to amateurs to call Jon Stewart an amateur director, because most first-timers can’t create a product this refined on their first attempt.  After all, he’s spent years covering politics, writing not only jokes but story lines, surrounded by film & television in a way that makes him a bit of an expert.  So it shouldn’t be surprising that he succeeded on all levels.  The film had just a touch of modern technology & feel, with hashtags & graphics used sparingly but effectively.  The story was told simply, with no added melodrama or cheesy catharsis to prove a point.  It was like a documentary brought to life, but without the Hollywood norms that ruin so many other docu-dramas.  Bernal was perfect in his role; frightened but restrained, human to the core, never taking a very troubling story over-the-top.  Stewart’s film career is about to take off, starting with Rosewater and continuing to unimaginable heights.