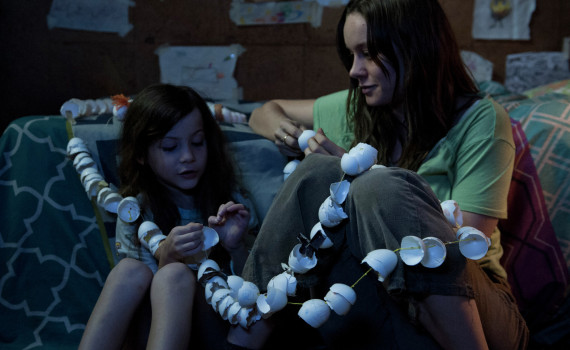 Room has been touted as perhaps the second best film of the year, behind only Spotlight in the too-early rankings that ultimately mean very little, but can still be fun.  Very rarely is a movie this highly praised & respected only to fall extremely short, and Room definitely doesn’t disappoint in either its attempt at an Oscar or its prowess as a stand-alone drama.  It may very well go down as one of the best of the year, if one of the least seen in that category, a film that won’t get the attention of Joy or The Danish Girl, but delivers a depth of emotion to rival the best that Hollywood’s top directors have to offer.  But with all the positives that Room undoubtedly deserves, it quite simple isn’t the greatest film of 2015.  Its story may be the most moving you’ll see this year, or this decade for that matter, but its acting doesn’t quite match its intensity, ultimately keeping it from the perfection required to be Best Picture.

In a place called Room, Jack lives with his Ma.  They and Old Nick, a man who comes at night sometimes, are the only people in existence.  Everything else is just TV; animals, fancy foods, other humans.  And outside Room is outer space, a vast sky of nothingness that, of course, isn’t safe.  The things in the room are the only things that matter; Lamp, Bath, Sink, Wardrobe.  This is Jack’s existence, and the locked door that Nick comes through might as well be a gateway to another dimension.  Little does Jack know that he & his mother are captives in artificial space, that she once lived a normal life outside, and that Nick is not their friend.  As times grow more desperate, Jack will be sent on a daring mission by his mother in order to earn their freedom, a quest that will take him outside for the first time, an event that will change his life forever.

The story of Room is undeniably phenomenal.  It’s based on a novel by the same name, which is itself inspired by true stories of captivity that involved the birth of children as a result of rape.  Jack has never lived anywhere but Room, prohibiting him from understanding his mother’s desire to leave their home, even keeping him from conceptualizing that there is anything out there anyway.  ‘Heavy’ wouldn’t be the right word to describe this plot, but it will have to do, since the weight of the story makes itself felt continually.  And when events continue in the “real world”, things just get more difficult, if that’s possible.  But while the concept of the film and Tremblay’s perfect characterization will keep it in the Oscar conversation, acting by others involved should stop it from winning.  Larson was only strong alongside her fictional son, failing to continue when asked to go it alone or, even worse, act in conjunction with Allen, who wasn’t great.  The Room section, Tremblay’s acting, the depth of drama inherent to the story; these were the strengths of the film, and are enough to make it a must-see.  But its flaws (Larson & Allen, the outside section, William H. Macy in an odd cameo) are what should keep it from taking gold.